The Israeli Supreme Court decision forcing the government to evacuate by March the settlement of Migron, a home to approximately 50 families, has been under fire by nationalists for some weeks now. Can Migron be saved?

The legislative attempts from the coalition and the opposition to prevent the evacuation have been unsuccessful thus far. Coalition MK Zevulun Orlev (Jewish Home) proposed a bill that would prohibit the evacuation of settlements housing at least 20 families for a period of four years or more.

Earlier this month, the government’s Ministerial Committee for Legislative Affairs decided to postpone a decision on whether to support the bills until April, after the deadline for evacuating Migron. As the Jewish Press reported earlier this week, veteran Likud Ministers Begin, Eitan and Meridor oppose both bills.

Migron’s residents are not waiting for politicians to change their fate and are offering a one million shekel reward to anyone who can provide legal proof that Migron is owned by its residents and is not private Arab land. The residents of Migron are hoping one way or another their homes will be saved. The reward endeavor or politicians’ success in saving Migron will be determined in March. 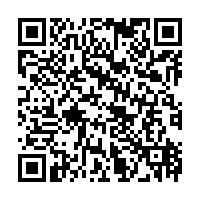