Knesset Ethics Committee Chairman and Deputy Speaker Yitzhak Vaknin announced during the spring recess that he will not seek re-election to the Knesset.

Vaknin has been a Knesset member representing the ultra-Orthodox Shas party since the beginning of Prime Minister Netanyahu’s first term in 1996. No current Shas MK has served as long.


In addition to serving five consecutive Knesset terms, Vaknin also served as Deputy Communications Minister in Ehud Barak’s administration and Deputy Labor and Welfare Minister in Ariel Sharon’s administration. He has become a staple of both the Finance Committee and Appropriations Committee for over a decade, fighting to narrow the gaps between the rich and the poor in Israeli society.

Vaknin, 54, is not the typical Shas member. He retired an I.D.F. Major (Rav Seren) and speaks fluent Arabic. He lives on a moshav in the upper western Galilee near the Lebanese border that has a mixed population of Jews and Arabs. He served in various local political positions from 1982 until his election to the Knesset in 1996.

Vaknin’s position that the thousands of ultra-orthodox Jews who don’t learn in Yeshiva but are registered as such should be forced to serve in the military was not a popular one in his party. He is one of the biggest supporters of the ultra-orthodox unit that was established in the I.D.F.. He has always been one of Shas’ most popular members among secular MKs, which paved the way to his appointment last year as Chairman of the Knesset Ethics Committee.

Vaknin said he is leaving politics because he feels he has gotten everything he wanted out of being a Member of Knesset. He stressed that he will remain until the end of the current term. Shas has been suffering in the polls, so his co-workers have the bittersweet challenge of saying goodbye to a friend while feeling secretly relieved that he won’t be competing for a spot in the next Knesset. He is considered close to Shas’ spiritual leader, Rabbi Ovadia Yosef, so the probability of him joining another party, such as the ones likely to be created by Aryeh Deri and Chaim Amsallem, are next to none. 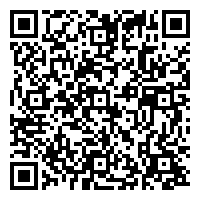