MK Aryeh Eldad held a meeting with dozens of activists and supporters of the Hatikva Party at its Tel Aviv headquarters on Monday night. MK Eldad represents Hatikva in the National Union Faction.

Eldad informed his supporters that Hatikva will begin its membership drive after Independence Day, and his party will have clean elections to build its party list for the next Knesset. Hatikva’s Central Committee Deputy Chairman David Band announced the annual membership fee will be a mere NIS 30 per person.


Eldad noted the differences between himself and the other 119 MKs, including his position that Jordan is Palestine. He stressed the importance of primary elections in a democracy and expressed hope that the other parties in the National Union would follow suit. 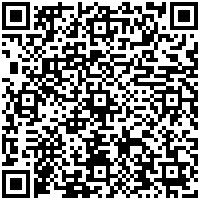