In 1648 and 1649 Bogdan Chmelnitzky and his hordes of Cossack warriors perpetrated an annihilation campaign against the Jews of Poland and the Ukraine. Almost 100,000 Jews and 300 communities perished at the hands of these murderous mobs. All of the Jews, including infants, were targeted for murder; the general populaces nearly always joined in the attacks, and the torture and degradation of Jews was an integral aspect of the murderer’s procedures. None of those who survived were spared pillage and plunder, looting and larceny. The Chmelnitzky massacres were a holocaust, no different than the Holocaust we are all familiar with. Only the techniques were not as efficient and modernized, as it was not captured on film.

After these devastations it was only natural to hope for – indeed to expect – the arrival of the Messiah to redeem the tattered masses from their misery and squalor. Their desperation was so great that they were ready to believe the outlandish assertions of a Greek Jew named Sabbatai Zvi, who claimed to be the messianic redeemer.

But Sabbatai Zvi was an imposter, a persuasive one with a good public relations team but no more than a charlatan that misled an anxious and desperate people.

And if his deceit was not great enough, he dealt a crushing blow when he converted to Islam to avoid punishment.

The Sabbatai Zvi debacle brought on its heels a subsequent fiasco with the emergence of Yaakov Frank, who claimed to receive Divine revelations. Against the warnings of the rabbis, Frank managed to keep Sabbateanism alive until he encouraged his followers to adopt Christianity.

The horrendous debacles in the Jewish community were concomitant with the convulsions in Poland that followed the Chmelnitzky massacres. There were the Tatar incursions from Crimea, the Moscow War and the Swedish War, each one accruing more bloodshed, suffering and destruction to the beleaguered Jews of Poland. Thousands were killed, thousands were forcibly converted to Christianity and the remainder was uprooted, scattered, persecuted and exiled.

It was at this time that the Church renewed and strengthened the blood libels, accusing entire Jewish communities of having murdered a Christian child so that the victim’s blood could be utilized as an ingredient for matzah. From 1700-1760 not a single year passed when a libel was not attempted, and dozens of court cases were brought to trial in order to further aggravate the hatred of the Jew.

Eventually the central institution of the Eastern European Jews, the Vaad Arba Artzos (Council of Four Lands) was compelled to send a delegation to Rome to appeal to the pope to issue a decree that Jewish law does not require the sacrifice of a Christian child prior to Passover for the purpose of matzah-baking.

There was a stiff head tax on every single Jew. A communal tax and additional taxes and fines were periodically imposed. The inability to pay one’s tax to a local landowner meant imprisonment – often for the entire family.

The ability to earn a livelihood to just live, let alone the execrable taxes and fines Polish Jewry was burdened with, was no easy feat. Vast numbers of professions were forbidden to Jews, leaving only a few realms of despised employment available, such as money lending and running taverns for the local Polish landowners.

For the simple, peasant Jews, and even for the modestly more successful ones, the situation was extraordinarily bleak. The only person that had offered any hope was Sabbatai Zvi, and the aftershocks of that disaster were still palpable. The rabbinic leadership was unable to relate to the masses and offer solace.

Indeed, there was a total disconnect between the rabbis and the people. The few rabbis that dared to speak out about the corruption that prevailed among their colleagues who had acquired their positions by bribing officials, faced punishment or banishment. The less courageous blamed the suffering on the diminishment of Torah learning. The solution to the privations, the torment, the poverty and the false accusations, they pressed, lay, as always was the case, in repentance.

The rabbis had no novel ideas to suggest a formula that was specifically adapted to the times. On the contrary, anything that seemed to vary in even the minutest detail from age-old tradition was viewed as dangerous and squarely verboten.

Sabbatai Zvi was a memory too painful to dissipate, and the early signs of the Enlightenment from Berlin had already broken through the surface.

It was then that the Baal Shem Tov was revealed. (To be continued)

Those interested in screening Rabbi Teller’s acclaimed documentary, “Reb Elimelech and the Chassidic Legacy of Brotherhood,” should contact him at hanoch@hanochteller.com. 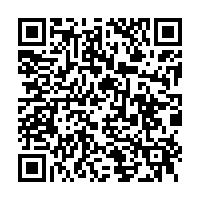