The National Union went on the road this week, despite the Knesset’s recess. The first stop was Naot Kedumim, near Modiin, where the faction took a specialized agriculture tour in the popular Biblical Landscape Reserve. After the tour, MKs Ariel, Eldad and Ben-Ari, faction manager Uri Bank, and other National Union faction officials sat down with the manager of the site, who informed them of the many difficulties Naot Kedumim faces in the areas of development, promotion, marketing, infrastructure, and transportation.  The National Union agreed that the educational aspect of the reserve is important and said they will encourage more visitors, particularly youth, to the site.

The next stop was Ateret, where the National Union heard from local representatives about the current and planned projects for the Shomron settlement. The faction viewed the new access road to Rawabi, the new exclusive Arab city being built on the mountain next to Ateret. The MKs were shocked to see the access road being built in Area C, an area under Israeli civilian and military control, despite government assurances that the road would not interfere with Ateret’s current projects and transportation access.


MK Ariel reacted to the new road:  “The rapid development of Rawabi is very alarming.  There is an urgent need to find solutions to refrain from harming Jewish access roads both from a security standpoint and in terms of infrastructure, and I will work most urgently together with my faction.”  MK Eldad, also upset by the road, said, “the claims that objections to the road were published legally are false, unless they were published in Zimbabwe. Together with the Members of Knesset, I will take parliamentary action in order to stop these illegal activities in Rawabi.” 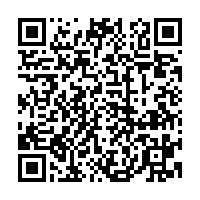