A Nov. 1 op-ed column by Errol Louis (certainly not a Donald Trump fan) in the New York Daily News should give observant Jews pause.


Mr. Louis reported on a letter delivered to Mrs. Clinton this week by black ministers affiliated with COGIC, an evangelical Christian domination with more than six million members.

The column noted that last year Mrs. Clinton declared to the National Association of Women: “Far too many women are still denied critical access to reproductive health care and safe childbirth…. Laws have to be backed up with resources and political will. And deep seated cultural codes, religious beliefs, and structural biases have to be changed” (emphasis added).

The anti-abortion COGIC noted that “In New York City, more black babies are dying in their mother’s womb than are being born… How do you [Mrs. Clinton] justify your unconscionable silence in the face of such destruction of innocent black life? Don’t black lives matter?”

The letter also declared: “A well-financed war is now being waged by the gay and lesbian communities in the U.S. and abroad on the faith of our ancestors. Furthermore, there are some in your party who seek to criminalize our biblical texts as hate speech.”

The letter tells Mrs. Clinton that “… the importance of our freedom to operate in accordance with our faith cannot be overstated.”

It would seem to me that one needs to distinguish immoral and despicable words and even actions by politicians on both sides of the political fence from their views of what public policy should be on the great moral and social issues of the day. The latter is what will determine the laws that are proposed to Congress and the individuals who will be nominated to serve on our courts.

In the absence of easy insight and clear perspective apropos choosing a candidate for president, we might turn to our Jewish legal tradition for some answers and inspiration.

I am sure in some sectors of the Orthodox community where there is greater centralized authority this is already being done, given their reliance on what is known as Da’as Torah, namely the superior intellect and reasoning of sages and scholars who possess a unique ability to sense what must be done in meta-halachic realms, not the least of which are matters surrounding an election.

But others not usually so inclined might see this year’s election, which continues to confuse and confound, as different and at least seek some means of a p’sak, a religious ruling or insight. One Talmudic observation might assist this exercise. In Tractates Ketubot 12b and Bava Kamma 118a, the rabbis state: “bari v’shema, bari adif” – in a case of certainty against that which is unknown, we favor that which is known and established.

Hillary Clinton might come with much baggage and concern but we have a record to work from and a modicum of legislative accomplishment, especially her record as a U.S. senator from New York, to go on.

Donald Trump, on the other hand, is a deep black box, full of mystery, mania, and intrigue. In my humble opinion, it is best to work from a place of knowledge, experience, and certainty and hope the person who is tried and tested will marshal learned lessons, victories and defeats, errors and achievements, in ways that might surprise and please her greatest detractors.

In a lengthy letter (Oct. 21), reader Alan Krinsky argued that Donald Trump’s character is in dissonance with numerous Jewish values.

For example, he claimed Trump habitually lies and cites “the respected fact-checking website Politifact” to back up his claim. Respected by whom? Liberals might hold this website in high esteem, but conservatives certainly do not. And for good reason. Politifact – like the mainstream media – is a thinly disguised leftist operation, claiming the mantle of objectivity.

It also lacks any sense of humor or appreciation for figures of speech. For example, Trump said in August that Obama and Clinton “founded” ISIS. Any child over 10 knows Trump didn’t mean that Obama and Clinton held a secret meeting with leading terrorists in the basement of the White House at which they conspired to found an organization to kill Americans. He obviously meant that the Middle East policy of Obama and Clinton led to ISIS’s explosive growth – which it did. Yet Politifact took Trump’s words in a straightforward sense and declared that Obama and Clinton did not, in fact, found ISIS. No kidding!

Here’s another – more pernicious – lie from Politifact: Trump, it states, made fun of a disable reporter in November 2015. This lie has been repeated as undisputed “fact” by basically all media outlets and numerous Trump haters for a year now. Here are the real facts: Trump flapped his hands at a campaign rally to mimic a flustered reporter. The reporter turned out to be handicapped. Trump adamantly denied knowing the reporter was handicapped, but no one paid attention. “Trump Mocks Handicapped reporter,” headlines ran.

In general, there seems to be no depth to which the media and Trump haters will go to discredit him. No lie is too dastardly. No misrepresentation is beyond bounds.

People sometimes ask me why I support Trump. The answer is simple. He’s smart, he’s competent, and he loves this country – unapologetically. He’s a Clint Eastwood-like figure – tough and plainspoken.

He also is a supremely kind man. Here are two reports of his kindness that even his enemies admit are true: 1) Trump flew a sick Jewish boy for special care on his private plane when he heard no commercial airline would agree to accommodate his medical equipment. 2) Trump sent $10,000 to a bus driver after seeing a news story about him saving a woman from jumping off a bridge.

The fact that Trump has such good children – whom even Hillary Clinton admires – testifies to his character as well, I believe. As Mike Pence put it, “You can’t fake good kids.”

In an interview with The Jewish Press in July, Jason Greenblatt, chief legal officer of the Trump Organization, had this to say about his boss: “Having worked here for twenty years as a frum person, I can tell you that Donald has been enormously respectful of my being Shomer Shabbos. He has bent over backward to help me…”

He also testified to Trump’s smarts: “I’m always amazed when I come to him with an issue on a deal – just how quickly he gets it and how quickly he proposes not just one but often several possible solutions. Some of them are super creative.”

With our country falling apart within and under attack from without, this is the kind of man we need as president. Someone smart, someone who understands the world, someone who has no illusions about the dangers of radical Islam.

Ivanka and Jared Heading to Israel 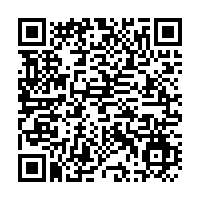