Our discussion last week of the Nov. 8 presidential election centered on our lament that the focus of the campaign had shifted from a comparison of the candidates’ positions on critical issues to a fixation on a seemingly endless series of personal “gotcha” moments.

So, as a matter of underscoring our chagrin, we basically urged readers to make their voting decisions based on issues rather than personal foibles – perhaps some serious ones – and did not specify our choice. This, even though our preference for Mr. Trump was plainly manifest in what we had to say.

However, developments since then have impelled us to cross the line and endorse Mr. Trump outright. On Friday, the Federal Bureau of Investigation announced it was reopening its criminal investigation, closed this past summer, of Hillary Clinton’s possibly illegal mishandling of national security material. The decision was said by the director of the FBI to be based on the discovery of some 650,000 e-mails on a computer belonging to the husband of a senior Hillary Clinton aide and characterized by the director as including some that “appear to be pertinent” to the earlier closed investigation.

It is inconceivable to us that the investigation would have been reopened so close to the election absent the discovery of evidence of serious wrongdoing.

And so we urge readers to come out on November 8 and vote for Donald Trump for president of the United States. He represents America’s best hope for reversing the calamitous course on which elected officials from both the Republican and Democratic parties have led us. Israel, the Supreme Court, immigration, health care, the economy, gender rights, and national defense – issues we have addressed many times in earlier editorials – are just some of the areas in which he will bring back common sense and sanity.

Donald Trump is the better choice. 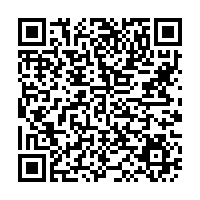