In Resolution 2334, the UN Security Council refers to Israel as an occupier of ostensibly Palestinian territory demarcated by lines drawn on June 4, 1967. As our American political process continues to refine the nation’s position on the subject of Israel’s borders, we should not give undue authority to the definition of the 1967 lines.


America would do well to acknowledge that scripture records God’s promise to give Abraham “the whole land of Canaan…as an everlasting possession.” Genesis contains a description of the covenantal land as extending “from the river of Egypt to the great river, the Euphrates.” This Abrahamic covenant established Israel’s original borders.

Many Americans challenge the authority of Scripture or doubt its applicability to modern, nonreligious life. Yet others who hold Scripture to be authoritative disagree about whether the Abrahamic covenant applies to the modern nation-state of Israel. Passionate debate about these differences is healthy and its existence indicates the enduring power of God’s word.

As a Judeo-Christian nation whose founders recognized God as the ultimate authority over matters both spiritual and practical – and considering the number of Americans who abide by that truth today –America should have a national discussion of Israel’s borders that begins with the biblical definition, giving appropriate weight to God’s unconditional, perpetual covenant with Abraham and his descendants.

You have been in the forefront in covering Israel’s “lone soldier” phenomenon, which is, as far as I know, an institution unique to the Jewish state

When I joined the Israel Defense Forces in October1972 at age 22, I was a lone soldier, although I never felt alone. I appreciate the comradeship and support I received from my fellow soldiers and officers and although it has been fifty-five years, I have never forgotten all the positive experiences I had.

In Israel With Mike Huckabee

I was with former governor Mike Huckabee in Maale Adumim last week at the cornerstone-laying ceremony. The group traveling with him was given hats with the slogan “Build Israel Great Again,” an obvious tribute to Donald Trump’s “Make America Great Again.”

We also participated in planting an olive tree in what will be the new Huckabee Park. Mayor Benny Kashriel proudly affirmed that the city of 41,000 residents on the outskirts of Jerusalem would always be there, and with the incoming Trump administration, the Obama-imposed building freeze would come to an end.

The new Regulation law presently in the Knesset could be tantamount to declaring sovereignty over Judea and Samaria, and Maale Adumim could be the first community to realize that new status.

In light of all this, and recognizing that Arab terror attacks against Israelis – the latest one in Jerusalem on Sunday, which took the lives of four soldiers – it seems preposterous for talk of a “two-state solution” to continue.

Our trip with Governor Huckabee – to the Old City of Jerusalem, Amona, Maale Adumim, Hebron, and Sderot – followed fast on the heels of the despicable UNSCR 2334 and John Kerry’s speech laying the blame for the failure of the “peace process” on Israeli settlements and was an affirmation of Israel’s right to be a sovereign nation.

Not Quite A Chip Off The Old Block

Yitzhak (in his memoir he spelled the name as “Yitshaq”) Ben-Ami was part of a small group of Irgun members, followers of Ze’ev Jabotinsky, who came to the United States from pre-state Israel in order to raise support for the idea of a Jewish Army idea and for struggle to establish an independent Jewish state. Most of all, they desperately wanted to save the Jews of Europe.

This was at the beginning of the Second World War. There was widespread isolationism in the United States, widespread anti-Semitism, an intimated Jewish community, and not even their ideological comrades, the American Zionist Revisionists, were supporting them.

The leader of their group was Peter Bergson, aka Hillel Kook, of the great rabbinic family that included HaRav Avraham Kook of very blessed memory. Prior to coming to America, Ben-Ami negotiated with Eichmann, may his name and memory be obliterated, in the hope of saving European Jews.

The Bergson Group successfully lobbied Congress to create a United States government agency to save the Jews of Europe, which became the War Refugee Board.

The above and much more is found In Ben-Ami’s book Years of Wrath, Days of Glory: Memoirs from the Irgun. It’s one of the best books I’ve read on the subjects of the Holocaust and the birth of Israel. (I also suggest reading A Race Against Death: Peter Bergson, America, and the Holocaust by David S. Wyman and Rafael Medoff.) 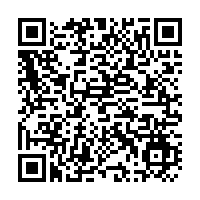