I agree with Monsey resident, Rabbi Yosef Gavriel Bechhofer. The Lohud article on the problems of Ramapo is balanced and fair – just as he said it is.

Ramapo is a town in Rockland County, New York that includes the hamlet of Monsey. Based on this article, it is about the last place I would ever want to live.

I have been to Monsey a few times and was impressed at the ‘country life’ flavor of that village which gave religious Jews an opportunity for the suburban lifestyle combined with the Orthodox amenities that make it possible for a religious Jew to live there. Those primarily being Shuls within walking distance, religious schools, Kosher food stores, and Kosher restaurants.

It was interesting to me that the Chasidim that first came there and were used to (and I thought preferred) the city life of Brooklyn actually chose to abandon it for life in suburbia. Brooklyn concrete was traded in for tree lined streets; sprawling front lawns and backyards; and homes with attached garages.

One of my close friends from Chicago that moved to New York back in the 80s sought to live in a place that would not be the stereotypical concrete jungle for which Brooklyn is famous (infamous?) He found Monsey to be ideal. He bought a home located at the time in a growing Modern Orthodox Community near Rabbi Moshe Tendler’s Shul. That is no longer the case, he tells me. The Modern Orthodox are being squeezed out by the rapidly growing Chasidic community.  It is that rapid growth that is causing some major problems and conflicts.

This is not news. The conflict came to a head a few years ago when the religious Jews who had been elected to the East Ramapo Board of Education were accused of biasing their decisions to favor their religious schools – thus short-changing the public schools whose student base was diminishing. I am not here to discuss that sad event. Suffice it to say that each side has its own version of what caused their particular problem. I mention it only in the context of the strife that now seems to exist in this part of the world.

The exponential and relatively rapid population growth (both internal and external) of Ramapo is a problem with many facets.

Growth requires housing. In many cases housing that can accommodate large families. So there has been an explosion of housing developments toward that goal that have ignored the needed infrastructure to make living in those communities anywhere near as pleasant as it once was. Far from it.

I recall this exact complaint being made by a Charedi individual who lives in a community like that and who published his thoughts in the Charedi media. This is more than corroborated by the Lohud article. Multi unit buildings are going up where existing streets cannot possibly accommodate the additional traffic that the increased numbers of residents present.

And as if that weren’t enough, there have been more than a few building permit violations where limitations imposed by those permits are completely ignored by developers – without sanction.

There are the houses that are purchased and converted to Yeshivos which are unsafe and against zoning laws.

These issues are not only upsetting to the non-Jews of Monsey. They are upsetting to some of the religious Jews living there too. In one case a Modern Orthodox Jew who is a long time resident of Monsey is suing a Shul that is responsible for one such conversion.  And he has the support of his Orthodox rabbi!

And then there is the uncontrolled sprawl of growing populations that need to go beyond the borders of the pre-existing neighborhoods. They seek new areas to eventually become the new ‘Frum’ area.

Most of these people are not anti=Semites. They have had no particular animus to religious Jews. They are people who fear major changes to the character of their secular neighborhoods. They see religious Jews coming in converting their town into a Chasidic enclave whose culture is radically different from that which they are used to. And they don’t want to move out of a home they have been living in for decades.  Can anyone blame them for being upset?

What about the right of people to live wherever they choose regardless of their religion?  Don’t they have the right  and to buy a home in any neighborhood they choose and to build institutions in those neighborhoods designed to accommodate their needs?

Of course they do. And with their exponential growth that right is accompanied by need. Does that give them the right to take over a town even by legal means? Perhaps. But doing that does not win any friends.

When combining all these factors, you get a breaking point. Which the Lohud article says Ramapo is in.

This is not to impugn everyone. But there are a few guilty parties here that deserve to be highlighted. Even though it isn’t entirely their fault, they have in my view contributed the most to the problem.

There are the unscrupulous developers that skirt the law by violating the terms of their building permits.

There are those that buy homes for purposes of creating a yeshiva or other religious institution and violate the zoning laws.

There are those who build without considering the infrastructure requirements – like wider roads and more parking availability.

There are those that build structures adding on to homes that block access to emergency vehicles.

I believe that these individuals deserve the lion’s share of the blame. But even good people that do not do anything wrong – looking only to accommodate their legitimate housing needs contribute to the problem. We are talking about rights versus rights.

That is exacerbated by a perceptions of bias (whether true or not) on the part of a school board dominated by religious Jews elected by a town full of people that do not use the public school system that board is primarily designed for.

The problem is that when 2 sides are competing for their rights in way that will drastically affect their lives a lot of acrimony is built up. What to do about it – I don’t know.

I wonder how many people that live there agree with Yehuda Weissmandl. The following excerpt that gives his take on the issue – I think – sums things up pretty well:

“I’ve watched (the Hamlet of) Monsey evolve into a little city,” lifelong resident Yehuda Weissmandl said during a recent speech to the national convention of Agudath Israel of America, a leadership and policy organization of ultra-religious Jews.  “Explosive growth of these proportions triggers explosive backlash,” said Weissmandl, a Hasidic Jew who is president of the East Ramapo Board of Education, a developer and a landlord. The tension sometimes erupts into acts of hatred. News stories on Ramapo and Rockland frequently attract thinly veiled anti-Semitic comments. Critics of developments for Hasidic and other ultra-Orthodox Jews are compared to Nazis. Ugly rhetoric about Jews in Rockland is common on social media. In some instances, street graffiti declaring “No Jews” or similar words have defaced property for-sale signs. Powerful fireworks have been exploded outside the homes of rabbis in New City.  “Is it only hate? Absolutely not,” Weissmandl said in his speech to Jewish leaders. He said those who have lived in the area their entire lives are afraid of change. “They used the schools, used the shopping, and (now) the stores are closing down, neighbors are changing,” he said. “They’re petrified, and they’re reacting to it.”

Netanyahu: The Coronavirus Crisis is Fundamentally Different, It Will Get Harder Before It Gets Easier 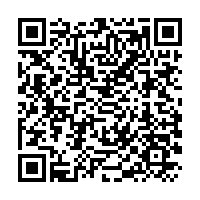