A Call From The Past

In my Senior Forum column of January 27, there was a photo of me dancing with Mendel Kozlowski at a musical entertainment program at Ateret Avot Senior Home of Brooklyn.

A few days later I got a call from a man in Florida who told me he saw the picture and wanted to know how Mr. Kozlowski was doing. I asked the man how he knew Mr. Kozlowski and he told me they’d been in business together many years ago.

Then it hit me. Mr. Kozlowski would sometimes talk about running a hotel on the Upper West Side of Manhattan. I told the caller the name of the place –the Markwell Hotel – and he confirmed that was the place where they’d been business partners. He said he was happy to see that his partner was still going strong – he was dancing with great enthusiasm in the picture – and was happy when I told him Mr. Kozlowski’s wife was doing fine as well.

The Kozlowskis were having lunch at that moment and Mr. Kozlowski’s old partner said he would call again at another time, adding that he was grateful for the information. When I told the Kozlowskis about the call, they immediately remembered the man and seemed amazed that he had made contact after all these years.

You get up and dance … your picture appears in The Jewish Press … and who knows who’ll call you?

I really enjoy reading Rabbi YY Rubinstein’s monthly column. Wow, does he have a handle on our country – and he’s not even a native-born American.

Torah knowledge gives a person such an accurate lens. He’s so knowledgeable, not just about America but about the entire world. The Jewish Press is blessed to have him. Your columnists in general are superb.

Thank you for Beth Sarafraz’s informative and moving account of filmmaker Anat Zalmanson-Kuznetsov’s documentary about her parents and the Soviet Jewry movement, “Do You Know Your Parents Are Heroes?” (front-page essay, Feb. 3).

Anat’s father, Edward Kuznetsov, and her mother, Sylva Zalmanson, are indeed true heroes, and the attempt by them and several friends to hijack a plane out of the Soviet Union, though unsuccessful, was one of the most memorable stories to come out of the Cold War.

I’m so happy to see that Anat’s film, “Operation Wedding,” has already won awards and I wish her luck on her American tour.

I am a becoming more and more disappointed with your editorials. By insinuating that those who advocated a recount of the presidential vote in certain states were somehow all part of an organized Democratic conspiracy, and by totally ignoring President Trump’s repeated and incendiary assertions – disavowed by members of his own party – of massive voter fraud, and by condescendingly dismissing the protests against Trump’s immigration ban, you risk alienating readers who may be just as hawkish as you on Middle East issues but not nearly as enthusiastic as you about our new president.

What prompts me to write, however, was last week’s editorial about the president’s statement on International Holocaust Remembrance Day. You rather mildly characterized the absence of any mention of Jews or anti-Semitism as “a disappointment” and then quickly shifted the focus to former presidents George W. Bush and Barack Obama, whom, you wrote, “in at least some of their Holocaust Remembrance statements…seemed to dance around specifying the centrality to the Holocaust of the targeting of Jews.”

Really? Did you bother to check? I did, and here’s what I found.

In 2007, the first year a White House statement was issued on International Holocaust Remembrance Day, President Bush said: “We must continue to condemn the resurgence of anti-Semitism, that same virulent intolerance that led to the Holocaust…”

In 2008 Bush repeated his condemnation of anti-Semitism and prefaced his remarks by stating “I was deeply moved by my recent visit to Yad Vashem, Israel’s Holocaust Museum.”

In 2009, President Obama, rather than issuing a statement, spoke at the Holocaust Days of Remembrance Ceremony in Washington, reflecting for several minutes on the evils of the Holocaust and Holocaust denial, and on the impact of seeing photographs of the Jewish victims of the Nazis, “whether in the Holocaust Museum or when I visited Yad Vashem, and they never leave you.”

In 2010 Obama spoke on a videotaped message commemorating the liberation of Auschwitz. “We have a sacred duty to remember the cruelty that occurred there…. Those brick buildings from which there was no escape – where so many Jews died with Sh’ma Israel on their lips…”

In 2011, in a written statement, Obama declared, “I join people here at home, in Israel, and around the world…as we mark one of the darkest, most destructive periods in history. To remember is a choice, and today we remember the innocent victims of the Nazis’ murderous hate – six million Jews and millions of other people…”

The following year Obama wrote, “Michelle and I join people in the United States, in Israel, and across the globe as we remember the six million Jews and millions of others who were murdered at the hands of the Nazis…. Together with the State of Israel and all our friends around the world, we dedicate ourselves to giving meaning to those powerful words: Never Forget. Never Again.”

The year after that: “We honor the memories of the six million Jews and millions of other innocent victims whose lives were tragically taken during the Holocaust….”

In 2014: “Each year on this day the world comes together to commemorate a barbaric crime unique in human history. We recall six million Jews and millions of other innocent victims…. In our lives, we always have choices. In our time, this means choosing to confront bigotry and hatred in all of their forms, especially anti-Semitism.”

The next year: “The American people pay tribute to the six million Jews and millions of others murdered by the Nazi regime. We also honor those who survived the Shoah, while recognizing the scars and burdens that many have carried ever since…. The recent terror attacks in Paris serve as a painful reminder of our obligation to condemn and combat rising anti-Semitism in all its forms, including the denial or trivialization of the Holocaust.”

And in 2016, the final year of his presidency, Obama said this: “We solemnly remember the six million Jews and the millions of others murdered by the Nazis during the Holocaust…. Today, and every day, we stand in solidarity with the Jewish community both at home and abroad. We stand with those who are leaving the European cities where they have lived for generations because they no longer feel safe, with the members of institutions that have been attacked because of their Jewish affiliations, and with the college students forced to confront swastikas appearing on their campuses.” 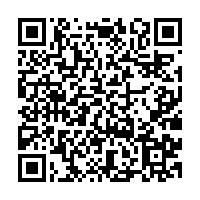