Some readers misunderstood my point two weeks ago, so let me explain: I’m not an “anti-vaxxer.” Personally, I encourage vaccinations whenever they are medically advised. My op-ed was not an attack on vaccines, but rather a rejection of the notion that an unvaccinated child may be banned from school.


Bodily autonomy is sacrosanct. We cannot coerce vaccination. Likewise, we cannot deprive a child of an education. Our communities are obligated to educate all children without exception. Statistical “public health risk” doesn’t exempt us from this two-millennia-old requirement. Only actual incapacitating illness does.

A child’s lack of immunity to infectious disease does not excuse us from educating him. “Herd immunity” is not a Jewish value and has zero basis in halacha.

To a Torah teacher and community leader, it should be irrelevant whether parents have valid reasons for not vaccinating. A child cannot be punished for his parents’ noncompliance with the state’s vaccine schedule. And yet, shockingly, rabbinic leadership stands by idly while thousands of Jewish children are being wrongly deprived of a Torah education.

A community that doesn’t educate all its children is guilty of excommunication (Shulchan Aruch, Yoreh De’ah 245:7), and the onus of this communal obligation lies squarely on its rabbis. Yet, not only have rabbis neglected these children; some have abused their authority by attempting to strong-arm parents into compliance. A rabbi has no business giving medical advice to anyone unless he is a medical doctor.

Halacha doesn’t permit us to quarantine or shun healthy children. Jewish schools, therefore, violated halacha by ousting healthy children. As community leaders, rabbis are obligated to organize their communities to open new schools that will accommodate all Jewish children.

The Holy Temple was destroyed because children were barred from learning Torah for no valid reason (Shabbos 119b). History is repeating itself in New York. Let’s fix this churban now.

The Truth About Vaccines

All the letters last week responding to Rabbi Green’s article on unvaccinated children just parroted what the media feeds the public.

I urge the authors of the letters and all who want to understand this topic well to read the scientific literature on it. Read the details of the safety studies. Read books by reputable doctors and historians. One great book is Dissolving Illusions by Dr. Sussane Humphreys.

Another great resource to check out is the Plotkin deposition. Dr. Stanley Plotkin is the biggest pro-vaccine expert. He is on the advisory board of most, if not all, vaccine manufacturers and was involved in making many vaccines.

He really knows the inside story and gave eight hours of testimony under oath (the case involved a divorced couple, one of whom didn’t want their child vaccinated). There is loads of information in it to digest and think through. With an open mind, one will gain quite a bit of clarity.

The scary part is that most people bite on the bait provided by the government and turn against other people and ultimately themselves. Wake up! Start listening with an open mind and heart. Your freedom, your health, and your life are at stake.

Unvaccinated Children Should Be Barred (I)

As the director of a Chabad House, Rabbi Michoel Green should know that the Lubavitcher Rebbe supported vaccinations even if it adversely affect a few patients.

Rav Akiva Eiger supported smallpox vaccines even though they posed a danger to one out of every 1,000 people – a far greater danger than that posed by today’s vaccines.

No one can claim a religious medical exemption in the name of Judaism. We are permitted to use pig valves, ingest non-kosher medications, and employ all methods to preserve our health.

The rabbis who are barring non-vaccinated children from schools are showing true leadership. The solution? Home-schooling. Let anti-vaxxer parents pay teachers and rebbeim privately using the tuition money they save by not sending their children to yeshivos.

I hope they will be honest, though, and tell these private instructors that they are at risk of contracting diseases that could have been – and should have been – eradicated.

Unvaccinated Children Should Be Barred (II)

I am surprised The Jewish Press would print the op-ed, “Stop Punishing Unvaccinated Children,” by Rabbi Michoel Green. The rabbi does not mention measles, but there was a measles outbreak in New York City, and most of the people who got this dangerous disease were unvaccinated children.

I don’t see why any parent would not want to vaccinate his or her children. Derech eretz comes before everything, even the Torah. Allowing children who are not immunized in schools places other children at risk.

The Democrats Have Gone Off the Rails

The Democrats were just tested and, by their defense of Tlaib and Omar, showed that they are completely unhinged and “Corbynized.” There is nothing left in the Democratic Party that a Jew with seichel can support.

A Trump victory unfortunately might be an existential necessity rather than a luxury.

Unfortunately for both Israel and President Trump, Rashida Tlaib has proven to be a masterful tactician in getting essentially the entire Democratic leadership to support her and her anti-Israel agenda.

Rashida Tlaib has played a masterful game. The question now is whether she has unified her party against Israel or divided it prior to the presidential election.

Avrohom Shmuel Lewin’s article last week on the Disengagement is an important read and a reminder of the destruction of the lives of 8,500 Gush Katif Jews 14 years ago this week.

Although most of the evacuees were able to rebuild, some still live in the trailers the government gave them after letting them effectively live homeless for many months. The price of human suffering in this failed “experiment” cannot be measured.

The Gush Katif expulsion was led by Major General Gershon Hacohen who today says, “No one in his right mind in Israel will now agree to a disengagement from Judea and Samaria except for a few left-wing radicals.”

Yet, the “two state solution” – based on surrender of most of Judea and Samaria – continues to be touted. The U.S. Congress recently overwhelmingly passed an anti-BDS bill (H. Res. 246) that was widely applauded. However, in it was language calling for a “two state solution.”

Twenty-one Knesset members sent a letter to Congress arguing that the two-state solution is “far more dangerous” than the BDS movement. With which terrorist entity, after all, would Israel share its land? With Hamas? Hezbollah? Fatah? Iran?

The expulsion from Gush Katif was not only a great mistake; it was a great human tragedy. Never again should any Jewish community be expelled from its land, especially not as part of a pilot “peace” program.

Kudos to Israel for Barring Tlaib and Omar

Barring Reps. Ilhan Omar and Rashida Tlaib from entering Israel, is the best thing Israel could have done, and President Trump should be commended for suggesting it.

Ben Shapiro contends it was a mistake on Israel’s part; he argues it painted Israel as intolerant of dissent. But allowing Omar’s and Tlaib’s obvious rabid hatred of Jews to go unchecked only serves to spread more hatred. The only message Israel sent by its decision is that it’s intolerant of those who wish to harm it. Well, it’s about time.

The hateful speech coming from these two congresswomen is not that far removed from the despicable anti-Israel tirades from PLO and Hamas leaders. Israel does not have a problem with dissent; it has a problem with Trojan horses.

You’d think that Muslims in Congress would use whatever influence they may have on Palestinians to promote peace. Instead, Omar and Tlaib have done nothing but add fuel to the fire. They’ve brought to Washington the kind of Middle East anti-Semitism and libels against Israel that would have been unthinkable to hear from a member of Congress only a decade ago.

Their kind of hateful speech has been the impetus for much deadly violence in the past and should not be covered by freedom of speech. It’s appalling that Congress allows such evil to fester in its midst.

How Much Does Tlaib Love Her Grandmother?

Golda Meir famously said, “Peace will come when the Arabs love their children more than they hate us.” Now after being given permission by Israel to visit her grandmother in the West Bank, Congresswoman Rashida Tlaib is refusing to make the trip to make a political point against Israel. It seems that Tlaib hates Israel more than she loves her grandmother.

On That ‘Fredo’ Nickname

CNN Commentator Chris Cuomo is too thin-skinned about being called Fredo. Let’s put things in perspective. His Italian American grandparents, like millions of other Italian immigrants, had to deal with discrimination in the job market, housing, medical care, higher education and more. And President Trump puts up with far worse on a daily basis.

His brother Andrew has been far more successful than Chris, having served as Secretary for Housing and Urban Development, New York’s attorney general, and New York’s governor. All Chris has is his low-ratings TV show.

As Don Corleone said in The Godfather to Johnny Fontane (accompanied by a slap to his face), who was lamenting his inability to get the leading role in a movie that would jump start his failing career: “Stop crying like a baby and stand up like a man.” 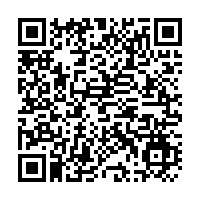