Last week, in this space, we lamented the crumbling in America of the “marketplace of ideas.” We noted that there are some who would stifle ideas with which they differ. And we reported on efforts on the Left to intimidate members of the Trump Administration in their private lives and challenge the legitimacy of the Trump agenda and not simply express their policy differences with it. More broadly, we also reported about attempts to impose a political orthodoxy through economic and social pressure. Sadly, two more disturbing examples surfaced the day after last week’s issue of The Jewish Press hit the stands.

The United States Supreme Court will soon decide a hot-button gun control case which implicates all of the relevant arguments that have been raised on both sides of the issue. Typically, only cases which lend themselves to differing but plausible interpretations of statutory and constitutional law ever make it to the Supreme Court. This is because the cases must pass through lower level trial and appellate court stages, where some cases are winnowed out and the issues and arguments are finely honed. So the Supreme Court ordinarily is called upon to choose between or among arguments that have a compelling appeal.


In the aforementioned gun control case, though, five Democratic members of the United States Senate filed a friend-of-the-court brief in support of the pro-gun control side and literally threatened the Justices of dire consequences if they failed to rule in their favor.

In their brief the Senators noted that from 2005 through 2017, in cases important to the political base of the Republican Party base, there was a plethora of 5-4 decisions in which justices appointed by Republican presidents provided a majority in ruling in favor of those interests.

The brief then goes on to say, ominously, “The Supreme Court is not well. And the people know it. Perhaps the Court can heal itself before the public demands it be ‘restructured in order to reduce the influence of politics.’”

The admonition is clear. Either you conservative judges get your act together and rule as liberal democrats do (ie., like the four dissenting Democratic appointed justices in the 5-4 vote cases did), and particularly in gun control cases, or your power will be diminished by enlarging the Court beyond the current model of nine justices.

Of course, if anything, the current configuration is the result of presidential election results and the ensuing federal judicial appointments. So the remedy in a democracy would seem to us to lie in gearing up for a victory in the next election.

This is not to suggest an endorsement of party-line judicial decision-making. It is to suggest that claiming a corner on correctness strikes at the heart of democracy.

Actually this is not the first time something of this sort occurred. It will be recalled that President Obama seemed to threaten the Supreme Court in the midst of its consideration of the challenge to the constitutionality of Obamacare.

A number of Justices had asked questions during the extensive oral argument in the case, which some legal observers at the time said indicated that there was a majority ready to declare the law unconstitutional. In apparent response, Obama warned against “unelected” judges overturning the law. He said though that he was “confident that the Supreme Court will not take what would be an unprecedented, extraordinary step of overturning a law that was passed by a strong majority of a democratically elected Congress.”

In fact, Obama used every bit of political legerdemain at his disposal to stifle debate on the widely unpopular Obamacare and muscle it through Congress. But the point is, in his caution to the Supreme Court he completed his assault on the separation of powers and declared that he alone should decide what was good for the country regarding one of the most consequential issues of our time.

And let us not forget FDR’s “court packing” threat after the Supreme Court persisted in declaring several New Deal programs unconstitutional. He too believed that he had a monopoly on what was right for the country and couldn’t countenance a rejection of his pet initiatives even if that meant not allowing the system to play itself out.

It’s time for a hard look at this growing phenomena of dismissing out of hand, opposing ideas about the people’s business. This is especially so now that this approach to governance is being espoused by some really powerful players who seem fully prepared to undermine the independence of their ostensibly co-equal partners in our democracy. 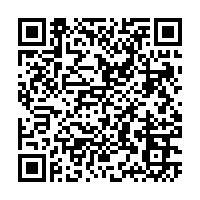