Why isn’t The Jewish Press calling out the members of the New Squad – Schiff, Schumer, and Nadler – for carrying out the agenda of the original Squad – AOC, Tlaib, Omar, and Pressley?

The New Squad – which is entirely Jewish – and their supporters need to remember history. They will be demonized for wielding more influence than our small numbers would warrant and for creating chaos. And who will be their staunchest critics? The original Squad and their supporters (and white racists who will join them).

The do-nothing Congress of the past three years has done nothing except wage war against a sitting president in the most uncivilized manner. Wake up, Republicans! Take back the reins and lead this democracy out of the morass into which it has sunk before we wind up with a new civil war in this magnificent country.

As a scientist, I have never thought the Torah’s description of the origin of the universe conflicted with that of science. Indeed, I am amazed at the agreement between them. If one adjusts the time scales, even the time frames are similar.

Let’s start with day one, when G-d created the heavens and the earth and said, “Let there be light.” This verse is in amazing agreement with current scientific description of the Big Bang that formed the universe. Cosmologists compare the Big Bang to a massive super-nova explosion, which is the brightest light we know of in the universe. In fact, remnants of the Big Bang can still be measured today as microwave background radiation after over 14 billion (man) years.

On day two, the heaven and earth were formed. According to current scientific understanding, the primordial soup formed at the Big Bang evolved into the universe as we know it today through subsequent condensations and accretions – first subatomic particles, then lighter atoms like hydrogen and helium, then heavier atoms, and then gasses, liquids, and solids. Finally, these coalesced into larger bodies and galaxies. All these within the vast void of space.

Amazingly, even the developments of days three, four, and five are generally in agreement with current scientific theories, except for the apparent transposition of the events of days three and four. But since the Torah is not just a book of history, but also of laws, ethics, and great literature, it often describes events out of strict chronological order, depending on the content. No real conflict.

On day six, we see the coming of man himself. This completes the Torah’s narrative. All that remained was a wait of 3,000 years for scientists to develop theories to verify it.

Let’s Not Fool Ourselves

The world doesn’t need another Arab terrorist state dedicated to the destruction of Israel. Should, G-d forbid, a Palestinian state be created, the only question is: Which terrorist organization will control it?

Israel’s naïve belief that giving Arab terrorists Gush Katif would bring about a peaceful co-existence must never be forgotten nor repeated.

It is Israel’s very existence that’s at the core of the conflict. Giving any land to Arabs will only encourage more terrorism. And to trust a piece of paper in exchange for ceding land is criminal. A two-state solution would be the stepping-stone for the “final solution” and suicide for our beloved Israel.

I know facts often do not matter. But the fact is that in 1964, when the Arabs had control of the so-called West Bank, they formed the PLO – the Palestinian Liberation Organization. What were they going to “liberate”? Obviously, all of Israel.

The stated goal of all of the Arab terrorist organizations is the total destruction of the Jewish state. Anyone who believes differently refuses to recognize reality.

A ‘Problem’ Worth Having

In the “Is It Proper?” column two weeks ago, you asked, “Do young children belong in shul?” Here are my thoughts:

We are commanded on Pesach to think of ourselves as having been at the Exodus. I suggest that we, the post-World War II generations, consider ourselves as having lived through the Holocaust. And I cannot imagine a greater joy for a Holocaust survivor than to be in shul alongside young, even distracting children.

One must be careful what one wishes for. There are shuls around the world in which the sound of children is a distant memory.

Yet, decorum and limitations are needed for the sake of davening b’kavanah. So I suggest that when it is absolutely necessary to admonish or remove a child, one does so without annoyance. Revel in this “problem” with thanks to HaKadosh Baruch Hu.

While there, national co-director Ariel Gold and her fellow travelers visited several Jewish religious sites to highlight the “distinction between Judaism and Zionism.”

The group also visited Tehran’s U.S. Den of Espionage Museum, housed in the former American Embassy. Amidst slanderous displays, Gold approvingly noted that the site was “dedicated to ending the U.S. Empire.”

She displayed no such enthusiasm when she visited Israel. Her group disrupted prayers at the Western Wall, unfurling pro-BDS and anti-Israel banners and posters. Israel has since permanently banned her.

Her unbridled animus towards the Jewish state was particularly evident in her response to Ambassador David Friedman upon the first anniversary of the Pittsburgh massacre. That atrocity, she tweeted, was due to him “and [his] Jewish supremacy, white nationalism”.

Although I was initially somewhat shocked to learn that Professor Alan Dershowitz was banned from speaking at the 92 Street Y, I realized upon further reflection that this development is merely a reflection of the hypocrisy of the day.

It is a sad state of affairs when a once proud Jewish institution succumbs to a standard of guilt by association. Professor Dershowitz functioned at one point as Jeffrey Epstein’s lawyer. If he is guilty of anything, it is permitting a professional relationship to develop into a friendly or casual association.

One wonders how the 92 Street Y would react if, say, ex-President Clinton – another Jeffrey Epstein associate – were to request a date for a speaking engagement. Something tells me he would be treated differently than Professor Dershowitz was treated.

Twenty-years ago, the 92 Street Y decided to break with its foundational roots and open on Shabbos. Had it continued to honor the sanctity of Shabbos as its founders no doubt intended it to, I have little doubt it would not have deteriorated to its current state – which, in my estimation, bears scarce reflection to anything remotely Jewish.

The Cause of Anti-Semitism

In his article, “The Anti-Semitism Handbook For Diaspora Jews,” Chananya Weissman lists various anti-Semitic acts and what our responses to them should be. What’s glaringly missing from his list of responses is “introspection.”

There’s a well-known axiom: Anti-Semitism rears its ugly head when Jews aren’t doing what they’re supposed to. By leaving out “introspection” from his list, Weissman gives the impression that anti-Semitism is just some random, accidental phenomenon, with no higher meaning.

History, however, shows that assimilation usually precedes anti-Semitism. In the case of Israel, one act in particular stands out as a blatant disregard of Jewish values: permitting gay parades in its midst, which should be as offensive to Jews as a gay parade in the Vatican would be to Catholics.

With such an open and flagrant violation of Torah values, it would be surprising if there were no anti-Semitism. To borrow a few words from a famous Einstein quote: G-d doesn’t play dice with the Jewish people.

Re Jerrold Sobel’s op-ed (“They’re Back: The Democrats & Israel”): I admit to being biased where Israel is concerned. It’s not just because I’m Jewish. I also believe Israel can play a key role in achieving world peace and a better life for all.

So I cringe when Elizabeth Warren, Bernie Sanders, and so many other Democratic leaders insist that Israel must cater to the Palestinians to realize a “two-state solution.”

“Palestinian” leaders have made it very clear that their goal is to rid the area of the Jews so they can take possession of it. The two-state solution would only be a temporary solution for them.

On an Air Canada flight last week, I showed Dennis Prager’s article – “Air Canada To Its Passengers: Your Opinions Mean Nothing To Us” – to a flight attendant. She, in turn, showed it to her supervisor who politely explained that Canadian government regulations forbid discriminating between genders. So, refraining from using words like “men” and “women” is not limited to Air Canada.

Canada was the fourth country in the world to recognize same-sex marriage. I wrote to the Jewish Minister of Justice at the time, asking how he could allow such a law to pass. He responded by sending me a copy of the law.

It’s noteworthy that approval of marriage contracts between men (and between men and beasts) in what brought about the Great Flood (Bereishis Rabbah 26).

You deserve a great deal of praise for your front-page coverage of Democrats showing up for the J Street convention. It’s very important in these troubled times for all people, especially Jews, to know who their true friends are and who will shift their positions depending on “which way the wind is blowing.”

J Street is a wolf in sheep’s clothing. It claims to be pro-Israel and pro-peace. The truth is it never criticizes Arab terrorism against Israel or Jews. Furthermore, it receives money from Arab nations that hate Israel and would like to see it destroyed. I believe J Street intentionally declares itself to be pro-Israel to deceive pro-Israel Americans with little time to get accurate information.

I am very disappointed in Senator Chuck Schumer, a man who called himself a “shomer,” or guardian, of the Jewish people, and greatly appreciative of your efforts to expose his betrayal.

In the Salute to Israel Day Parade last year, I stood silently with my grandchildren as others booed the senator as he walked by. I felt his participation in the parade alone made him a friend of Israel. Next year, if he has the chutzpah to march, I will join those who boo him. And I will boo loudly.

Nancy Pelosi, who has previously come to the AIPAC conference and touted her Jewish grandchildren, will also receive my boos.

As for the Democrats running for president, I can’t say I’m disappointed in them because I never had any respect for them to begin with.

I was horrified to learn of the anti-Semitism Rabbi Ron Yitzchok Eisenman experienced en route to the Museum of Jewish Heritage – A Living Memorial to the Holocaust to see the exhibition “Auschwitz. Not long ago. Not far away.”

This exhibition’s title was selected because we live in a world today where a Holocaust-like event is not unthinkable. The rabbi’s experience is why New York’s Holocaust museum exists – to educate the public on where the dangers of bigotry can lead.

Already more than 100,000 people have seen the exhibition in New York, and we are redoubling our efforts to make sure it continues to see significant traffic – especially school groups. According to a Claims Conference survey, 80 percent of Americans have not visited a Holocaust museum.

I am grateful to Rabbi Eisenman for sharing his story. 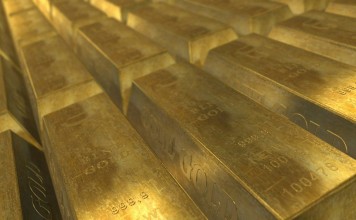 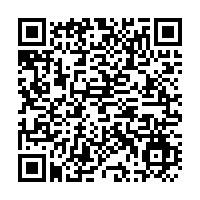