In one of those grand historical coincidences that I so love to feature in my Jewish Press articles, the first man and the first woman to almost complete the first transatlantic aerial crossing were both Jews.

Charles Lindbergh famously crossed the Atlantic on May 20-22, 1927, two weeks before the historic flight of the Jewish Charles A. Levine, who later became the first passenger to fly across the Atlantic Ocean. Levine would have beaten him – his plane was scheduled to take off well before Lindbergh’s Spirit of St. Louis – but for an unfortunate legal dispute, which led to a court issuing a temporary injunction grounding Levine.


Similarly, the Jewish Ruth Elder, (1902-77), who became known as the “Miss America of Aviation” and as “the Flying Florida Flapper” for her beauty, flamboyancy, and exploits as an aviatrix, almost succeeded in becoming the first woman to fly across the Atlantic Ocean. Though she ultimately failed, her flight was noteworthy in that it was, at that time, both the longest flight ever made by a woman and the longest flight over water by any pilot, man or woman (2,623 miles).

Born in Anniston, Alabama, Elder worked for a short time at a department store in Birmingham before marrying and moving to Lakeland, Florida, where she took a job in a dentist’s office. Swept up in the excitement and appeal of air travel in the 1920s, she became interested in flying and took flying lessons. After two years of regional flights and on the very day that Lindbergh successfully crossed the Atlantic, she decided to become the first woman to fly to Paris.

She gave two reasons for her decision. First, she wanted to be the first woman to accomplish the feat and, second, she loved Paris fashions, wanted to buy a dress there, and saw no reason not to just fly there and buy it herself: “They’ve got pretty evening gowns there, I hear…I’ve never been to Europe. Might as well go this way. Get some clothes. Doll up a little. Come back by boat, taking it easy.”

Critics immediately ridiculed her, calling her proposed flight a publicity stunt, prompted by Lindbergh’s success and designed to help her acting career. They were undoubtedly correct, at least in part; according to newspaper sources, Elder first declared that she would be the first woman to fly over the Atlantic Ocean during a beauty pageant in August 1927.

She was derisively called “a petticoat pilot” and many people believed, as one newspaper editor wrote, that it was “perfectly ridiculous…that she was going to risk her life just to gratify her stupid vanity.” Eleanor Roosevelt characterized her as “very foolish” and Lindbergh himself spoke out against the folly of women trying to replicate his feat.

But she ignored her critics and jumped every obstacle erected by the New York authorities, including passing a medical exam and a licensing exam. In plotting her routes, she made certain to avoid the worst of the Atlantic storms, but she nonetheless ignored basic aviation advice to avoid the North Atlantic in winter.

Her advisors strongly counseled her to wait until spring, but Elder, determined to be first, did not want to lose out to other women who were preparing to attempt the flight; in fact, aviatrix Frances Grayson was then preparing for her own transatlantic flight. (Grayson subsequently took off on December 23, 1927 and disappeared, never to be heard from again.)

As we shall see, Elder’s inflexibility played a key role in the ultimate failure of her mission; “Looking back,” she said, “perhaps my drive to succeed clouded my judgment. The weather was awful.”

Her choice of George Haldeman as her co-pilot “was as deliberate as [her] choice of airplane; he was one of the best pilots of the day.” Her selection proved propitious when the owner of Roosevelt Field on Long Island, concerned about the wave of aviation accidents there, refused to let her take off until she agreed to let Haldeman pilot the plane while she would serve as his co-pilot.

Just five months after Lindbergh’s feat, Elder and Haldeman took off in The American Girl, a bright orange, single-engine Stinson aircraft. After some delays, they finally lifted off from Roosevelt Field into the wind and threatening weather at 5:04 p.m. on Oct. 11, 1927. Lindbergh had made his historic flight in 21 hours, 40 minutes, and The American Girl carried 520 gallons of fuel, enough for 48 hours of flying time; as such, Elder believed the airplane would make it to Paris even if they ran into the most adverse weather conditions.

However, the plane encountered problems less than halfway to Paris when severe weather caused ice to form on the wings of the aircraft over the North Atlantic, straining its engines and dropping its oil pressure. The two pilots alternated crawling out along the aircraft’s fuselage to break ice off the plane’s tail and to release reserve gasoline, hoping to thereby lighten the aircraft, gain altitude, and go into a long glide as the plane’s oil pressure continued to drop. However, after flying over the Atlantic for 36 hours, with Ruth at the controls for about nine hours, and after flying about 2,600 miles, the plane lost oil pressure entirely.

Fortunately, Elder had anticipated the possibility of a water landing and charted her course near active shipping lanes, which ended up saving their lives when they were spotted by Captain Goos of the S.S. Barendrecht, a Dutch tanker en route to the Azores. They attracted the tanker’s attention by dropping two weighted messages, one of which struck the deck of the tanker, asking, “How far to land?” Crewmen aboard the vessel cleared part of the deck and painted the reply that the nearest land was 350 miles away at Cape Finisterre, off the coast of Spain.

The fliers determined that the plane could not cover that distance, and Haldeman landed the plane in the sea near the tanker, eight hours away from Europe in the middle of the ocean near Portugal’s Azores Islands, where a small boat rescued them. A short time later, when they were safe aboard the tanker and efforts were being made to bring their crippled plane aboard, it suddenly exploded in the water and sank beneath the waves.

When The American Girl failed to show up at Bourget Airfield in Paris as scheduled, the international media exploded with extensive coverage mourning the pilots’ deaths, declaring them presumably lost at sea, but joyous coverage ensued soon after with news of their rescue and survival. More than a week after ditching her plane, Elder finally arrived in Paris aboard a plane provided by The New York Daily Mirror, which published her account of her Atlantic flight. She was enthusiastically greeted by a massive throng in Paris, where she was dined, honored – and taken on her shopping trip.

Upon her return to the United States via ocean liner, she was greeted by a ticker-tape parade in New York City on November 11, 1927, and was invited to lunch at the White House by President Calvin Coolidge. Haldeman, who had been the principal pilot, was practically an afterthought.

But Elder’s career as an aviatrix did not end with the failure of her cross-Atlantic flight. She entered the first Women’s Air Derby, also called the “Powder Puff Derby” – so named because before taking off, Elder and several other women took time to powder their noses and event announcer Will Rogers commented, “It looks like a Powder Puff Derby to me!”

The grueling, widely sensationalized, nine-day, 2,759-mile air race from Santa Monica, California to Cleveland, Ohio began on August 18, 1929. At the time, there were only 75 licensed American female pilots, only 40 of whom met the Air Derby’s minimum requirement of 100 hours of solo flight. Competing against 20 foremost aviatrixes, including the likes of Amelia Earhart, Louise Thaden, and Gladys O’Donnell, Elder acquitted herself quite well, finishing fifth. Although Thaden won the race, the media attention was heavily focused on Earhart and Elder, reflecting their iconic cultural status as America’s leading female flyers.

Three years later, in 1932, Earhart became the first woman to fly across the Atlantic when she was taken from her job as a social worker in Boston and placed in a cockpit as a marketing scheme. (Of the first eight women to attempt a transatlantic flight, only Earhart and Elder survived.) It is doubtful, however, that she ever would have been on that flight and earned her monumental fame had Elder been successful – and, in one of the world’s enduring mysteries, she never would have disappeared during a planned around-the-world flight in 1937.

After her flights, Elder cashed in on her worldwide fame and popularity, earning a quarter-million-dollar contract to go on a vaudeville tour, an incredible fortune at that time. She also made lucrative personal appearances and two movies as a Hollywood starlet, “Moran of the Marines” (1928) and “The Winged Horseman” (1929), co-starring Hoot Gibson, neither of which survive today.

In her later years, she worked as an executive secretary in the aviation industry, and was hired by Howard Hughes, who had forgotten who she was. However, she became essentially broke after a series of business setbacks and six divorces.

There is a Ruth Elder Lane in Pikesville, Maryland, a Jewish area in Baltimore, today. 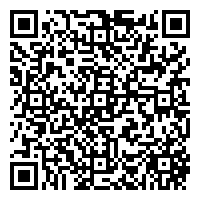