Boycotts Can Work Both Ways

Benjamin Brown’s article on The Jewish Press’s website last week describes a French government order, backed by the European Court of Justice, to label all Israeli products made in the “settlements” as “settlement products.” That comes very close to calling for a boycott.


I remember in 2011 when a boycott of Israeli goods was launched by the local council of Scotland’s scotch-producing region. Among the distilleries involved in the boycott were Morrison Bowmore, Loch Lamond, and Chivas Brothers, which produces the popular Chivas and Glenlivet whiskies. American Jews reacted to this outrage by threatening to stop buying their products. The council got the message and backed off.

I hope all Jewish Press readers who feel strongly about the recent French and EJC actions act similarly by stopping to buy French wines and urging their friends and colleagues to follow their example. By spreading the word, we can succeed like we did with the Scottish boycott.

Jews must speak up and not let themselves be victims all the time. They have to fight back and protest, not just complain and be bullied. In the wise words of Edmund Burke, “All that is necessary for the triumph of evil is for good people to do nothing.”

I was on one of the buses accompanying Reb Shlomo to the airport en route to his burial on Har Hamenuchos in Israel. Through the window, I remember seeing amongst those standing silent and moved Rebbetzin Esther Jungreis, z”l.

Twenty-five years ago, I wrote an article in The Jewish Press about Reb Shlomo’s legacy: his nigunim. Some sing them without even knowing who composed them. My son David is becoming 12. When I hear him sing along with one of these songs, I turn to him and say, “You know, that’s one of Reb Shlomo’s nigunim.” I think it’s important to know.

Last week, The Jewish Press published a list of Reb Shlomo’s top 10 songs with seven more “notables.” I was surprised to see “Mimkomecha Malkeinu” missing from that list. I have heard it sung in so many places over the years, particularly by young people who are too young to have known Reb Shlomo.

Reb Shlomo’s nigunim are a gift – treasures, in fact, that will endure the passage of time.

The recent anti-Semitic attacks in New York remind me of a basic truth: Civilization rests on morality. Without it, people will do what they want when they want.

“Get more police on the street,” people say. That proposal may help and should be implemented. But law enforcement, ultimately, is no substitution for morality. Policemen can’t be everywhere 24/7. And when a society becomes very immoral, policemen take bribes and look the other way.

Civilized society is a precarious phenomenon. Man’s natural state is war. When you want something, you steal it. If you don’t like your ruler, you kill him. That’s how man acted throughout most of human history (and still acts in certain parts of the world today).

Thus, the late Lubavitcher Rebbe’s long-term solution to crime – making sure that everyone, Jew and non-Jew, knows about G-d and His commands – should not be snickered at. Ultimately, it is the only solution.

I Grew Up With Sheldon Adelson

I was so pleased to read about the large donation Sheldon Adelson and his wife made toward starting a new medical school at Ariel University in Samaria. I am so proud of Sheldon. We grew up in the same impoverished Jewish neighborhood in Boston. As pre-teens, we often played on Wildwood Street.

Our families were just emerging from the Great Recession. With our parents as an example, we worked hard to succeed. There were others who also did amazingly well, including Dr. Danny Rudman (who contributed so much to medical research) and Sumner Rothstein (now Redstone).

Sheldon as a little kid got along so well with everyone. I knew he was a winner even then; and I am pleased and proud of his accomplishments. His contributions to the state of Israel, to Judaism, and to humanity are immense.

May G-d grant him many more wonderful years. I know he will be remembered for centuries to come. 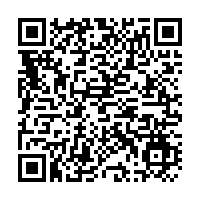