A few weeks ago, we reported on the ongoing conflict between Tzahal and the young settlers of Kumi Ori, a tiny hilltop outpost near the settlement of Yitzhar.

Last week, the army and police arrested 21-year-old shepherd Neriyah Zaroge for defying a military court order compelling him to keep away from his Kumi Ori home for three months in the interests of “national security.”


On November 13, a large police force gathered in Yitzhar with an arrest warrant for Zaroge, who they believed was hiding in the house of a friend. They discovered him sitting in the attic of the house, playing guitar and singing Zionist songs, his leg securely locked into a heavy metal contraption on the floor.

After four hours of futile labor with hammers and electric saws, a special rescue unit of the fire department was summoned to help. Using heavy-duty equipment, they managed to finally break through the thick slabs of metal.

What the police didn’t know was that a hidden camera recorded all their actions, including the curses and blows they aimed at the defenseless youth who stated over and over that they were violating his G-d-given right to live wherever he pleased in the Land of Israel.

The Attorney General’s office requested the court to extend Zaroge’s arrest until the end of the judicial proceedings against him, but the court ordered that he be released for lack of evidence against him. When the prosecution demanded that his release be accompanied by Zaroge’s agreement not to return to Yesha for the remainder of the military court order against him, Zaroge stated that his allegiance was to the Torah, and Hashem’s commandment to settle and possess the Land of Israel takes precedence over the laws of the state.

The presiding judge gave him an extension of a few days to reconsider the offer, but this Sunday, Zaroge once again refused to sign a document promising that he wouldn’t return to Kumi Ori. Another hearing was called for this Thursday. Meanwhile, he remains in administrative custody.

Last week, at the 29th memorial ceremony for Rabbi Meir Kahane, attended by hundreds of people in Jerusalem, Zaroge was presented an award as the Young Zionist of the Year. His wife, Miriam, accepted the award on his behalf, saying her husband would not sign any statement that negated the right of the Jewish People to live as free Jews in Eretz Yisrael. The Jewish Press spoke to the idealistic young woman, mother of two infants.

The Jewish Press: How did you come to settle on the isolated hilltop outpost?

Zaroge: Neriyah and I grew up together on the yishuv of Kochav Yaacov near Pisagot. We married three years ago when we were both 18. It was clear to both of us that we would do whatever we could to further the settlement of Eretz Yisrael.

At first, we lived in a caravan in Yitzhar. When we heard that the givah, Kumi Ori, was looking for families to live there, along with the boys who were studying in the beit midrash on the site, we immediately volunteered.

With the money we had from the wedding, Neriyah purchased a herd of sheep. Half of the day he spends learning, and the other half grazing the herd. I learned holistic medicine and advice people in Yitzhar who are searching for alternate solutions to a variety of ailments.

Are you worried about your husband’s well-being in prison?

I’m not happy with the conditions he has to deal with. It isn’t like being at home. And I haven’t been allowed to see him. But we knew we would get to this stage in our struggle to uphold the right of the Jewish people to settle the length and breadth of Eretz Yisrael, just like Avraham Avinu was promised in the Torah.

There are young people who refuse to be restricted to the boundaries of existing settlements, and the authorities try as hard as they can to prevent us from doing what, to us, is the most natural thing in the world. The police and the army and the courts should be helping us to further the settlement of Eretz Yisrael, not trying to stop us.

There are about 30 of us against whom the authorities have issued orders of administrative eviction and detention, claiming that we represent a danger, without presenting any evidence at all.

This week, the judge himself said that he saw no reason to keep my husband under arrest, but the Shabak and the military prosecutor do everything they can to crush our spirit. That’s what they really believe is dangerous – not the fact that we herd sheep over desolate hillsides which the Arabs claim are theirs, but us raising the laws of the Torah over the laws of the land. That’s what they’re striving to crush.

They can arrest us, and keep us in prison, and prevent us from returning to our homes, but they cannot rob us of our spirit. The spirit of the Torah will triumph in the end. They know that in their hearts, and that’s what makes them so afraid and antagonistic.

But we won’t give up. If they raze one hillside settlement, we will establish an outpost on some other mountain. Jewish history didn’t end with the establishment of Medinat Yisrael. All of Biblical Israel belongs to the Jews, and, b’ezrat Hashem, we intend to settle it all. 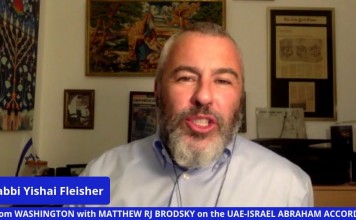 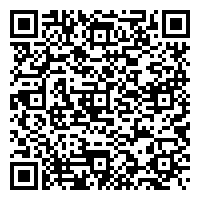