America Reaps What It Sows

The recent spate of vicious anti-Semitic attacks should not come as a big surprise. It coincides with another phenomenon unprecedented in modern U.S. history: open virulent anti-Semitism in Congress.


The kind of anti-Semitic diatribes uttered by Reps. Ilhan Omar and Rashida Tlaib have been the cause of much death and mayhem around the world. Is there any reason to believe that such diatribes wouldn’t make an impact here?

People have been fired or run out of business for speech that is a lot less racist and hateful than Omar and Tlaib’s, so why are these two hate-mongers still in Congress? Are we waiting for more diatribes and deaths?

Omar and Tlaib should be expelled immediately. Individuals with such an uncultured and savage outlook don’t belong in civilized society, let alone Congress.

After the knifing in Monsey on Chanukah, I listened to a radio program that compared the pacifist, non-violent reaction of Monsey Jews to the quick shooting of a murderous shooter in a church in Texas.

Frum Jews called in explaining that they were attacked because they were identifiable Jews. They couldn’t even respond to the comparison because they don’t think of protecting themselves or fighting back.

Those who fired back in the Texas church are hailed as heroes, while the stabbed Jews of N.Y. are considered victims of anti-Semitism. Jews love to be victims, I guess.

There are currently groups of Jewish men and women being trained in martial arts. My daughter is in one of these groups. These groups are proliferating, but they are still small. It’s time to change that. Every Jew should join one.

It’s time for Governor Cuomo and Mayor De Blasio to resign. Their liberal policies have been tried and found to be greatly lacking. The anti-Semitic attacks in New York City and Monsey have proven that a decrease in punishment only leads to an increase in violent behavior.

Helena Hawkins op-ed two weeks ago – “Why Nobody Likes The Jew” – elicited many thoughtful responses. Permit me to advance another:

Theological anti-Semitism (which includes Christian anti-Semitism and Islamic anti-Semitism) sees Judaism as outmoded and Jews who cling to it as stubborn infidels who must be persecuted for refusing to embrace the new religion that displaced it.

Political anti-Semitism today comprises the belief that the “Palestinians” have displaced the Jews in the Holy Land. We have no right to govern ourselves in our ancient land. We must leave or live under Arab rule.

Academic anti-Semitism comes is belief – held by many professors – that Progressivism has displaced Judaism. Progressives refuse to allow room for traditional Jewish beliefs and thus try to force yeshivos in countries like Great Britain and states like New York to teach sexual abominations. Leftist professors also openly brainwash students with atheistic theories about creation, sexual identity, and gender roles, never allowing for the validity of the Torah position.

In short, when you don’t possess the real truth (religious, politically, or academically), you protect your version of it by trying to destroy the competition. Hence anti-Semitism.

Where Are the Arrests?

While we should be greatly disturbed by the frequency of hate crimes against Jews in our city, we should also be concerned by the NYPD’s failure to apprehend the perpetrators.  With cameras all over the place, one would expect the rapid arrest of hate mongers followed by convictions and substantial jail sentences.

Who’s to blame for the failure to catch the criminals? First, the police and Mayor de Blasio. Second, the Jewish community (including groups like the ADL), which has failed to react vehemently to the crimes.

The time is long past when hate crimes could be tolerated. Special dedicated forces by the government are required and, if necessary, Jewish groups should combat the perpetrators physically.

Hatred Flows From the Top

How horrible to be innocently going about one’s business, only to have an assailant appear out of nowhere, spit in your face, punch, kick, or slap you, and then shout an ugly curse at you because you’re a Jew.

Anti-Semitism was steadily decreasing in America until two Muslim women were elected to Congress and given prestigious positions on House Committees where they seem free to spout their hatred of Israel and the Jews.

Ilhan Omar, a Democrat from Minnesota, and Rashida Tlaib, a Democrat from Michigan, are greatly responsible for legitimizing anti-Semitism. Omar is well known for her dismissal of the 9/11 attacks by saying, “Some people did something.” When talking about the Israel lobby, she said, “It’s all about the Benjamins,” and she has accused Israel of “hypnotiz[ing] the world.”

Meanwhile, Islam is creeping onto college campuses through Hamas-linked anti-Zionist groups such as Students for Justice in Palestine and the Muslim Students Association, and K-12 school curriculums are being poisoned by Black Lives Matter and CAIR, which serves as a front for the Muslim Brotherhood.

Where does all the hatred come from? I would guess that most people who attack Jews don’t even know them. But they have been indoctrinated by hate-filled words from their leaders. Many of the mosques in this country have imams who call for Israel’s destruction and hatred of the Jews. Many also call for America’s downfall.

It’s a tragedy that Mayor De Blasio has failed to properly control the outbreak of anti-Semitic hate that has hit New York City. But all of society should be aware: History has shown that tragedies befalling the Jews are a warning signal to all. Jews are the canary in the coal mine.

You carried an interesting article two weeks ago on the permissibility of Jews enjoying Xmas music (“Is It Proper?” column, Dec. 20).

I wonder what the rabbis featured in this column would say about songs created by Christian evangelicals that are inspired by – and whose words are taken from – our Tanach. These are arguably “our” songs, which they’re stealing them from us!

Many chassidim believe that evil forces cant take sacred melodies captive. They also believe that one can elevate music, and that non-Jewish melodies can be spiritually redeemed (purified) and restored. One example is the Hungarian nigun “Galus, Galus,” which started as a love song that the Kalever Tzadik (1744-1821) heard a Ukrainian shepherd singing.

I don’t think a song with words from Tanach should be considered idolatrous just because a non-Jew uses it in his worship.

Lazar Kaganovich, featured in Saul Jay Singer’s column last week, was one of the most prominent Jewish villains of the last century. He was born into an observant family and embraced communism at an early age together with his four brothers.

His faith in communism was so sincere that after the party expelled him following Joseph Stalin’s death, he spent the rest of his life begging for readmission. His loyalty to Stalin was ironclad. He did nothing as his older brother Mikhail faced demotion and imminent arrest. This brother committed suicide in 1941.

Why did Hashem give this rasha 97 years of life? Perhaps so that he would live long enough to see the failure of his beloved ideology. He died the same year the USSR collapsed.

It was Mikhail who introduced Lazar to communism. In the end, a non-Jewish grandson of Mikhail, Alex Kvacheniuk, made aliyah in 2008, fought in the IDF, and converted to Judaism. “I firmly believe that I am part of the people of Israel. I want to be a part of my country and become a Jew in the full sense of the word,” he said in a 2012 interview with the newspaper Maariv.

A century after the Kaganovich brothers abandoned Yiddishkeit, some of their descendants are returning to it. Typical of the story of Russian Jews.

Congress approved a 3.1 percent salary increase for federal employees effective January 1, 2020 as part of a $1.4 trillion spending package that the president just signed into law. Retired federal employees and Americans on Social Security, however, receive a meager 1.6 percent cost of living increase. 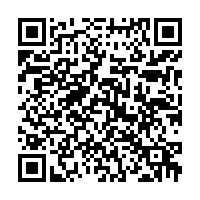