Member of Knesset (MK) Alex Kushnir from the anti-religious Yisrael Beiteinu party, who recently published a video in which he blamed rabbis and religious women for the overload in Israel’s healthcare system is now facing a massive lawsuit for copyright infringement he allegedly committed in the video.

In the clip, published on Tuesday, Kushnir claimed that health clinics are required to give rabbis medical assessments to support their religious decisions for women, thus needlessly burdening the already overtaxed system.


He further alleged that such conduct was a precursor to more violent religious coercion in the Jewish state, and incorporated illustrations that are reminiscent of classic anti-Semitic propaganda.

One of the drawings Kushnir incorporated is that of Rabbi Shlomo Zalman Auerbach. The illustration was taken from the comic book “Rabbi Kahana,” which was published by the Jewish Idea Yeshiva in Jerusalem.

The Jewish Idea Yeshiva is seeking compensation from ​​Kushnir after he used the illustration without permission and in an apparent breach of copyright laws.

A letter sent to Kushnir by Itamar Ben Gvir, who is representing the Yeshiva, stated that “the video is abusive and disgraceful, but in any case, you were not given permission to use the illustration.”

The letter demanded that Kushnir remove the illustration immediately from the clips distributed on the various media networks and compensate the Yeshiva for violating its rights in the sum of NIS 100,000.

Ben Gvir stated that “in addition to the fact that MK Kushnir disseminated harsh and anti-Semitic incitement against the ultra-Orthodox public, including the traditional Israeli public, he also added insult to injury, violated copyright laws and used a photo of a great rabbi for his anti-Semitic propaganda.”

“Now we will teach him through the pocket what copyright infringement means, and no less important, that the defamation of Jews is very expensive,” he added.

Kushnir’s video was also met with significant backlash from MKs and NGOs who blamed him for using a racist tone and promoting hatred towards the religious public in Israel. 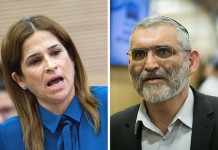 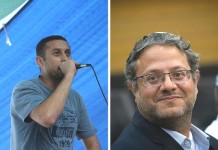 Ben-Gvir in Action: Arab Rapper Who Compared Israel to the Nazis Dropped from Govt. Campaign 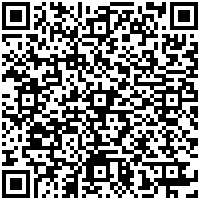