I very much enjoy the “My Aliyah Journal” articles by Aviva Horowitz Karoly, and her most recent one really resonated with me. I have an oven in my Jerusalem apartment that I still can’t figure out. It has pictures on it, but the pictures don’t mean anything to me.


Whenever one of my grandchildren comes over, I have them bake something for me. Otherwise, I just cook everything on top of the stove. It seems you have to belong to the younger generation to understand the ovens.

But I have no complaints. My food is just as good on top of the stove, and Israel is the best place to live.

With the unmasking of General Flynn, many people are asking, “What did Joe Biden know and when did he know it?” Considering his age and desire to be president, however, I think the more important question is, “What does he remember?”

It’s one of the biggest lies in the media and Washington: President Obama left the White House after eight years without a single scandal.

Now the oil is coming to the top of the water. Every American should be outraged at the Obama administration’s use of the FBI to target Trump allies and kudos to attorney Sidney Powell for her fine work in exposing this travesty.

The house of cards is finally collapsing. I hope the players at all levels are brought to justice.

Tzvi Fishman’s article on Israel’s Supreme Court last week was excellent. While serving on the board of the Israel Independence Fund (IIF), I became acquainted with to an extraordinary organization, Meshilut, which has opened my eyes to why such horrible events as the expulsion of 10,000 Jews from Gush Katif took place.

In the absence of a Constitution, the Supreme Court rules as it pleases. Aharon Barak presided over the court for three decades and, as Simcha Rothman writes in Seven Outrageous Supreme Court Rulings, it was he who opened the door in 2007 for Azmi Bishara, chairman and founder of Balad, to run amok and usher in Balad’s reign of terror, which now flexes its muscles through the Joint Arab List.

How About Reading the Bill?

Today’s congressional generation could learn much from the late Idaho Republican Senator James A McClure. For 18 years, he read every word of every bill before voting on it.

But to absorb the 1,200 pages contained in Democratic Speaker Nancy Pelopsi $3 trillion Covid-19 stimulus bill would require an Evelyn Wood speed-reading class. Only lobbyists and key Congressional staff members who actually wrote the fine print on behalf of their bosses have any idea what the bill actually says.

There should be a two-week minimum time-out period during which members of Congress, ordinary citizens, the media, and government watchdog groups can study the bill. Everyone should then have the option under an open process to comment and discuss the benefits or consequences of the bill. Congress could even hold a series of public hearings instead of meeting in the back room of Speaker Pelosi’s office.

Why Are We Funding The Times?

I have never understood why Jews and – even worse – Jewish organizations spend thousands of dollars on death notices in The New York Times. The money should be given instead to Jewish charities or Jewish newspapers, which can publish more meaningful death announcements.

The lengthy death notices are indirectly funding the daily bias – sometimes bordering on anti-Semitism – of the Times against, not only Israel, but Jewish organizations. We should let the Times know, by not funding it, our antipathy to its editorial and journalistic policies.

The Times: No Friend of Ours

The New York Times is ideologically opposed to the existence of a Jewish state of Israel. That’s why it couldn’t even bring itself to praise Israel’s work in combating the novel coronavirus the other week without first implicitly condemning it.

The only reason it wrote of Israel’s accomplishments at all was fear that it be criticized in the near future for not reporting on the discovery of a treatment or cure when it occurred. It is, after all, the “paper of record.”

Abortion Should Be Legal

As a Jew who is horrified by pictures of abortion, I nevertheless vote for abortion to be legal – not because I embrace a “murderous ideology” but because the lives of mothers take precedence over the lives of unborn children.

I knew several women who were diagnosed with a terrible disease when they were pregnant and, against medical advice, decided not to have an abortion and to instead start treatment after giving birth.

We davened for them, said Tehillim for them, stormed the heavens for them – yet, the women all died. Some lived long enough to give birth, and some didn’t. They left behind young children, now motherless, and widowed husbands to raise them. Ein somchin al haness! Do not rely on miracles!

If a pregnancy is deemed dangerous to a mother’s health or life, she must choose her own life first. I used to only support abortion when a mother’s health was at risk, but I don’t trust the government or its doctors to decide when there is true risk involved. That decision should be made with medical professionals and, if the woman is Jewish, her rav.

If a woman chooses an abortion when her health is not threatened, that’s between her and G-d. I don’t want the government or voters to decide.

I have been reading some of the articles and letters in The Jewish Press on abortion, which is antithetical to morality and Jewish law. As a blue and “progressive” state, New York is unfortunately in the forefront of the fight to legalize all abortions. Indeed, Governor Andrew Cuomo actually lit up One World Trade Center recently to celebrate a law that permits killing an unborn child until the moment of birth.

But what is most disheartening is the participation of liberal Jewish politicians in this fight. In the wake of the Holocaust, Jews should be doing everything in their power to prevent another holocaust. Yet, many Jews have promoted a movement that has led to the brutal termination of over 61 million pre-born babies.

Perhaps the biggest Jewish proponent of this atrocity is Senator Charles Schumer. Jews (and others) should remember this next time they go to vote. It’s time to get rid of Schumer once and for all. 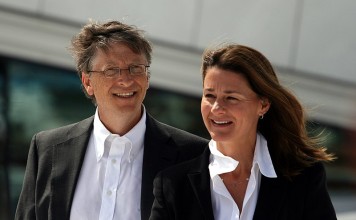