The “Is It Proper?” feature two weeks ago on whether a frum Jew should watch a boxing match was interesting.


People get hurt in all sports, but in boxing, everyone suffers injury. The object of the sport is harming one’s opponent. Numerous boxers suffered long-term health effects from being hit in the head repeatedly.

Bob Dylan wrote a hit song titled “Who Killed Davey Moore” based on the true story of a boxer who died from brain damage after a fight. The question we all need to contemplate – and which Dylan raised in his song – is what responsibility spectators, sports writers, and others bear for the injuries sustained by boxers.

Personally, I would love to see boxing made illegal even though I come from a family of famous boxers. I don’t believe we as religious Jews can support a sport like boxing; it’s tantamount to supporting murder and bodily harm.

I found your editorial on being grateful to the NYPD highly informative, and I agree with it entirely. We want an effective police force that will protect us, and the vast majority of policemen are hard-working honorable men and women.

But what can we do about the bad cops sprinkled among them – the kind we read about in the newspapers? Perhaps can we avoid hiring such bad apples in the first place by doing a better job of screening applicants. Perhaps better psychological evaluations would do the trick.

Yes, all Jews of sound mind know The New York Times is little more than a liberal rag. It is run by a bunch of people with a high-school mentality and a monomaniacal mission to promote their leftist beliefs and drown out all those who don’t subscribe to them.

Unfortunately, this insidious club includes numerous Jews – Jews who evidently don’t care about the future of true Judaism. I know others will disagree with me, but I say these Jews are a disgrace to Judaism and we should somehow find a way to separate from them.

I hope Rabbi Yaakov Litzman – Israel’s new Minister of Housing and Construction – stops building hi-rises in Jerusalem. Instead, let him spread out the growing population all over Eretz Yisrael, relating construction to the history and geography of the land and favoring beautification based on technical expertise and his spiritual understanding as a rabbi.

No Air-Conditioning On Buses?

The directive to bus drivers by the NYC Transit Authority to open their windows and roof hatches to impede the spread of Covid-19 takes us back six decades.

By 1993, 99 percent of the NYC 6,000 subway cars were air-conditioned; the exceptions were a handful running on the #7 Flushing line.

In any event, for the first time in many decades, commuters may be in for a long hot summer.

(The writer is a transportation historian who worked for the Federal Transit Administration.)

How any believing Jew can support Trump is beyond my comprehension. On Devarim 22:8, Rashi writes that good things are brought about through good men and bad things through bad men.

If you say Trump is a good man, you are denying what your eyes see and your ears hear.

I don’t believe it was by accident that the novel coronavirus struck when it did. Hashem was sending us a warning: Return to me or face dire consequences.

Burning the Flag Should Be a Crime

Two weeks ago, I wrote that I am pained when I see the American flag burning. I followed that with, “Burning the flag is not a First Amendment right. It is a disgraceful act, maybe even treason.”

Letter writer Alan Weintraub last week correctly pointed out that the Supreme Court ruled, in a 5-4 decision, that burning the flag is protected under the First Amendment. But I believe the court was wrong and should reverse itself.

In 1896, the Supreme Court deemed segregation legal. Sixty years later, it reversed itself in Brown v. Board of Education in 1954. So it is hardly unprecedented for the court to change its mind. And since it now has a conservative majority, hopefully it will reverse course on flag burning.

Alternatively, the states could vote to amend the Constitution so that burning the flag is not protected under any of its provisions.

People claim burning the flag is an act of free speech. But it isn’t. It’s an act of desecration and destruction. To use an exaggerated analogy: If somebody finds a rabbi’s speech disagreeable, does he have the right to burn a Sefer Torah?

Throughout much of American history, the American flag was revered. Americans almost had the same respect for it as we have for our Sifrei Torah. We must not allow this reverence to be undermined.

The Restraints of Traditional Religion

Human beings are subjected to various desires and emotional impulses – anger, lust, greed, envy, etc. – which, if not subdued, harm both individuals and society.

The uninstructed child acts upon every emotion, seeking whatever is conducive to immediate pleasure. That’s why, wrote Aristotle, children should be restrained and guided until they comprehend the nexus between act and consequence.

Who would deny the biblical wisdom of “Children, obey your parents, that your days may be long upon the earth”?

Alas, political correctness – America’s current state religion – harbors little interest in controlling human impulses (particularly in the realm of sexual behavior), and we are all witness to the result. 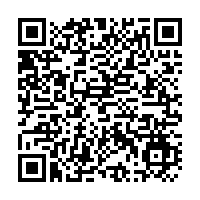