A Myth, My Foot

Is Rep. Jerrold Nadler planning a post-congressional career as a stand-up comedian?


His comment that Antifa riots are a “myth” recalls Groucho Marx’s line in “Duck Soup”: “Who you gonna believe – me or your lying eyes?”

Well, millions of eyes have seen riots every night in Portland and other cities. It’s no myth, and it isn’t funny. These aren’t peaceful protests, but incipient insurrections.

Mayors and governors have let these depredations go unchecked, ignoring their duty to maintain public law and order.

Contempt for the law is highly contagious. The veneer of civilization is easily excised. As Pirkei Avot cautions: “Pray for the welfare of the government, for if not for fear of it, men would swallow each other alive.”

The Entire Land Is Ours

After its miraculous victories in 1967, Israel rightfully annexed Jerusalem and the Golan Heights. Now Israel is hesitating to exercise sovereignty over the Jordan Valley and Jewish settlements in the West Bank.

It shouldn’t. Israel should apply sovereignty over the entire West Bank immediately. If Israel begins by annexing only 30 percent of the territory, so be it. However, it cannot be linked to a surrender of the remaining 70 percent for a future Palestinian state. If a Jewish leader agrees to such an arrangement, he or she should be impeached.

We have a halachic imperative to settle the land – which is also why the recent letters to the editor in these pages criticizing Rabbi Chananya Weissman are ill-conceived. It is quite logical that if we are commanded to settle a land, we must leave the Diaspora.

Many of us have not yet made aliyah out of sheer habit, and it is very difficult to break a longstanding habit. But the first step to kicking this habit is admitting we have a problem. Many people smoke, but very few would justify it and argue that smoking is healthy.

Living in the Diaspora is unhealthy for a Jew. And, as Rabbi Weissman reminds us, it is also a chillul Hashem. Recognizing our collective weakness is the first step to correcting the problem.

Senator Chuck Schumer recently called for a $25 billion bailout to save the Post Office system.

But there are other solutions. For example, the Post Office can enter into more joint business ventures like its partnership with Amazon to deliver packages on Sunday.

Let it sublet excess capacity at underutilized post offices to other government agencies and private businesses. License corporations to sponsor stamps for a fee.

Finally, have members of Congress pay the full costs of their annoying mailings to constituents. They are nothing more than free re-election campaign brochures subsidized by taxpayers. Charge the full price for this junk mail.

Re “The Zionism Of Winston Churchill” (“Collecting Jewish History,” August 24): With Zionists like Churchill, who needs adversaries!

Besides cutting off four-fifths of Eretz Israel in 1922 and giving it to the Hashemite Emir Abdullah of Saudi Arabia, Churchill also threw Jewish farmers off the Golan Heights in 1923 and ceded the area to the French mandate of Syria.

And what about bombing the rail lines to Auschwitz to disrupt the deportations of Jews from Hungary? My uncles and aunts were deported to Auschwitz in late October 1944, three and a half months before the camp’s liberation. Where was Churchill?

In the haftorah for Shabbos Chazon, Hashem says, “Who asked you to bring me sacrifices, trampling my courtyards?”

Hashem does not want us in shul (His courtyard) if we don’t practice tzedek and mishpat. “Your princes [rabbis] do not seek justice for orphans and widows,” says Hashem. “Widows” today are agunos, and Hashem doesn’t need us in shul if we don’t stand up for them.

Every one of us should send a clear message to every man who has not given a get to a wife who demands one: “You are not welcome in our community.” They must be socially isolated and made to feel uncomfortable – until they do what’s right! 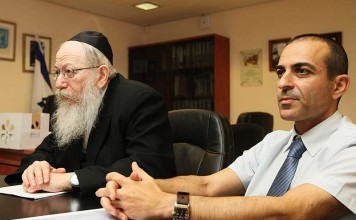 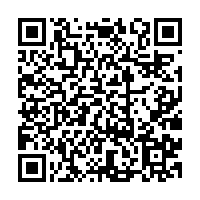