If the reports are accurate that President Biden has so far refused to speak with Prime Minister Benjamin Netanyahu – even while he’s called numerous other foreign leaders – supporters of Israel should be deeply concerned.

Which Would You Prefer?

Ask a kid which father he would prefer:

The first father says, “You can get an allowance. However, you have to earn it by studying hard, getting good grades, and doing chores that your mom and I assign.

“Also, try not to waste your allowance on things that you don’t really need, and I want you to save some of your allowance each week so that you learn to be responsible and think about your future.”

The second father says, “Here’s your allowance. Buy whatever you want. After all, you are a victim of your childhood and your peers who hold you down by spending all their time studying and getting better grades than you or whose parents make more money than we do.

“If your friends want to crash here, by all means let them. I’ll pay for everything. Don’t worry. I’ll borrow money from the bank.”

No doubt, most kids would (before thinking) choose the second father. The problem in real life is that too many adults resemble this father and vote accordingly for Democrats.

It’s less mature and less fun to be responsible, but eventually the bank will stop lending, the bank will demand payment, the bubble will burst, and the fun will stop.

The Forward recently published an astounding list of hundreds of monuments and memorials around the world that honor Nazi collaborators with the blood of thousands – even tens of thousands – on their accursed hands.

One such shrine is in Ellenville, NY, dedicated to the memories of Stepan Bandera, Roman Shukhevych, Yevhan Konovalets, and Symon Petliura.

Bandera led a faction of the Organization of Ukrainian Nationalist (OUN), which allied itself with the Nazis, while Shukhevvych was a leader in a Third Reich auxiliary police battalion as well as the commander of the Ukrainian Insurgent Army (UPA), which massacred thousands of Jews and tens of thousands of Poles. Konovalets was the leader of the OUN.

The followers of Symon Petliura meanwhile murdered tens of thousands of Jews in pogroms after World War I.

At a minimum, a plaque should be attached to these memorials outlining the horrific crimes these men perpetrated. And Ellenville should add historical perspective to its shrine, providing at least some posthumous justice to its honorees’ victims.

The existential crisis facing this country is not rooted in politics. It’s rooted in a complete lack of respect for other human beings.

We must look at each other as people, not policies. I’m not saying we all need to sit around a campfire and sing Kumbaya. There are stark differences across this nation which must be discussed. But we must find a way to treat everyone with dignity.

If people on both sides cannot learn to once again love their neighbor regardless of circumstance, color, or creed, this country is lost.

Does Silver Deserve It?

Silver stayed too long in Albany, and his worship of money and humorless press conferences brought him down. All Jews are obligated by the Torah to behave in an honorable manner. Silver did not.

I knew many years ago that this would happen to him. My friends in shul laughed at me. Sadly I was correct.

I consider meritorious both the anti-Trump letter of Judah Moskowitz and the pro-Trump contributions of Caroline Glick and Dennis Prager.

The judgment of history may well be that President Donald Trump was a great benefactor of the Jewish people on the level of King Cyrus the Great of Persia.

But something like the mosquito that lodged itself in the Roman Emperor Titus’ brain may have distorted the thinking of President Trump, l’havdil, in the post-election period. 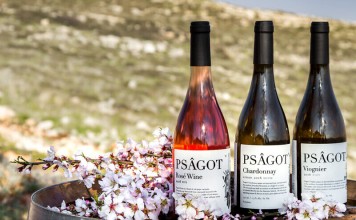 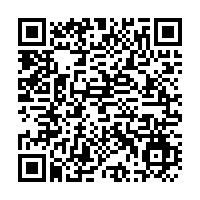