‘Give Me Your Tired, Your Poor…’


urges compassion for the uprooted and displaced. What is less well known is that for 30 years, from 1895 to 1924, the entire American Jewish world actively resisted immigration restriction when many Americans sought to restrict immigrant Jews, Italians and Slavs (southern and Eastern European immigrants). At that time, the entire American Jewish world, including Orthodox and Reform Jews, Democrats, Republicans and Socialists, rich Jews and poor Jews, native born and immigrant Jews, garment factory workers and Jewish university professors and intellectuals,

Jewish organizations including B’nai B’rith of the upwardly mobile Jews and the landsmanshftn of the most recent arrivals, Jewish newspapers in both Yiddish and English and Jewish congressmen from San Francisco, Chicago, New York City and elsewhere all opposed immigration restriction.

Restrictionists argued that Jews were so “racially” and culturally different that they could not acculturate and become part of the American polity, that Jews and other immigrants would undermine the American standard of living, and that degraded Eastern and southern Europeans would replace the much nobler “native” Anglo-Saxon American stock. Restrictionists also argued that Jews were merely economic migrants, not political and religious refugees like the early British colonists.

Immigrant Jewish intellectuals, Jewish newspapers and Jewish politicians responded with arguments of their own: that Jews had fought in all the Republic’s wars, that expecting complete assimilation in a single generation was unrealistic and an attempt to force artificial uniformity on a nation that had always been diverse and that claims about the immigrants lowering the American standard of living were false in two ways: The American standard of living for the average worker had not been high in the 19th century and the statistical evidence showed that the most immigrants came to America when economic conditions were thriving – that the supply of labor followed the demand for labor.

Although the Jewish opponents of immigration restriction and their allies were able to hold off effective immigration restriction for 30 years, the end of World War I accompanied by the rise of the second Ku Klux Klan and the Christian fundamentalism that gave America such embarrassments as the Scopes “Monkey” trial hearkened poorly for immigration. In two laws of 1921 and 1924, immigration to the United States from southern and Eastern Europe was severely limited. Those laws, targeting Eastern European Jews among others, were the basis on which the United States excluded tens of thousands of Jews who attempted to flee the Nazi death machine in the 1930s and 1940s.

When we think of our heritage as American Jews we should think first of Chazal, of course. I simply propose that we also think of the American Jewish tradition, a tradition associated as much with Orthodox Eastern European Jews as with Reform “German” Jews, with Democratic Jews and with Republican Jews, with all Jews who treasure their rich participation in American politics as well as their close connection to observance and tradition. One of the reasons American Jews voted for opposing immigration restriction between 1895 and 1924 was that they were required as Jews to remember that they had been strangers in Egypt. We ought also to remember our grandparents and great-grandparents who came to the United States as unwanted immigrants and who recognized the United States as a land of both freedom and opportunity.

Michael Krampner is a retired trial lawyer who was awarded a Ph.D. in American Jewish history at the University of Maryland in 2021. His dissertation is entitled “Because You Were Strangers: The American Jewish Campaign Against Immigration Restriction, 1895-1921.”

A Tribute to Tributes

Thank you for printing my tributes (October 8) to Rabbi Tendler and Rabbi Eliach, and thank you even more for printing the other tributes that added so much to what we who thought we knew him actually knew!

At the same time, I would like to point out that in the coverage of Rabbi Tendler, one of the other obituaries noted incorrectly that his introductory course to biology was only offered to science majors. I just confirmed with a fellow classmate that it was indeed offered only to NON-science majors; he taught microbiology to the biology majors – not to mention his lab for people in the real world, so he was really appreciated across the board – and of course was never boring.

I look forward to reading more about Rabbis Tendler and Eliach – both educational icons in the Jewish world.

Too Much of a Blessed Thing?

Baruch Hashem for tackling the inclination of the use and misuse of “Baruch Hashem” (“Is it Proper?” Oct. 8). Many a letter to The Jewish Press has “Baruch Hashem” interspersed in the sentences, which grates on my nerves, as I believe many use the expression “Baruch Hashem” as an amulet against the ayin hora, the evil eye. Using such an expression is superstition par excellence.

Rabbi Shafier of the Shmuz said it well. Baruch Hashem for The Jewish Press publication.

Foreign Aid By the Numbers

I was dismayed to read Dmitriy Shapiro’s article about Senator Rand Paul’s opposition to funding Israel’s Iron Dome Defense system without offsetting the cost. I had long admired this senator for his anti-Fauci stance, but joining AOC, Ilhan Omar and R. Tlaib’s position is worthy of condemnation.

Certainly, U.S. spending on foreign aid needs to be examined and curtailed in many instances. The United States is prepared to spend $6 billion to rebuild Afghanistan. Frankly, I cannot object to his amendment to take $1 billion of that money for the Iron Dome system, but the leftists will likely oppose this.

What about the $84 billion in military equipment that Biden, Blinken, Milley, Austin and McKenzie just gifted the Taliban, Al-Queda and ISIS via their abandonment of the Bagram air base?

What does the U.S. receive from Israel? At the Bloomfield Science Museum in Jerusalem, at least, 45 indispensable Israeli inventions are displayed. They include medical technology such as the Pill-Cam, Re-Walk exoskeleton (to help paraplegics walk), Sniff-phone (to detect disease), and cell phone technology (Waze, etc.). Drip-irrigation and atmospheric water generators (creating water out of air) are also products of Israeli scientists.

I guess the words of our prayers – “Do not put your faith in man” – tell us in whom we should place our faith.

During the course of history, a small minority of self-hating, self-serving Jews supported authoritarians as willing enablers and accomplices. Among them were tax collectors for the Polish nobility; prosecutors and disputants for the medieval Church; and individuals such as the Spanish Grand Inquisitor, Torquemada; the Russian revolutionary, Trotsky; and the Stalinist henchman, Kaganovich. Their actions brought tragedy and disaster to the Jewish people (and to non-Jews as well in some cases).

One cannot help but wonder if history is repeating itself when considering the Jews who currently serve in leading positions in the radical leftist Biden cabinet.

For starters, consider Anthony Blinken, our secretary of state, whose leadership was complicit in the Afghanistan withdrawal fiasco in which 13 U.S. service members were killed, many Americans stranded, and more than $80 billion worth of military equipment abandoned. And then there is Attorney General Merrick Garland, who recently made headlines when he compared mothers attending school board meetings because they disagree with the “woke” education curricula to domestic terrorists. Another high-level Jewish cabinet official is Alejandro Mayorkas, secretary of Homeland Security, who also made headlines recently for his cancellation of border wall contracts in Texas despite the urgent need to secure the border. The last prominent Jewish cabinet member worthy of mention here is Janet Yellen, secretary of the Treasury, who supports the idea of abolishing the federal debt limit and defends the proposed IRS rule requiring all bank transactions over $600 to be reported.

Other Jews in leadership roles are also involved in promoting and implementing the Biden administration’s radical leftist agenda. Among them are Charles Schumer, majority leader of the U.S. Senate; Randi Weingarten, president of the American Federation of Teachers; David Cohen, CIA deputy director; Ronald Klain, chief of staff; Rachel Levine, deputy health secretary; and Wendy Sherman, deputy secretary of state and a leading advocate for the Iran nuclear deal.

To the extent that these people can be labeled as Jews regardless of their actual religious affiliation and because of their involvement in policies that are adversely impacting Americans across the board, Jew haters around the country must feel justified in gloating over the rise in anti-Semitism. Let’s hope and pray that the actions of these present day “willing enablers and accomplices” will not bring about a more violent backlash of anti-Semitism in a replay of history.

Fed Government Must Balance Its Budget

President Biden and Congress raising our national debt ceiling by $480 billion more is nothing to be proud of. Both continue to ignore our national debt, which will now exceed $29 trillion by December 2021. This averages $86,710 per citizen or $228,999 per taxpayer. (Source: October 10 National Debt Clock). Our legal debt limit will officially run out in early December, due to our excessive current rate of spending. This doesn’t include the $1.2 trillion proposed Infrastructure or $3.5 trillion reconciliation package.

Thousands of employees are familiar with the details of our federal budget. How difficult can it be to find billions in savings? This could assist in reducing our frequent raising of the debt ceiling.

Millions of Americans cut their household budgets to make ends meet. It is time for Washington to live within its available existing revenues without excessive borrowing, just like millions of ordinary citizens.

Return to pay-as-you-go budgeting, means testing for all government assistance programs, sunset provisions for agencies and programs that have outlived their original purpose, real balanced budgets without smoke and mirrors. Return to a time when actual surpluses were used as down payments to reduce long-term government debt.

Everything needs to be on the table, including military spending, agricultural subsidies, corporate welfare bailouts and foreign aid to other nations that are never there for us when we need help.

Close down obsolete military bases both here and abroad. Reduce United Nations and foreign aid to those who offer no support when needed. Insist our NATO and other partners pay their fair share, including billions owed from previous years.

End  entanglement in other new foreign adventures. Avoid civil wars when you can’t tell one side from the other as to who are  the good guys. No Congressional earmarking of funds for Pork Barrel projects.

Have the IRS accelerate the collection of several hundred billions in uncollected back taxes owed by deadbeat individuals and corporations, along with suspending billions in future tax refunds to those who are gainfully employed yet continue failing to pay long overdue taxes or student loans.

The president and Congress have forgotten the old saying – a penny saved is a penny earned. Americans should send both a penny to remind them that it is not a sin to save. Unless we change our ways, America is on the road to losing our status as the world’s No. One superpower to China. Just like mighty ancient Rome before the collapse, we are going down the path to become the world’s super debtor. 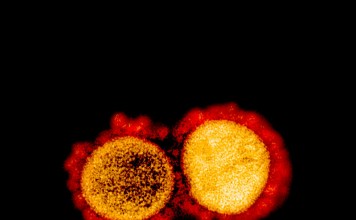 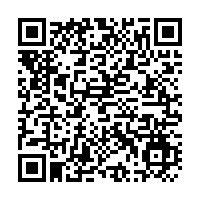