About Exercise and Medicine on Shabbat

I was fascinated by Rabbi Enkin’s article “Exercise on Shabbat” (October 22). In his article he stated, “Exercise is deemed to be a refua…This is because the prohibition against taking medicine on Shabbat includes a ban on any treatment or procedure that often includes the use of medication, even if no medicine is actually being used.” I would like to know Rabbi Enkin’s source for this statement.

It seems to me that Rabbi Enkin’s statement can be understood to say that any and all prescription medication and even the use of glasses would be prohibited on Shabbat. This is an incredibly dangerous thing for a rabbi to say and for The Jewish Press to print.

Thank you kindly for your interest in my column. I am happy to respond to your very legitimate questions.

The ban on exercising on Shabbat is mentioned explicitly in the Mishna and Gemara (Shabbat 147a). There are essentially two explanations in the Rishonim as to why this is so. According to some, it is because exercising is a weekday activity (Rashi). According to others it is an extension of the ban on taking medicine on Shabbat (Rambam), as sweating in the olden days was induced by either medicine or by exercise. Therefore, just like sweating by means of medicine is forbidden on Shabbat, so is sweating by means of exercise.

The Shulchan Aruch rules that both opinions (Rashi and Rambam) must be taken into account (OC 327:2, 328:42). As one can see, certainly from the Rambam, that yes, “the prohibition against taking medicine on Shabbat includes a ban on any treatment or procedure that often includes the use of medication, even if no medicine is actually being used.” (This is made additionally clear by Rambam, Shabbat 21:31, and Taz OC 328:28.)

That being said, whether it is exercise, medication, ambulance rides or anything else, pikuach nefesh always comes first (OC 328:2). We are to take no chances on Shabbat with anything that involves a threat to life.

Most of the examples you mentioned sound like life-threatening issues and would therefore be permitted on Shabbat. This would certainly include any treatment in an ICU ward. As for your personal circumstances, anything deemed by your doctor to be urgent for your health must be done even on Shabbat. You should consult with your rabbi on how to best go about this. I will also add that in general a continuous or daily regimen of medicine (as what seems to be the case regarding prostate treatment) may be continued on Shabbat.

Wishing you health and long life!

Steven Hirsch is spot on in his assessment that da’as Torah doesn’t equate to medical expertise. I know that this won’t sit well with much of the charedi community, but it’s the truth. When the pandemic took hold (approximately March 15, 2020) I came to Mesivtha Tifereth Jerusalem on a Sunday for Mincha. A throng of Yidden surrounded the rosh yeshiva, Rav Dovid Feinstein, zt”l, peppering him with questions like, “Should the yeshivas close?” In his typical unassuming style, he answered, “Why are you asking me? You have to do whatever the doctors say.”

Two weeks later a prominent Boro Park rabbi pronounced, “I don’t care about anything any of the doctors say, I only trust the admorim and the roshei yeshivos.” He then added, “Rav Dovid Feinsein is the posek ha’dor and we must rely on his word.” To borrow from Shakespeare, “Oh what fools (some of) these rabbis be.”

The article “It All Begins With ‘Hello’” (November 5) struck a chord with me. I can relate to such experiences. Thrice in Pirkei Avos we are given prescriptions for what should be the proper response when one encounters another.

Shammai says receive everyone with a cheerful face (1:15). [Ironically it is the same Shammai who gets a negative repute as being impatient (Shabbos 30b-31a), but that was only when he sensed a mocking towards Torah and its scholars.]

Later, Rabbi Yishmael repeats essentially the same idea, changing the concluding words slightly to receive everyone cheerfully, b’simcha (3:16). Thirdly, Rabbi Masya ben Charash takes a more proactive stance and taught that one should initiate a greeting to every person (4:20). Undoubtedly, the position or Rabbi Masya (a second generation Tanna after the Churban) was based on Rabban Yochanan ben Zakkai (who lived at the time of the Churban) who made it a point to initiate a greeting to everyone in the market place, whether Jew or not (Berachos 17a).

When I am visiting on Shabbos in a frum neighborhood and see a fellow pedestrian approaching me I wish to comply with Rabbi Masya’s directive. But when no response is elicited, not even a silent tilt of the head, I wonder if that person is aware of ignoring Ben Azzai, who taught that one should at least not appear to be scornful of any person (4:3).

A stream of consciousness leads me to recall Hilary Clinton sardonically referring to her “inferiors” as deplorables. An example of this act of arrogance would be ignoring the daily presence of hired help by refraining to have the courtesy of giving a friendly morning salutation.

On the other hand, I must remember Yehoshua ben Perachyah advocating that everyone be judged favorably (1:6). Rather than arrogance, it could be shyness that restrains one from minimally being assertive enough to amicably express a “gut Shabbos.” (Perhaps a mother’s dictum “don’t talk to strangers” from long ago had been inculcated in the silent person’s mind.)

Not only learning the teachings of our Sages and reading stories of their behavior, these teachings have to be taken to heart and integrated into our persona. Hopefully, this would stimulate a positive infusion of ahavas chinam, unrequited love.

A Time for Courage

The month of Kislev represents light and the victory of the weak over the strong. For me, it symbolizes bravery and courage.

The festival of Chanukah commemorates the triumph of the Maccabees over the Greeks. The Hellenistic culture did not seek to destroy the Jewish one, but to open it to other possibilities and cultures. The Greeks wanted recognition of their own culture. They sought to influence the Jews, to show them that Hellenism and Judaism are not mutually exclusive.

The celebration of Chanukah is built on the assumption that there is such a thing as a Jew and that the Jewish essence cannot be compromised… in essence, it is a religious, zealous holiday!

The Maccabees’ bravery allowed them to stand up against the infiltration of foreign cultures, ensuring Jewish continuation. Their courage gave them strength to fight for Jewish principles, thus furthering the light of Torah.

Another holiday celebrated this month is a Chasidic one. The 19th of Kislev, or Festival of Redemption, marks the release of Rabbi Schneur Zalman of Liadi, the author of the Tanya and the first Chabad Rebbe, from a Russian prison. Rabbi Schneur Zalman was imprisoned on false charges of undermining the Russian government. These charges were fabricated by those who disagreed with the Rebbe’s Chasidic teachings. The release of Rabbi Schneur Zalman signified the will of the heavenly court to reveal divine revelation in this world. His courage and bravery allowed the light of Chasidut to illuminate the world, and it shines upon us till this very day.

We live in times when one is encouraged to go with the flow and not rock the boat. Today, one must be politically correct and be careful not to offend or cause controversy.

While social niceties are important, it is imperative not to allow them to hamper leadership or spiritual growth. One must sometimes take brave steps which may seem radical, and not “en vogue,” but have the power to ensure Judaism for generations to come. This is the challenge not only of the “simple Jew,” but especially of Jewish leadership.

It is a time of darkness. Our great scholars have departed from this world, leaving a void. Rabbinical leadership must take heed and lead with courage and bravery to explore halachic solutions for central life issues such as those concerning medicine, conversion and divorce. Courage and bravery in these areas will ensure the continuation of Judaism and the light of Torah for generations to come.

Wishing you a month full of light.

Who Pays for Political Debris?

Election Day has come and gone. This reminds me of “The Outer Limits,” a 1960s television show. With the end of round-the-clock commercials by politicians, political parties, political action groups and pay-for-play special interest groups, we now return control of your television back to you until the next election cycle. No more candidates campaign mailings clogging mailboxes and weighing down our hard-working postal employees. No more robocalls! Finally, some peace and quiet!

Candidates who claimed they cared about the environment can now do their part. Winners and losers should have their paid campaign staff and volunteers pick up all the thousands of campaign signs that litter our roads and highways to help clean up this waste. They could also use leftover campaign funds to hire homeless or unemployed people to collect the litter. Let some people with community service be assigned this task. If candidates refuse to clean up after themselves, the Department of Sanitation do the job and send candidates the bill. 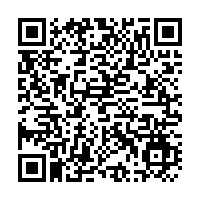