Letters to the Editor writer Avi Goldstein (Dec. 3) is apparently uncomfortable with the truth, specifically my characterization of Barack Obama in my “Collecting Jewish History” column (Oct. 29) as an anti-Semite. As we say in the vernacular, he is entitled to his own opinions, but not to his own facts.


Mr. Goldstein’s primary argument is based upon citations to all the wonderful things that Obama had to say about Jews, but the evidence is beyond dispute that the president – and, in all fairness, virtually every other politician – adapts his message to what his particular audience at the time wants to hear. America would not find itself in its current declining state if voters understood that elected officials should be judged based upon what they do, and not upon what they say.

But if Mr. Goldstein wants to discuss Obama’s public pronouncements about Jews, how about his statement – made while running for president the first time and trying to put his best face forward to the electorate – that the situation with Israel is “a constant wound” and “a constant sore?”

As straight-shooter Senator John McCain said in his understated way, “If Senator Obama is favored by Hamas, I think people can make judgments accordingly.” Indeed.

Equally important is what Obama did not say. For example, while spending eight years as president condemning alleged American “Islamophobia,” did he ever once criticize Farrakhan’s anti-Semitism? And even after he was forced to throw the Reverend Wright under the bus when the horrors of what his minister had been preaching for 20 years became public, did he ever publicly state that Wright was an anti-Semite whose racial and religious teachings should be rejected and condemned?

Mr. Goldstein’s argument that the president could not possibly be an anti-Semite because he employed Jewish advisors reeks of disingenuousness. It is the slick and customary defense employed by so many anti-Semites throughout history who used self-hating Jews as their useful idiots to publicly proclaim, “Oh, but look, he hired Jews!” Moreover, in all fairness, there may be Jews who accepted positions in the Obama administration who, although critical of his anti-Semitism, nonetheless overlooked it and supported him because of his positions on a variety of other national and international issues.

Even more disingenuous – and, frankly, disgusting – is Mr. Goldstein’s attempted apologetics for Obama sitting for decades in the church of Reverend Wright listening to what he acknowledges were “hateful screeds.” He compares this to Jews, such as himself, who have heard rabbis make racist statements but remained in their seat. Setting aside the fact that many Obama defenders and other Palestinian apologists characterize as “racist” any statement daring to defend Israel’s right to exist and its right to protect itself against Palestinian terrorists, let me respond simply by asking Mr. Goldstein two questions: Did he ask that rabbi to officiate at his wedding and, more importantly, did he bring his children to that rabbi over the course of many years to learn hate at his feet and to absorb his racist philosophy?

Every move that Obama ever made as president has been against the Jews, ending with his infamous abstention on a vicious anti-Israel United Nations resolution, which the Palestinians correctly celebrated as “a day of victory.” The subject of Obama’s Jew-hatred is too broad a topic to cover in a letter to the editor, but I strongly recommend that Mr. Goldstein read The Anti-Semite: A Trawl Through Barack Obama’s Anti-Semitism and Other Failings, by Brett Bargar. He might learn something.

Let’s Hear it for Garlic

I was very interested to read Rabbi Hoffman’s article (“Should You Eat Garlic on Friday Night?” November 26). The piece was outstanding, very well documented and fun to read. I am an amateur cook and use fresh garlic in almost everything I prepare. Cooking with garlic makes everything delicious. How would kugel, cholent, chicken, chopped liver, beef, veal or brisket taste without garlic (and onions)?

One of my biggest pleasures in life is cooking gribbenes for my family and friends. Cooking gribbenes is definitely a dying art. Most everyone loves it and remembers their Bubbe, Tante or other family member making it and bringing it over, but nobody knows how or wants to make it themselves. How would it taste without garlic?

Even the Talmud states, “Ein simcha elah be’basar ve’yayin” – There is no happiness/celebration without meat and wine. How good could the meat be without fresh garlic?

Kudos to The Jewish Press for printing such a wonderful article.

A Wake-Up Call Over The Temple Mount

Some thoughts on the recent UN vote regarding the Temple Mount. Though the so-called United Nations has a long record of anti-Israel resolutions, what is shocking is the resolution’s blatant denial of Jewish history. But this should come as no surprise given the Left’s Orwellian propensity to rewrite history to fit its narrative. For that reason the UN, along with other leftist-dominated institutions, have lost all credibility as well as any real-world weight.

What really matters is how we Jews view the Temple Mount, and unfortunately for many Jews, especially those most secularized, the Temple Mount is an interesting but largely meaningless anachronism, something akin to a fairy tale or legend. Otherwise, how to explain that it was given over to the control of the Muslim Waqf after being captured in a miraculous manner in the Six-Day War – to the extent that Jews are not allowed to pray there openly.

And if Jews gave up control voluntarily, and the Israeli government doesn’t even insist on the right of a Jew to pray there, how can we blame the world (the UN) for not recognizing its Jewish roots? The hashgacha protis that this vote took place on Chanukah should be a wake-up call for us all.

Are readers aware that anti-Israel diplomats throughout the world, for the primary purpose of re-stimulating lucrative trade with Iran, are also encouraging that country to continue planning the destruction of our homeland?

During the 2020 presidential election campaign, candidate Joe Biden said, “Anyone who is responsible for that many deaths should not remain as president of the United States of America.” At that time 220,000 Americans had died from the coronavirus. Since President Biden became President in January of this year, 350,000 Americans have died from this virus.

The difference in media coverage is remarkable and shows their extreme bias. While President Trump was president, almost all television networks frequently cited the increasing number of hospitalizations and deaths. Now, although the numbers are much higher, there is hardly any mention of that fact. I believe the general public has no idea that more Americans died in 2021 than 2020. And this happened despite the vaccines, better therapies and more clinical experience. From these facts we can see that the media is very biased.

Unfortunately, so much of this biased media is also biased against the democracy of Israel and biased in favor of the corrupt kleptocracies of Syria, and the Palestinian Authority. 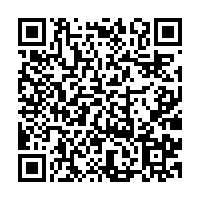