The War on Yeshiva Education – Another Perspective

It is reasonable for you to defend the yeshivas based on religious freedom, and also based, perhaps, on the positive outcomes had by students who attend these schools (Editorials, Sept. 1 and Sept. 23). Perhaps they are productive citizens capable of employment. I would need much more data to judge. I would have appreciated a more balanced analysis of the issue than provided by the Times. Still, it doesn’t seem to me that there is no room for improvement in these schools.


What really took me aback, however, is that your editorial ignored a key part of the story, which is that non-religious taxpayers have subsidized these schools to the amount of over a billion dollars in just the last four years. Must taxpayers who do not share these religious values and ideas about course content pay for it? Let’s do a quick thought experiment: instead of Jewish yeshivas, Muslim madrasas were teaching their students Arabic, the Koran, anti-Israel propaganda and perhaps antisemitism. To be consistent, one would have to approve of these schools (you might say it’s not equivalent, but it is from their perspective). Would we be fine subsidizing these madrasas with millions and millions of taxpayer dollars?

It is truly disconcerting that the U.S. State Department and its spokesman Ned Price are troubled by Israeli actions taken in self-defense to protect its citizens from murderous terrorist attacks.

Are they as troubled by the wanton murder of innocent Israeli civilians by bloodthirsty terrorists? I have yet to hear any condemnations by Price or U.S. State Department officials of these depraved killings.

There is no moral equivalence to the pre-emptive self-defense actions taken by the IDF and the murder of innocent men, women and children by crazed Arab killers.

One has to wonder whether Price would have also been troubled by the killing of Nazis by Jews during World War II during the systematic purge and horrific murder of Jews by said Nazis at that time.

What a shameful disgrace and business as usual by Price and the State Department. Their antisemitism unfortunately lives on.,

As a subscriber and regular submitter of letters to your newspaper, I thought I was in sync with your philosophies and views. I was therefore quite distressed to see a whole page devoted to promoting Jonathan Greenblatt’s views and new book (“New Book Focuses on the Specter of Antisemitism in America – And How to Combat it,” September 30).

As the article describes, Greenblatt, the CEO of the Anti-Defamation league, is a political animal, long in the employ of Democratic administrations. This in itself is no crime, but his actions show that he filters his views through a political lens, not whether they are good for the Jews he is supposed to represent, and that is unacceptable.

His record shows that he mostly castigates the right-wingers while mostly siding with the left. Greenblatt was a special assistant for Barack Obama, whose goal was to transform America from a free-enterprise democracy to a socialist-type state. Except for a four-year interruption when Trump beat Hillary Clinton, they have been doggedly bulldozing their way towards that goal. Under his tenure, he has dragged a once fine institution into the muck of the political swamp. He has aligned the ADL with all manner of woke political movements, even allying with some of the very groups that are antisemitic themselves.

With regard to Israel, the Democratic administrations have repeatedly tried to come to a one-sided nuclear agreement with Iran, espoused a two-state solution, and have sided with the Palestinians against Israel in terrorist and border clashes. Also, remember Obama’s attempt to humiliate Netanyahu with his side door White House invitation.

Greenblatt claims that antisemitism in the U.S. is due to both left- and right-wing extremists. The fatal flaw in this view is that while right-wing extremists do commit some horrific acts and get much of the headlines in today’s media, they are relatively few in number, not well organized, and don’t represent an existential threat to American Jewry. Conversely, the left today controls most of the mainstream media, much of academia and the entertainment industry, and are ensconced in the very hall of the U.S. Congress, where they spout antisemitism and anti-Israel hate under U.S. government sanction.

Greenblatt also warns that “illiberalism (I don’t know what that means), fascism and violence could unfold on our shore.” He then goes on to talk about the German slaughter in the Holocaust, presumably as an example of fascist or extreme right-wing horror. But he does not mention the communist Russian gulags, prisons, and purges against the Jews. Hitler destroyed the Jewish communities in Western Europe but Stalin destroyed them in Eastern Europe. He also mentions the destruction of the Jewish community in Iran, but omits the fact that Jewish communities in every Muslim nation in the Middle East and Africa have been systematically and deliberately cleansed of Jews. Yet in his infamous declaration in 2016, he announced that “he would register as a Muslim” simply as a political slap at Trump.

In summary, I don’t expect everyone to agree with me, and I accept the fact that those who have other views have the right to express them in a suitable forum. However, I feel that Greenblatt, because of his political predilections, is unfit to be the leader of a major Jewish organization, and I don’t want to pay to have his views espoused. That is exactly what is happening when I subscribe to your paper, but find you promoting his views and book.

Congress passed and President Biden signed a continuing resolution to provide funding to keep the federal government open until December 16 is disappointing. The annual federal government process for the adoption of a new budget reminds me of “Stuck in the Middle With You” by the band Stealers Wheel. The words “Clowns to the left of me, jokers to the right, here I am stuck in the middle with you” perfectly sum up the chaos and gridlock in Washington.

Both the President and Congress need to work together if we are going to put our fiscal house in order and deal with a $30.9 trillion long-term debt. We need to return to the time decades ago when Congress held budget hearings for each department during the summer. A real balanced budget, agency by agency, was adopted during an open process. Members of Congress, federal employees, public, watchdog groups and media were afforded sufficient time to understand the contents prior to adoption. Full federal budgets were adopted on time prior to the start of any new Federal Fiscal year on October 1. 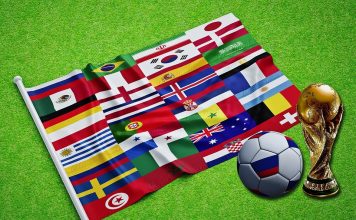 Cultural Appropriation and the Jews 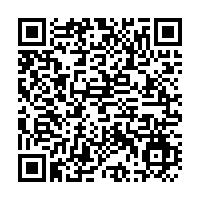