A Caregiver Speaks Out

Thank you, Rabbi Weiss, for the article “On the Art of Being a Caregiver” (Part One, August 5). It gave me chizuk. Many times I feel alone, isolated and not understood as a caregiver. You clearly are an advocate for caregivers. I felt validated reading your article.


You see, I am a senior, retired teacher, baal teshuvah, and full-time caregiver for my 95-year-old mother. We reside in Whitestone, Queens, New York. We are 15 minutes away from Kew Gardens Hills and Forest Hills, yet light years away spiritually.

In my community there are no Orthodox shuls, rabbis, frum people or kosher stores. Can you imagine, there’s not even a kosher pizzeria! This is really golus.

My mother and I are invisible to the Jewish community. I have reached out repeatedly but there is no response. I’m talking 12 years now. I have tried explaining to the rabbis about my situation but the response shows a lack of basic understanding. No one offers to reach out and help us. Caregivers are a non-issue.

The Jewish community reaches out to new mothers offering lots of support and even meals.

The Jewish community reaches out to mourners providing meals, friendship and even financial assistance.

When it comes to caregivers the Jewish community seems perplexed about what to do. Some of the advice I do receive is insensitive and even hurtful.

During the pandemic my old shul never called once to see if I needed assistance. I called them and got put on the automated call list of death notices and appeals for money. That was taka a great help.

I need a rabbi for guidance and support. I need a shul to reach out and call once a month to see how we are doing. I need frum people to volunteer to assist me.

The KGH kosher supermarkets stopped delivering to Whitestone during the pandemic, just when I needed them the most. Passover shopping was a nightmare. It’s difficult to get home aides for one or two days a week so I can get out. It’s also expensive.

Apathy, indifference, and lack of awareness plague the Jewish community.

I hope that your articles on caregivers will bring increased sensitivity and outreach.

Standing Before the King?

Your “Is it proper for a man to not wear a white shirt for Shabbos?” (Aug 12) goes well beyond white shirts and far beyond Shabbos.

Apparently “Know before whom you stand” is no longer an operative, based on the deplorable state of dress at minyan, not only on Shabbos but on weekdays as well. What attire would one be clothed in, standing before lehavdil, the king of Sweden? The “King of the Universe” deserves nothing less.

Thank you for publishing such a fascinating article (“One Woman’s Fight Against the American Family Court System” by Rebecca Guzman, Aug 12), which was about Dr. Amy Neustein, what she went through, and what she has done on behalf of so many other women who meet with similar tragic fates. It is a wonderful thing when a person who suffers a tragic situation can help others overcome similar tragedies instead of just sitting around and feeling sorry for themselves. Dr. Neustein evidently is a very impressive person, in general, to accomplish what she has accomplished. On top of that, her first-person account of the revelation to her at Ratner’s Restaurant so many years ago is enough to strengthen people’s beliefs in G-d and Kabbalah!

The Indifference is Deafening

A tremendous hue and cry arose from U.S. Ambassador to Israel Tom Nides and United States officials when an American Arab journalist was shot and killed during a firefight between the IDF and terrorists. To them Israel was definitely the culprit, not the terrorists they were battling. The U.S. demanded answers and an explanation from Israel and completely ignored any possible culpability on the part of the Arab terrorists.

Fast forward. Just the other day a terrorist shot and wounded eight Jews near the Kotel, four of whom were American citizens. Tom Nides and the U.S. response? We are saddened and are monitoring the situation. Not a word of condemnation for the Arab terrorist or any demand for answers. It seems that Arab American blood is precious, Jewish American blood not at all.

The United States has been a wonderful country and home for Jews for a very long time. The rise of radical factions here, however, has turned many U.S. representatives against American Jewry and Israel with a vengeance as part of their Marxist agenda. They do not even attempt to hide their antisemitism. We must remain vigilant and make the coming midterm elections count, not just for the good of Jews, but the country as a whole. May Hashem watch over us all.

What’s in the Fine Print?

Concerning the “Inflation Reduction Act,” President Biden said “it funds health care and G-d knows what else.” This reminds me of what House Speaker Nancy Pelosi said about the 2010 Patient Protection and Affordable Care Act. She said, “We have to pass the bill so that you can find out what is in it.” So much for open transparency in government on the part of Biden, Senate Majority Leader Charles Schumer and Pelosi. Why would anyone take out a bank loan, home mortgage or new credit card without first reading and understanding the fine print buried in the document?
Larry Penner

Politicians In Need of a History Lesson

Jonathan Tobin’s article on the recent actions of Israel in response to ongoing terrorism from Gaza was right on the money. The terrorism coming from Gaza can profoundly affect the everyday economic life of Israelis, which includes the tourist industry. Unlike the PIJ, Hamas, etc., Israel not only depends on the internal financial activity of the country but also the benefit of continued income from tourism and the general backing of any kind around the world. Iran’s billions are what finance the nefarious threats from terrorists who daily threaten Israel. That threat has taken on many shapes from a biased media, a BDS movement, Gaza, and an internal threat from certain members of the U.S. Congress.

Israel has to confront a never-ending battle to survive not only pervasive antisemitism but also the perils that Israelis and foreign visitors may face every day. Recent events have shown that Jews and non-Jews who physically and/or politically support the idea of a Jewish state are in jeopardy. How soon do we forget that the assassination of Robert Kennedy in 1968 was the result of his defense of Israel’s right to exist?

Tobin referred to Biden’s request that Israel should “take risks.” Prime Minister Sharon took that risk when Gaza was made Jew-free. History has shown that that risk has had terrible consequences. When Gaza was controlled by Egypt and the West Bank was controlled by Jordan from 1948 to 1967, no rockets were fired at Egypt or Jordan. When the PLO was started in 1964 to liberate Palestine from the Jews, Jews did not have control of the West Bank or Gaza. The issue is not whether the Palestinians have territorial claims to Palestine but whether the Jews have any rights to an autonomous existence in any part of the Promised Land.

It is time to recognize that any threat to the world’s existence begins with the right of the Jews to exist. Hitler should have proven that. Iran must also be taken seriously in its threat to the Jews. Israel does not threaten genocide against the Palestinians, but Iran and its proxies do threaten the existence of Israelis, which means Jews.

American politicians should not be deluded into thinking a two-state solution would ever overcome the ultimate goal of the destruction of a Jewish state. The litmus test for any legitimate political figure should be his/her willingness to recognize the safety of people, and that should include the legitimacy of Israel and the right of Jews to defend Israel not as an act against American democracy but as support of another democracy. Not every action of any democracy is flawless, whether it be America or Israel, but few would argue the legitimacy of the United States. Along with concern for the environment, inflation and discrimination in any form, it should be understood that there is a long history of the precarious nature of the safety of the Jews. Demagogues may concern themselves with a variety of issues that may not include the right of people to live in freedom and safety.

History has shown that no matter whether the Jews had a country of its own, had the right to own land, or had a sovereign nation, they were ostracized and or wantonly murdered. The demonization of a people who gave humanity monotheism and its values has no logic. Does anyone really think that if the Jews had so much power, they would allow a Holocaust to take place? How does one explain the existence of a billion Christians, a billion Moslem, and the existence of less than twenty million Jews? How could one explain a Jewish global hold on humanity and still choose to live in a desert country with little oil and a capital city with two mosques that dominate its horizon and that allows Moslems to pray in a holy spot that is denied to Jews? Could you ever envision a large church or synagogue in the midst of Mecca? How about a mosque in the Vatican City?

For the Jewish people, it is important to adhere to our values, recognize the fragile nature of our survival in a hostile world, get out the facts, and think of Hashem not as a last resort but as a first resort. 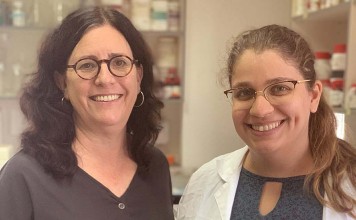 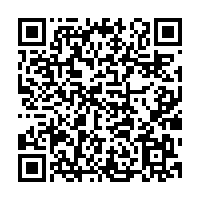