There has been much overdue publicity generated recently regarding the rampant and sanctioned antisemitism taking place for years on CUNY campuses. (“The City University of New York Has A Systemic Problem With Systemic Anti-Semitism,” July 15).


City Councilmember Inna Vernikov has finally been putting CUNY’s feet to the fire; let’s see if it results in anything productive. I am not overly optimistic, although very appreciative of Ms. Vernikov’s persistent and valiant efforts.

The CUNY antisemitism problem is just a microcosm of a much larger and widespread illness that pervades our nation’s and the world’s so-called institutions of higher education. The radical “woke” cancel culture pervading universities is beyond the pale.

Part of this venomous and evil ideology is the idea that Jews and Israel are oppressors and they should be relegated to the trash heap of history. Attempts to promulgate BDS and other antisemitic activity, often violent, are the rule, not the exception.

Colleges and universities have devolved into dens of Marxist and Islamo-Nazi indoctrination camps. Religion and Marxism cannot co-exist; ergo the war most notably devolves upon Jews and Israel.

November 2022 and 2024 cannot come soon enough, perhaps the ouster of the radical elements currently in power may lead to progress on this and other vital issues.

I read with great interest the Jewish Press’s “Lessons in Emunah” column (July 15). This time, I knew the conclusion before the end. I, too, as Dave, escaped death in the falling of the Twin Towers. Over the years I recognized G-d in my life although in this day and age, it is unfashionable to profess belief in the G-d of Heaven and Earth. I worked one block east of the Trade Center, and after 24 years of service in a large bank down the street, I was called in and told I was excesses with many other men and woman.

So, in August 1999 I was dispatched. No lingering bitterness, as I was financially compensated. Other events in my life allowed me to realize that God had protected me. I never thought that being excesses was a G-d-given gift at the time of my dismissal.

Then once again I realized once G-d’s presence in my life. Then I had an epiphany when I learned that many of my co-workers who were in the bank down the street at the time of the terrorist act subsequently died of brain cancer. One day it came to me that G-d saved me one more time.

I never told anyone of my thoughts as they would dismiss them with a certain amount of derision. Recognizing G-d’s presence is a life-long endeavor, and once one realizes it, one is forever changed.

After I read the “Emunah” column this week, I realized it is time to tell my story.

Remember the movie Harvey, where Jimmy Stewart starred as Elwood P. Dowd? The only one able to see the rabbit Harvey was Stewart’s character. It was one year ago when President Biden claimed that inflation was temporary. When it comes to growing inflation, it now appears to be a permanent part of our economy with no end in sight. It just reached 9 percent for the month of June. President Biden can’t seem to see the rabbit. The rest of us can.

What Does Liberal Mean?

It is time for know-it-all U.S. policy-makers to recognize the Democrats’ terrible record from Libya and Egypt to Syria and Iran and culminating in Afghanistan. Instead of lecturing Israelis, Saudis and others, they should start learning from them and their bitter experiences. Maybe then the U.S. can again develop worthy policies.

It’s true that Israeli society is changing. Young Israelis are more right-wing than their parents. They have more children and are more religious. Because Judeo-Christian values and functioning families are the backbone of Western civilization, I don’t see how that makes Israel less Western or less liberal.

This allegedly unpolished, G-d- and kids-loving society has a world-class tech environment. It has embraced the Arab Gulf states in an effort to bridge differences between peoples. Its elections feature a constant churn of new parties with new ideas. All this would be impossible in an illiberal society.

Regarding the Palestinians, Israelis are not becoming less liberal or tolerant. They have been mugged by reality. The optimism of the Oslo Accords was met with terrorist attacks and the Second Intifada, which killed one-thousand Israelis and disillusioned a generation. Next, Israel left Gaza in the 2000s, only to see it turned into a rocket-launch site.

Mahmoud Abbas has rebuffed all efforts at peace, including the Israeli offer of 94 percent of Judea and Samaria, plus land swaps. His Palestinian Authority tortures its citizens and abuses the Christian population. He hasn’t held elections since 2005 for fear that Hamas would win. A treaty with Mr. Abbas today isn’t a deal with an elected representative of a nation but a bargain with a decrepit, small-time hood.

One wonders who is more illiberal: Israel or an American administration that is more eager to appease Iran, the Palestine Liberation Organization and even Hezbollah than it is to help its most important and natural ally in the region. Most Israelis – Ashkenazi and Sephardic alike – don’t appreciate that. It’s not ethnic, tribal or unpolished. It’s existential. 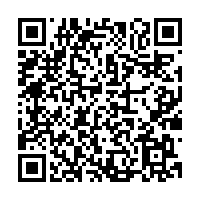