The US Department of Education’s Office for Civil Rights (OCR) announced it has opened an investigation into a complaint alleging the University of Southern California (USC) allowed a hostile environment of anti-Semitism to proliferate on its campus, resulting in the resignation in August 2020 of its Jewish student government vice president, in violation of Title VI of the Civil Rights Act of 1964. OCR evaluates all complaints it receives but only pursues investigations in those it determines to warrant a more thorough investigation.

The complaint OCR will investigate was submitted by The Louis D. Brandeis Center for Human Rights Under Law on behalf of Rose Ritch, the USC Undergraduate Student Government (USG) vice president who was the victim of anti-Semitic harassment and baseless accusations by USC students who castigated Ritch as a Zionist and sought to exclude her from the USG based on her Jewish ethnic identity.

As Ritch herself explained in a Newsweek op-ed at the time of her resignation (I Was Harassed and Persecuted on Campus Just for Being a Zionist), she “resigned as vice president of the undergraduate student government at the University of Southern California (USC) after being harassed and pressured for months by fellow students because they didn’t like one of my identities. It wasn’t because I am a woman, or identify as queer, femme, or cisgender. All of these identities qualified me as electable when students’ votes were cast last February. But because I also openly identify as a Jew who supports Israel’s right to exist as a Jewish state—i.e., a Zionist—I was accused by a group of students of being unsuitable as a student government leader. I was told my support for Israel made me complicit in racism, and that by association, I am racist. Students launched an aggressive social media campaign to ‘impeach [my] Zionist [behind].’”

According to the Brandeis Center, the harassment began during Ritch’s campaign when her posters were repeatedly vandalized and the campaign posters of other Jewish students running for student senate were torn down. Ritch was also bullied and harassed repeatedly on social media, and the ongoing and persistent harassment continued after she was elected. USC students launched a social media campaign demanding Ritch be impeached and/or resign from the USG because of her perceived ethnic Jewish identity as a “Zionist.” Some examples of the social media onslaught include, “tell your Zionist [behind] VP to resign, too;” “the Zionist [referring to Ritch] need [sic] to be IMPEACHED!;” “[D]on’t forget that USG’s Vice President, Rose Ritch, has openly expressed pro-Israeli sentiment…Get rid of her too;” “The president is trash & so is the VP who is a proud Zionist;” “Rose should be impeached too! Just as complicit and also a Zionist! The IDF trains LAPD so it’s all connected;” and “warms my heart to see al [sic] the zionists from usc and usg getting relentlessly cyberbullied.” And a formal impeachment complaint was filed against Ritch with the USG.

Ritch and many Jewish organizations urged the University to intervene. Hillel at USC asked the USC administration to condemn and take steps to stop the “dangerous escalation” of anti-Semitic harassment against Ritch on social media. Ritch herself met with USC President Carol Folt and VP for Student Affairs Winston Crisp and implored the university to speak out and intervene to stop the impeachment proceedings.

USC, however, repeatedly failed to pursue readily available opportunities that would have prevented the baseless impeachment trial from being scheduled and pre-empted the weeks’ long deluge of anti-Semitic harassment targeting Ritch. For example, USC administrators did not speak out to condemn or call for the abatement of the anti-Semitic harassment and discrimination directed at Ritch on social media. In addition, the baseless and discriminatory impeachment complaint could have been stopped by the University before it ever reached the USG Student Senate, as provided for by the Student Government bylaws, but USC administrators abrogated their responsibility to review the impeachment complaint.

It took the Brandeis Center sending a letter to USC warning of the persistent, severe, and ongoing anti-Semitic harassment against Ritch and the University’s legal obligations to her under Title VI and urging the administration to take prompt steps to protect Ritch from the discriminatory harassment that sought to deny her an equal educational opportunity to serve in USG solely based on her Jewish ethnic identity for the University to take any action. Within days of receiving the Brandeis Center’s letter, the University suspended Ritch’s impeachment proceedings, however, when it did, it informed only the 12 members of the USG Senate who were to preside over Ritch’s trial. Despite Ritch’s request, the University refused to publicly announce its decision to the 100 USG members or the larger USC campus community Rose was expected to lead. The University’s failure to publicly condemn the anti-Semitic harassment or vindicate Rose by acknowledging that she had done nothing wrong and had been wrongly targeted based on her identity made it impossible for Rose to serve as student body president.

The alert to the 12 Senators also was insufficient. It made no mention of the unlawful harassment Ritch had been subjected to and it failed to note the legal deficiencies of the impeachment complaint, instead stating that it was suspending the impeachment hearings pending a review that would take months. According to the Brandeis Center, the University’s decision to “suspend” rather than void the impeachment proceedings served to further prolong the harassment.

And the fact that the alert took place just one hour before the administrators were scheduled to meet with Jewish community representatives suggests the University intended to placate the Jewish community rather than meaningfully and effectively remedy the ongoing hostile environment.

Learning of the suspension, the Jewish community again urged the University to issue a statement condemning the anti-Semitic harassment against Ritch. The University refused. Not until news broke that Ritch had resigned did the University finally make a public statement. According to the Brandeis Center, the timing of USC’s statement demonstrates that the University’s response was “not designed to protect Ms. Ritch from discrimination, but rather, to protect the University from the public outrage that ensued when it became apparent that Ritch had been forced to resign due to the hostile environment created by discriminatory harassment at USC. The University did nothing to address or eliminate the harassment or hostile environment until after the damage was irreversibly inflicted on Ms. Ritch.”

“USC failed to intervene; failed to speak out publicly in support of Ms. Ritch; failed to condemn or even acknowledge the harassment that targeted her; and failed to void the baseless impeachment complaint filed against her. Through its silence and inaction, the University tolerated the discriminatory harassment directed at Ms. Ritch, thus emboldening it and leaving Ms. Ritch vulnerable to the negative effects of the hostile environment that the harassment created at USC,” wrote the Brandeis Center in its complaint, noting that this lack of action is a direct violation of Title VI.

Earlier this year, USC found itself embroiled in a new anti-Semitism scandal over its failure to adequately respond to virulently anti-Semitic and threatening tweets from a USC graduate student, which included, “I want to kill every mother [expletive] Zionist,” “Zionists are going to [expletive] pay” and “yel3an el yahood (curse the Jews).” The school formed an Advisory Committee on Jewish Life, but concrete action to amend policy, institute additional training, or incorporate Jewish identity into the University’s DEI program has yet to occur. 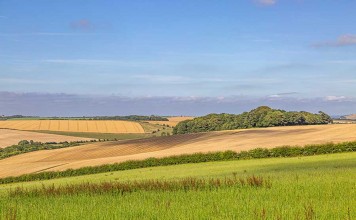 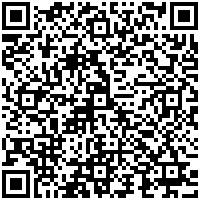