Thank you for carrying, each and every week, the beautiful Torah thoughts of Rabbi Jonathan Sacks, zt”l.


It was just his second yahrzeit, and, as many have noted, this world lost his unique voice and moral courage far too soon – at the untimely age of 72. Very few could do what he did: make sense of our beautiful and intricate Torah and present it in a clear and comprehensive fashion, in messages tailored-made for this generation. He also engaged the outside world, appearing frequently in interviews, conversations and debates.

All this is aside from his warmth and generosity to everyone – scholar and layman, Jew and non-Jew alike – who came in his contact, as I know, having met him twice.

I’d like to commend Avrohom Shmuel Lewin (“Over Six Thousand Lubavitch Shluchim to Attend International Conference,” Nov. 18) for his walk down memory lane, when he began his article about the Kinus HaShluchim with a wonderful history of the shluchim and the Rebbe’s foresight and determination to try to reach every Jew on the globe.

And it’s remarkable to watch Chabad’s meteoric rise over this last half-century-plus.

Kol hakavod, to Chabad and your shluchim.

The New ‘Jim Crow’ on Broadway

The old “Jim Crow South” discrimination against people of color has moved north to discriminate against whites. Caucasian American Keith Wann, sign language interpreter for the Broadway production of The Lion King was fired by the non-profit Theater Development Fund. They are responsible for providing American Sign Language interpreters for Broadway shows. The group now claims that only an African American interpreter is appropriate for this play.

Skin color should never be used in the hiring or firing of employees. The same holds true for ethnicity, age, sex, and religious or political beliefs, Should only Jews appear in “Fiddler on the Roof,” Mormons in “The Book of Mormon” or Italians in “The Godfather?” Senator Schumer proudly boasted in campaign TV commercials that he brought New York several hundred million federal dollars as a result of Covid-19. These funds were supposed to protect both Broadway theaters from closing and its employees from losing their jobs. They were never meant to be used in discrimination by producers and the Theater Development Fund. Will Schumer speak out on behalf of fired American sign language interpreter Keith Wann, whose only crime was being born white? What about Attorney General Merrick Garland, along with the city, state and federal Equal Employment Opportunity Commissions? Both Albany and City Hall offer taxpayers subsidies worth several hundred million to Broadway. Will Governor Hochul and Mayor Adams say anything?

The late civil rights icon Reverend Martin Luther King said, “I have a dream that my four little children will one day live in a nation they will not be judged by the color of their skin, but by the content of their character.” He would not have approved of reverse discrimination based on race.

Attacks Up, Shopping Down

This time of year, people want to go Chanukah shopping – at Bloomingdales, Macy’s, Sephora, Ulta, and all those little shops in Rockefeller Plaza, and pick up bags and bags of gifts. Many of us Brooklynites ride the trains to the city. But sadly, they are not safe, so many of us never come into the city anymore.

Sadly, antisemitism is on the rise in the city and in many other areas. I would advise all constituents who experience antisemitic attacks or bias to report it and pressure politicians for change. An ADL conference (“Biden And Pfizer Chief Address ADL Conference,” Nov. 18) should be an annual occurrence in all shuls, yeshivot and community centers. ADL complaint forms should be in all Jewish places and stores to report incidents. Then we can get the reform we need in the timely matter we require.

We also need police officers all over the trains to keep order and protect innocent woman, children, students, shoppers and others who are riding. 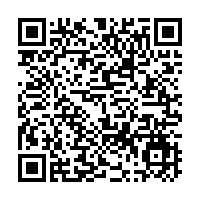