Reader response to White House Press Secretary Sean Spicer’s Hitler/Gas remarks (for which he profusely and repeatedly apologized) were across the board. Here’s a cross-selection of responses…

Tzilia S.:
Sean Spicer should join the next March of the Living to see for himself the gas chambers that brutally killed our brethren. let him join the young peple who go and see their tears.

He made a mistake , so, what are you going to do, crucify him? Just stop already. This administration is more pro Israel than the last 6 or more administrations or more!!

Robert K.:
What gets me is that SPICER WAS 100% CORRECT!
If people would take the time to search Google for the claim about Hitler not using chemical weapons (and using the date tool to prevent hits for the latest brouhaha), they’d find that it’s a well-debated question, i.e. historians try to understand why a Hitler who had no problem gassing people in camps would not use chemical weapons in warfare.
So actually, it’s Yad Vashem and all the pundits screaming foul that owe Spicer an apology. Don’t like the question? Go complain to the hundreds of historians who addressed the question as a part of a legitimate debate since the 1940’s and not a headline opportunity in April 2017.
What a sad comment on modern intellectualism.

S.S:
Actually, the Nazis used Zyklon B gas first on Russian POWs, before the Jews.
They were the first victims/experiments.

Tim B.:
This is petty, the fact is everyone knew exactly what he was saying, Hitler did not use weaponized gas in the second world war, sure did not do it against a population of Germans that were rebelling against him. I will tell you what I told the Black Americans, you used racism, the claims of racist bias against anyone whom did not agree with Obama or progressive ideology, in the process of abusing the word you made it go from a thing that caused a stigma to something no one is paying attention to any longer, in the process to the sacrifice of great and noble, men, women and children whom sacrificed all for the sake of equality and tossed this sacrifice out for the sake of political pressure, next time racism does truly raise its ugly head, no one is going to listen or even care. Please do not do the same with antisemitism, Spicer made what would be said as a ill thought of analogy, that is by no means showing racism, nor should people run around indignant about it,l show the error and show you are better then the prior people, you will move on once you are finished.

Ray M.:
The selectiveness of the response by the media is odd. Too many liberals have dropped that line on President Trump for the media to appear anything but disingenuous!

Rick F.:
That was kind of dumb ,he almost sounded like Obama or Hillary who hate us

Phillip N.:
It’s about time the main stream media got upset about people using Hitler, Nazis and fascists as slurs. Unfortunately they have been letting the Trump haters get away with slurs, thereby making light of the Holocaust. I am glad they finally came down on someone, I just hope they don’t revert back to silence when those they support use these slurs.

RewindPulaski:
…and it only took the US national MSM 45 minutes AFTER Spicer made the statement – and AFTER they all got together to compare notes – that they were “suddenly outraged”.. Spicer has apologized.. Move on… 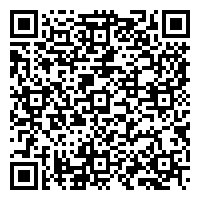