Analyst Omri Ceren aptly pointed out, “Never compare Hitler favorably to anyone”. One might add, especially with an historically inaccurate statement.

White House Press Secretary Sean Spicer, in a failed attempt to show how evil Syrian President Assad is, compared Assad to Hitler at a press conference on Tuesday by saying, “We didn’t use chemical weapons in World War II … You had someone as despicable as Hitler who didn’t even sink to using chemical weapons. So you have to, if you’re Russia, ask yourself is this a country and a regime that you want to align yourself with.”

Hitler murdered roughly a million Jews, most in Auschwitz, using Zyklon B poison gas, making Assad a mere JV player in the use of chemical weapons.

The Nazis originally tested Zyklon B on Russian POWs in 1941.

Compounding his error, as Maryland Sen. Ben Cardin pointed out, Spicer then tried to correct himself and mentioned “Holocaust centers,” when he meant concentration camps.

Spicer tried to clarify his statement,

Sean Spicer: Really? The term you were looking for was concentration camps.

House Minority Leader Nancy Pelosi, other Democrats and various Jewish organizations noted for their anti-Trump positions have been calling on Trump to fire Spicer.

Of course, many of the same people demanding that Trump fire Spicer are the same people that supported Obama’s nuclear deal with the anti-Semitic genocidal regime in Iran.

That comes across as a bit two-faced.

So are lectures on anti-Semitism from the camp that spied on & demonized US Jews opposed to Iran deal. https://t.co/Xlc9gQzsPu

How’s the Iran deal you supported with the Holocaust-denying, genocide-advocating regime in Tehran working out? https://t.co/jmwAax2rzQ

Spicer told Wolf Blitzer on CNN that he made a mistake.

“I was obviously trying to make a point about the heinous acts that Assad had made against his own people last week, using chemical weapons and gas. Frankly, I mistakenly made an inappropriate and insensitive reference to the Holocaust, for which there is no comparison,” Spicer said. “And for that I apologize. It was a mistake to do that.”

Sometimes it really does seem that everything crazy happens in the White House while Jared is away. 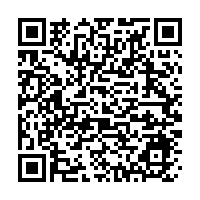