I met Alabama Chief Justice Roy Moore in August 2003. He was being threatened with impeachment for not removing a Ten Commandments monument he’d commissioned, which was standing in the court building’s rotunda. As he continued to defy those who opposed him, realizing his job was on the line, I felt it was imperative he receive Orthodox Jewish support for his courageous stand.

I flew out to Montgomery on a Thursday afternoon to attend a Saturday rally that had been called by Jerry Falwell, Ambassador Alan Keyes, and other religious/conservative stalwarts. I represented the combined membership of various rabbinic groups.


Upon arrival, I was immediately brought to the chief justice’s chambers, where he spent an hour with me, according me great respect and expressing his appreciation. He accompanied me into an inner office, where he proudly showed me a partial Torah scroll, salvaged from the Holocaust, which was given to him by a survivor. The scroll stood erect behind a plexiglass display case and was opened to the Ten Commandments. His reverence for the Scroll and its text was obvious.

I explained to the judge that as the actual rally on the steps of the capitol would occur on my Sabbath, I would be unable to address the participants but would be sitting with the dignitaries, and the organizers would recognize me by announcing the support of one million plus Torah-true Jews and 1,000 rabbis from the organizations I represented.

I informed Chief Justice Moore that I would be holding my own press conference Friday morning on the steps outside the court and if he would attend I would present him with a tallis (prayer shawl) chain, the two clips of which depicted the Ten Commandments.

He was very moved and immediately agreed to attend. He also asked me if it was permissible to make the two clips into cuff links, which he could wear daily. Friday morning, the judge joined me at the press conference, which four reporters and one T.V. crew attended.

The next day, after praying in my hotel room and eating an early Sabbath meal, I made my way to the steps of the capitol and sat with the dignitaries. I was gratified by the crowd’s lively display of appreciation when my participation was announced.

That evening a local activist phoned me in my hotel room and directed me to see the news story of my Friday media conference with Justice Moore which was playing hourly on CNN for the entire weekend. It seemed that CNN didn’t want to show visuals of the Saturday rally attended by several thousand people, so instead they featured my presentation to the judge and used a voiceover reference to the Saturday rally. They flashed my name across the screen and indicated I was representing one thousand Orthodox rabbis. This was a true Kiddush Hashem, a sanctification of God’s name.

I have had no contact with Judge Moore since then. However, I along with millions of other Americans cheered when he attempted to defy the Supreme Court’s decision narrowly recognizing same-gender marriages.

Once again, the judge championed his religious values at the expense of his judicial position – from which he was ultimately ousted for a second time.

I do not carry water for Judge Roy Moore. Only God and those who are now making allegations know if Moore acted inappropriately or how often and to what extent.

However, I do know the following: His well-funded opposition has failed to come up with anything untoward done by Judge Moore for the last 35-plus years, more than half his lifetime. Any statute of limitation has long since expired and there is no absolute proof of any wrongdoing.

Why aren’t liberals applying to Moore what so many are saying regarding liberal Democratic members of Congress who have had far more evidence arrayed against them but of whom it is argued, “they still have a presumption of innocence and are entitled to due process”?

Additionally, even if one were to assume that Moore is guilty of some of the accusations, his Democratic opponent remains a strong supporter of partial birth abortion throughout the nine months of pregnancy. This barbaric practice was condemned as akin to murder by such New York liberals as the late Mayor Koch and the late Senator Moynihan. So who is currently the greater threat to society?

Is it Judge Moore, who may have done something bad more than a half a lifetime ago (which, if true, is horrific and worthy of serious denouncement), or is it his liberal Democrat opponent who, today and tomorrow, supports the horrible death by dismemberment of hundreds of pre-born babies yearly and would probably be as radical on so many other social issues?

There is another point I ask Alabamans to consider. I call it the Sammy “the Bull” (Gravano) Freedom ticket.

Remember, this was the admitted killer of 19 people who was used by the government to “rat out” John Gotti. He was then released from prison. So, for the “greater good” of society, i.e. imprisoning John Gotti, some government lawyers with a vested interest in winning freed a murderer. And prosecutors cut such deals all the time –pardoning and releasing hardened, convicted criminals for the assumed “greater good” of society (and, some of the more cynical among us would say, for their win-loss record as prosecutors).

Applying the Sammy “the Bull” Freedom ticket to Roy Moore is, by comparison, a no-brainer. Even according to his opponents, Moore has been “clean” for half a lifetime (and possibly a lot longer). He has certainly demonstrated the highest form of dedication to biblical values throughout his public career, which benefits tens of millions of us.

If a few government bureaucrats can decide the common good is served by releasing confessed killers, then “We the People” are also qualified and entitled to decide what’s needed for our families and communities.

I say to Alabamans: vote for Judge Moore. The Lord will not hold you responsible for his possible wrongdoing forty years ago, but will probably look unkindly at your ignoring the liberal, pro-partial birth abortion policies of Doug Jones.

So, to unequivocally answer the question posed in the title of this piece: Usually, more (in this case Moore) is better than less, but even if you hold less of Moore because of the cloud hovering above him, “less” of Moore is considerably better for the future of Alabama’s families and for the country at large. 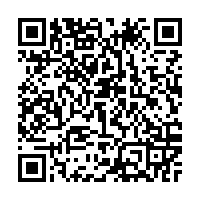