Former Interior Minister Aryeh Deri: I met Mr. Wolfson some 25 years ago, when I was Minister of the Interior. I used to see him hanging around the Prime Minister’s chambers, both Rabin’s and Peres’, and when I inquired with Rabin and Peres what’s the story with this Jewish guy, they told me they couldn’t reveal too much, but they didn’t know one other Jew in the world who as an individual had done more for the State of Israel.

When I pressed a little, they each told me that he had been a tremendous asset to Israel in the Senate and in the House, where he wielded a lot of power. This is before there was AIPAC and other strong Jewish organizations. He helped a lot with debt forgiveness and lowering interest rates on loans Israel was receiving from the U.S. This was in the late 1960s, early ’70s.

During the Yom Kippur War, when the IDF was running out of ammunition in the middle of the fighting, and there was a need for an airlift but Nixon and Kissinger where not quick to respond at first, Wolfson employed every resource he had in the House and in the Senate, enormous resources. He later told me that he even desecrated Shabbat for the sake of his effort, anything to save the nation of Israel.

That’s why Rabin’s and Peres’ door was always open to him. Aaron Fogel, former Director of the Ministry of Finance, told me amazing things about things Wolfson did for Israel. You know, when he was able to reduce the interest on a loan by a quarter or by half a percent, it translates into hundreds of millions of dollars for the state.

He did all this humbly, you never saw his names in the papers. He lived in terrible austerity. It took us years to persuade him to travel in business class, he always traveled in coach, even though he was a very wealthy man.

The only thing on his mind other than the state of Israel was the nation of Israel. Jewish education. Not Haredi or religious education, necessarily, but Jewish education, to stop the assimilation. And for that he turned worlds upside down. Ask anyone who knows what he has done in France, in Iran, in Morocco, with the Ozar HaTorah schools, Jewish schools which teach all the secular studies but emphasize Jewish studies. He used the power he wielded in America to help the governments of France, Iran and Morocco and get from them buildings and budgets for Jewish schools.

His flagship project in the last twenty, twenty-five years, has been Jewish and Israeli students in the U.S., France, Russia, some 40 thousand Jewish students altogether who receive a weekly stipend from the Wolfson Fund, and in return they attend lectures on Jewish tradition and history. They’re also brought in to Israel on trips–all of it to prevent assimilation. That’s all private money, the Wolfson family and a few others. No government involvement. They do it quietly, humbly. Only those who are familiar with the subject know about their contribution.

I met Zev Wolfson 25 years ago, in a somewhat stressful situation. He was a straight shooter, said whatever was on his mind. When he heard from Rabin and Peres about me, an up and coming young minister – he let me know what he thought about the religious parties… He didn’t like parochial politics… We exchanged some words, but as a result I got to know him better and we became friends. Our families were close, too. Any family celebration that we had, he and his wife and their children would come to Israel especially to be with us. He would arrange for us a grand sheva brachot party, invite the president of Israel, ministers. He honored us a lot.

He told me, Aryeh, we can’t rest. Every night before you go to sleep, think what more can I do for the nation of Israel. After 120 we’ll rest, now it’s a time for working.

Only a month ago I visited him in the U.S. in Lawrence, NY. He was lucid, but already weak. He was very optimistic about Israel. He was a faithful man, not Haredi but very faithful. But he didn’t believe in miracles. He believed in action. And he believed that the assimilation is the biggest enemy of the nation of Israel.

Will the USA be having Elections in November? – The Tamar Yonah Show [audio] 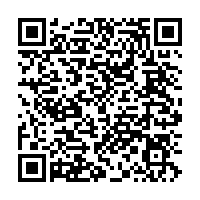