According to a recent report, real progress is being made to generate lab grown meat that tastes as good as the real thing without all the cruelty, ghastly side effects, expense and waste of the present worldwide meat industry.

Dr Mark Post, whose lab at the University of Maastricht is experimenting with literally growing meat in Petri dishes, has told the Guardian: “We could be seeing a future where huge quantities of high-quality meat are gown in vats, incorporating not only muscle fibers but layers of real fat and even synthetic bone. In 25 years real meat will come in a packet labeled, ‘An animal has suffered in the production of this product’ and it will carry a big eco tax. I think in 50-60 years it may be forbidden to grow meat from livestock.”


Post is cited in a Grist article as stating something which should be of interest to us Kashrut observers:

“An animal does need to be killed to kick off the in-vitro process, but in theory, a single specimen could provide the seed material for hundreds of tons of meat.”

So, providing that the original specimen was kosher, isn’t this something we Orthodox Jews should welcome?

No one can say it is not acceptable. After all the Gemara tells us that R. Hanina and R. Oshaia spent every Shabbat evening studying the Book of Creation and as a result they were able to create a third-grown calf (comments: or a three year old, or a fat one) and ate it (Sanhedrin 65b).

So, if you could conjure up a living being from a Kabbalistic source book, then why not from a lab? Not only that, but given the halacha, shechita itself would not be necessary, because, purely following the letter of the law, if you kill a cow properly and then out comes a calf, you don’t need any further shechita to make it kosher.

Yet you can bet there will be opposition. Whenever anything threatens the Kosher Meat trade the Rabbis and Dayanim who live by it automatically cry “foul” because they will lose a major source of income. That also explains why those few rabbis who became vegetarians, like the Kamenitzer Maggid, or supported vegetarianism in principle, like Rav Kook, were excoriated and virtually written out of Haredi history.

But the point can be made that, since the Gemara says that the best way to celebrate Shabbatot and Chagim is with meat and wine, it would, it seems, be an offense against tradition to be a teetotal vegetarian – even if no one could point to an actually halacha against either.

Unlike my brother David, I am not a complete vegetarian, but I welcome the possibility of scrapping the meat trade. Indeed, I hope that when Elijah comes to earth he will tell us that in the Third Temple there will only be vegetarian offerings. I find the current situation unacceptable. We spend more money raising one beef animal than would feed an Indian village for a month. Most processes are offensive: the ghastly way most animals bred for slaughter are treated, the awful sights and smells hidden from consumers, the amounts of chemicals fed into animals reared for human consumption, not to mention the dangers of our modern diets. I am not opposed to eating protein but I’d be delighted if there were some way of doing it without subjecting animals to human cruelty.

Mind you, this is not an attack on Shechita. I have seen virtually all officially sanctioned methods of slaughter and I am utterly convinced that of all of them, Shechita, when carried out correctly, is the least painful and disturbing. But as Temple Grandin has shown emphatically, so much of the awfulness of slaughter has to do with the lead up, the corralling, the forcing of animals towards the fate they can smell and hear, not to mention so much cruelty involved in the rearing, the transportation and the preparatory processes of meat production. If only we could have the tasty protein without all that.

Let us assume that all the unemployed Shochatim could be trained to work in other areas of the kosher trade. Why do I still envisage opposition? One reason is simply the reluctance to countenance anything new or to allow science or modern values to challenge ancient traditions. A new concept of religious correctness is that ‘Masorah,’ the way we have always done things, trumps innovation. But there is in fact another issue and it is the tension that exists between the letter of halacha and the spirit.

This is not of course a halachic responsum, but it is conceptual analysis of why in our tradition there is an imperative to consider the careful treatment of animals and why this new development could be very significant and certainly should be welcomed.

The Torah commands us to sacrifice and the cohanim to eat meat. But it is also full of laws concerning animals: not killing a cow and its calf on the same day, not taking a fledgling or egg in front of the mother, not ploughing an ox with an ass together, not muzzling an ox while it threshes.

The rabbis are divided in their rationalizations. Some of course refuse to accept the idea of explanations altogether and emphasize only the significance of an act of obedience to a higher power. Some do indeed say it shows Divine mercy to creatures as a sign of greater mercy towards humans, and others do actually argue that the purpose of showing mercy to animals is to imitate Divine qualities of caring. Neither do I need to rehearse the laws of cruelty to animals, Tzaar Baaley Chayim and the Noachide Laws of “Eiver Min HaChay,” not taking a limb from a living animal. And yet too often one hears these ideas dismissed as figments of non-Jewish moral relativism. “The Nazis were kind to animals” or “Englishmen prefer dogs and horses to humans.”

There is indeed a massive challenge to reconcile caring for animals with the meat trade. And this where Meta Halacha plays an important part. Humans do indeed come first. But that does not mean we should not be concerned with animal welfare. Yet somewhere along the march of history we have lost the thread. Just look at how the custom of Shlogging Kapporas causes such cruelty and no one seems to care.

Take these two narratives about Rebbi Yehudah Hanassi in Bava Metzia 85a
Why did he suffer in life? A calf was being taken to the slaughter. It broke away, hid his head under Rabbi’s skirts, and began to howl. “Go,” he said “because you were created for this.” Then they said (on High) “Since he has no pity, let us make him suffer.”’

And why did his suffering end? One day Rabbi’s maidservant was sweeping the house; [seeing] some young weasels lying there, she was about to kill them. He said to her “Let them be, for it is written “ He extends his mercy to all of his creation.” Then they said “‘Since he is compassionate, let us be compassionate to him.”

You could not have a more explicit expression of the significance of the issue. And if this new method can in fact (and it still has some ways to go) change the way we get our meat, then all I can say Yishar Co’ach and Tavoh aleyhem beracha. 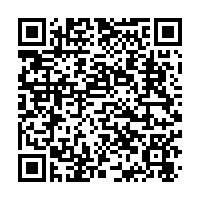