In December 1940, British, Indian and Australian troops counterattacked and wrecked the Italian Tenth Army, sending its remnants retreating toward central Libya. Only Hitler’s dispatch of General Erwin Rommel’s Afrika Corps in February 1941 and Churchill’s diversion of troops to assist the Greeks against the Italians, who had invaded from Albania in October 1940, salvaged the Axis stake in North Africa.

In the last week of March 1941, Rommel’s troops began to drive the British Commonwealth/Empire troops out of Cyrenaica (eastern half of Libya), and in early April 1941, sensing Britain’s precarious military situation, Rashid Ali and Haj Amin al-Husseini, the mufti of Jerusalem, staged a military coup in Baghdad against the pro-British Iraqi government.


(Between 1936 and 1939 a mufti-directed uprising against the British in Palestine had been a complete failure, with tens of thousands of Arabs killed, wounded, captured or exiled. In October 1937, al-Husseini fled to Lebanon and then in October 1939 to Iraq to escape detention and prosecution.)

Churchill rushed forces into Iraq by sea from India, by air from Egypt and by land from Palestine. By the end of May 1941 the Iraqi rebels, despite military assistance provided by Nazi Germany, Fascist Italy and Vichy France, were crushed and the pro-British government was restored.

David Raziel, leader of the Revisionist Party in Palestine after the death of Ze’ev Jabotinsky in 1940, was on a British-directed mission to assassinate the mufti when he was killed in May 1941 by a Luftwaffe bombing. Tragically, before the arrival of Allied forces in Baghdad a pogrom by Muslim fanatics killed or wounded hundreds of Iraqi Jews.

Immediately following the Iraq victory, Churchill was determined to destroy the remaining Axis strongholds in the East Mediterranean and he ordered an invasion, from both Palestine and Iraq, of Vichy-controlled Syria and Lebanon on June 8, 1941. A month of hard fighting put two more Middle Eastern countries under Allied control. Moshe Dayan, Yitzhak Rabin and Yigal Allon were among the hundreds of Jewish Palestinians who fought with the Allies, and Dayan lost an eye in the conflict.

Between 30,000 and 40,000 Palestinian Jews served in the British armed forces, and 6,000 Jewish-owned factories produced material for the war effort. In September 1939, after the Nazis (and Soviets) invaded and conquered Poland, David Ben-Gurion, the leader of the Jewish community in Palestine, wisely declared that they would fight the Nazis as if the White Paper restricting Jewish immigration to Palestine did not exist and fight the White Paper as if no war against Hitler was being waged.

Indeed, the Jewish-Palestinian military contributions to the Allies outweighed those of Egypt, Transjordan, Iraq, Saudi Arabia, Turkey, the Palestinian Arabs and other erstwhile Muslim allies. Only in February 1945, three months before Nazi Germany’s unconditional surrender, did these Islamic countries declare war against the Axis powers. But their declarations of war were done not to provide military support to the Allies but only to secure entry into the post-war United Nations.

On June 22, 1941, in the middle of the Syrian-Lebanese Campaign, Hitler’s army and air force attacked the Soviet Union, ending the alliance between the two hereditary enemies and making the Soviets an ally of the British. At the end of August 1941, British Commonwealth/Empire forces from Syria in the west and Soviet forces from the north invaded Iran, and in a few days of fighting defeated the Iranians, deposed the pro-Nazi Shah Reza Pahlavi and replaced him with his son, who would govern almost uninterruptedly until 1979 when he was swept away by the revolution that eventually brought Ayatollah Khomeini to power.

Approximately 25 percent of the critical military and non-lethal aid provided by the Americans and British to the Soviet Union between 1941 and 1945 was funneled through Iran. This military hardware was indispensable in the summer of 1942 when the Wehrmacht launched two unsuccessful offensives to capture Stalingrad and the Caucasian oil fields.

(Though Obama in his infamous June 2009 Cairo speech apologized for the 1953 CIA-aided coup against Iranian Prime Minister Mohammad Mossadegh, he hasn’t yet apologized for our major intervention in World War II, which was critical to the Allied victory and which led to remarkable improvements in Iran’s ports, railroads, roads and oil production. In 1946, the United States kept its promise, made to the Iranians during the war, that Soviet and Commonwealth/Empire military forces would withdraw after the Axis powers were defeated.) 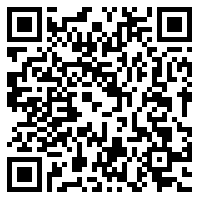