TEL AVIV – Political pundits have long debated who is the real Benjamin Netanyahu. Is he a pragmatist handcuffed by his right-wing support base and fealty to his late father’s nationalist vision? Is he a true right-wing ideologue whose apparent concessions to Israeli-Palestinian peace are but feints?

Or is he merely a political survivor willing to do whatever it takes to stay in office, ideology be damned?


Last week’s surprise announcement that Netanyahu’s Likud Party and Avigdor Lieberman’s nationalist Yisrael Beiteinu party would merge their candidate slates in the upcoming election – but not merge their parties – offers some signs that the smart money is on the right-wingers.

The move deals a potential knockout blow to Netanyahu’s left-wing rivals and makes a third term for Netanyahu more likely than ever. Some polls show the two parties losing seats as a result of the deal, but even low estimates predict them to be the Knesset’s largest list.

Lieberman’s nationalist agenda also will likely gain further traction in the next government. That agenda has included legislation requiring loyalty oaths for new non-Jewish Israeli citizens and a ban on settlement boycotts – moves that many Israeli and American Jewish critics have slammed as undemocratic.

“The real government reform starts now,” Lieberman said at a news conference Thursday night. “We advance to finish the work.”

“The prime minister is essentially signaling that he has chosen the extremist, pro-settlement right, that he has chosen to walk in place, not to make progress in the diplomatic process,” Zehava Gal-On, head of the left-wing Meretz party, told Israel’s Army Radio, according to Reuters.

Not that the Orthodox parties will be happy with the deal.

Lieberman, a secular immigrant from the former Soviet republic of Moldova, is one of Israel’s most prominent anti-haredi politicians. He wants Israel to allow civil marriage in addition to religious marriage, and he has railed against government privileges granted to haredim. The current coalition’s tensest moments came this past summer when Lieberman and the haredi parties battled over whether to require army service for haredi youths who had previously received exemptions to study Torah.

In that battle, Netanyahu sided with the haredim, breaking up the committee assigned to draft a new military service law.

The merger represents a real triumph for Lieberman. He founded Yisrael Beiteinu in 1999 as a right-wing party for Russian constituents, then quickly broadened its appeal. In 2009, when Israel last held elections, Yisrael Beiteinu won 15 of the Knesset’s 120 seats, becoming the nation’s third-largest party. Lieberman was awarded the coveted post of foreign minister, which he will retain should the joint list lead the next government.

In the elections scheduled for Jan. 22, Netanyahu’s party was previously expected to win a plurality of votes, but there has been talk among Israel’s left and centrist parties of creating an alliance to challenge Likud. Since the elections were announced, rumors have swirled about former prime minister Ehud Olmert or former opposition leader Tzipi Livni, both of the centrist Kadima Party, returning to politics and uniting a joint center-left list.

HaLikud Beiteinu, however, is expected to win more votes than any center-left party. Polls before the merger showed Likud winning 29 seats and Yisrael Beiteinu winning close to its current 15 seats. One poll following the merger showed the new list winning 42 seats, while another put it at 35 – still much greater than the 23 predicted for the left-wing Labor Party.

Under the agreement, the parties will join for the election but remain independent after the vote. Lieberman will be No. 2 on the list, behind Netanyahu.

Some Likud politicians, led by Michael Eitan, opposed the move because of discomfort with Lieberman’s ideology as well as concern the party will lose seats in the election. But a Likud Central Committee vote approved the merger.

“The time has come to unite for the state of Israel,” Netanyahu said during the news conference announcing the merger. “We ask for a mandate to lead Israel with strength.”

He said the beefed-up party would allow him to more effectively combat Iran’s suspected nuclear weapons program, fight terrorism, and make domestic social and economic changes. Netanyahu said reducing the cost of living in Israel is one of his top priorities. 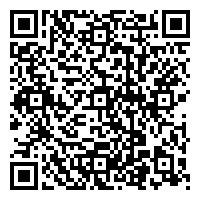