It’s been an eventful year on campus, and through it all, Israel Campus Beat has been reporting on the Israel-on-campus reality. Here’s a look at the 2011-2012 academic year through the keen eyes of ICB.

Even prior to Hillel’s initiative, however, the Israel on Campus Coalition and partners launched the Real Partners. Real Peace (RPRP) campaign in July to prepare students on campus to deal with questions about the Palestinian statehood bid. The RPRP campaign promoted the need for direct negotiations between responsible partners to end the conflict by encouraging students to write op-eds on campus, circulate petitions, and undertake other efforts to raise awareness in the campus community. At the launch, students gathered from across the nation, sharing ideas for effective campus advocacy, and used ideas from their discussions not only for the RPRP campaign but also for larger Israel advocacy efforts. To help spread the campaign and keep students connected, RPRP relied heavily on social networking, such as Facebook and Twitter.

Social media was a major tool for Hasbara Fellowships, who created the “Friend Request Pending” campaign (as part of RPRP). Using Facebook as their theme, Hasbara created a YouTube video to spread the message that Israel wants to become “friends” with Jordan, Egypt, Palestine and others, but the friendship requests are rejected.

Activists on other campuses, such as Brandeis University, have also used video to promote pro-Israel messages. Other students attended the David Project’s Video Production Seminar back in November to learn more about promoting Israel through video; one video, created by a David Project video intern, has been viewed more than 20,000 times.

Social media is quickly becoming a top tool for Israel advocacy. When IDF soldier Gilad Shalit’s release (after more than five years in captivity) was announced in October, Israel supporters turned to Facebook, Twitter and YouTube to spread the good news and share their support. Campus Israel groups use Facebook and Twitter to keep students informed of upcoming meetings and events on campus. Students are taking advantage of the technology of the 21st century and using it for Israel advocacy.

As important as social media is, it does not replace the fundamental need for building relationships. In the past year, pro-Israel students have sought to establish relationships with pro-Palestinian student groups, though the efforts are fraught with challenges. Early in the school year, ICB reported on a coalition between Students for Justice in Palestine (SJP) and Noles for Israel (NFI) at Florida State University (FSU). Such efforts are so rare that they can seem too good to be true, and in this case, it was. A mere month after the start of this new, hopeful coalition, FSU’s SJP invited Norman Finkelstein, a notoriously anti-Israel speaker, to campus and the partnership ended bitterly.

A successful partnership, however, blossomed this year at a different Florida university. At the University of Miami, an MZ-Grinspoon Intern started a new pro-Israel organization on campus, the I-Team, that includes Jewish, Palestinian and Christian members who work together harmoniously.

In response to a conference at the University of Pennsylvania that sought to advance the boycott, divestment and sanctions (BDS) effort, Israel supporters galvanized to offer a broad range of activities designed to counter the anti-Israel activity. Student activists from all over traveled to Penn to engage students in discussions about Israel. With Harvard Law professor Alan Dershowitz as the keynote speaker and over 800 students attending Friday night dinners devoted to discussing the conflict, the effort succeeded in creating a positive view of Israel on campus and yielded an Ivy League joint leadership statement condemning the BDS movement.

Later in the year, Dershowitz shared his views with ICB about the Harvard University student conference in March, entitled “Israel/Palestine and the One-State Solution.” Student activists and the professionals who support them have learned a lot from the encounters with anti-Israel activity on and off the campus over the past year. But the most prominent lessons to be learned may be the importance of building and maintaining coalitions and partnerships with diverse groups. 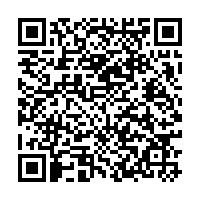