Beineinu and Choice of the Heart (COH) will be holding their annual Symposium this Thursday night, May 17th, at Heichal Shlomo in Jerusalem. With well over 100 singles and young couples already registered, organizers may have to close the doors if maximum capacity is reached before the event starts.

Beineinu, which is the Singles division of the International Young Israel Movement – Israel Region, runs year-round programming for orthodox and traditional singles from throughout Israel in the 28-42 age range. These well attended functions are frequented by new immigrants from around the globe together with native Israelis.


Choice of the Heart is aimed at getting new marriages off to a great start and solidifying the relationship between husband and wife. COH offers courses and workshops designed to cover topics that couples usually have to deal with in the first year/s of marriage that can become stumbling blocks such as: communication, finance and more.

Micki Lavin-Pell, Director of Beineinu commented: “We are very excited about this event. The early registration shows that singles and couples are looking for guidance in dating and relationship building. We are happy to be here as a much needed resource. Beineninu, in its two years of existence, has proved to be the organization of choice for singes in Israel thanks to our interactive and dynamic programs.”

Sherrie Miller, Director of Choice of the Heart stated: “In South Africa the equivalent  of our workshops is a pre-requisite to getting married under the Rabbanut in an attempt to make sure that every marriage has the greatest chance of success. Choice of the Heart strives to do the same here in Israel.”

The event will begin with a keynote address by Dr. David Ribner – Professor at Bar-Ilan University  and co-author of ‘Et Le’ehov’ followed by workshops led by Sherrie  (“Communication – make your partner your BFF”) and Micki (“How to avoid marrying a Jerk or Jerkette”) for both couples and singles.

If you would like further information or to cover the event on Thursday May 17th starting at 7:30 PM contact: Daniel Meyer – iyimisrael@gmail.com/ 0544826649 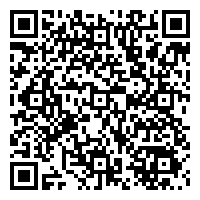