There are many of us Swedes who are in shock after the Swedish opposition leader Anna Kinberg Batra of the Moderate party recently arrived home from a four-day trip to Israel and the Palestinian Territories. What was supposed to have been the beginning of a healing process for Swedish-Israeli relations has developed into a real nightmare. Many liberals and friends of Israel including people who have been voting for Ms. Kinberg Batra’s party, the Moderates, feel deeply disappointed with the outcome of her trip.


The relations between the two countries are not better, and they may have even become worse, at least in the eyes of the Israeli public which could read in Israeli media that the visiting Swedish politician viewed settlements as ”unacceptable,” while uttering no words that the Palestinian Authority’s (PA) incitement to violence is unacceptable.

Kinberg Batra started her tour in Israel at Tel Aviv University, a university known in Israel as a stronghold for left-wing radical activities. She continued by meeting with the Social Democratic leader of the Zionist Union, Mr. Yitzhak Herzog. They both posted photos from their joint meeting. Kinberg Batra commented on the meeting by stating it is ”important to hear different views.”

Then came the day she went to the Knesset were she allegedly met with Israel’s Prime Minister, Benjamin Netanyahu. But no photos were released from the meeting nor was a statement given from Netanyahu about this meeting.

Later in the afternoon a seemingly tired Anna Kinberg Batra spoke to Swedish media about the meeting, referring to it as ”constructive”. She also claimed that she was not there to discuss the Swedish government but rather to talk about how exchange and cooperation can be improved between Israel and Sweden. She stated that it was her conviction that these things can be improved, which means things did not improve from the meeting.

The next day this same Swedish leader of the Moderate party went to Ramallah where she met with the Prime Minister of the PA, Dr. Rami Hamdallah. Palestinian media such as Maan News reported that the Swedish opposition leader was briefed by Prime Minister Hamdallah on ”the latest Israeli violations against the Palestinian people” which actually meant the existence of Israeli settlements and Israel’s legal blockade of Gaza. According to the official PA news agency Wafa she also met with Azzam al-Ahmad, who is responsible for advancing Fatah’s reconciliation with the terrorist organization Hamas. Kinberg Batra, according to Wafa, assured al-Ahmad of her party’s support of the stance of the Swedish government regarding ”the Palestinian cause”. According to Palestinian press she also promised future collaboration and coordination between her party and the Fatah movement in the various parliamentary and political issues.

The Swedish opposition leader’s statement to Swedish press that she was not there to talk about the Swedish government seems a bit far-fetched compared to what Palestinian and Israeli media reported. While Wafa reported on her clearly stated support of the Palestinian cause, Jerusalem Post reported that during her visit to the Knesset she delivered a message from the Swedish foreign minister Margot Wallström claiming that the minister does not support BDS.

Many people in Sweden had hoped for totally different outcome of her meeting with Knesset  and PA politicians. First of all, we were expecting improved relations between Israel and Sweden. That can only happen if a Swedish minister or a Swedish opposition leader radically changes their views of the Israeli-Palestinian conflict and adopts a more realistic position on solutions for peace, the PA, and settlements. To begin a diplomatic trip to Israel by stating that settlements are unacceptable is not a sign of a new position towards Israel.It is not telling us that the Moderates understand the situation on the ground, nor that they have a realistic approach to the real obstacles to peace in the region: hate propaganda, anti-Semitism and PA corruption. That an alleged statement rejecting BDS was made on behalf of  the Swedish government behind closed doors and not to the Swedish press is very worrying. Such statements need to be stated publicly. What is Swedish politicians afraid of? Why hide such a statement?

The key to an improved foreign policy would be conditional aid to the Palestinians. These conditions, as well as a re-examined decision of whether or not to recognize Palestinian statehood, are what her own party’s LGBT network Open Moderates (Öppna Moderater) have been calling for. So far, Kinberg Batra has failed to make the same statements, as it appears that such statements have not been reported by the Israeli, Swedish or Palestinian press.

I understand that a politician sometimes has to meet with politicians with whom the may not agree. But Palestinian Prime Minister Rami Hamdallah and Mr. Azzam al-Ahmad are not uncontroversial politicians. Al-Ahmad has saluted terrorists like Samir Kuntar, a terrorist who has murdered four Israelis, including a 4-year-old Jewish child. Armed operations serve the negotiations, Al-Ahmad has stated. Hamdallah has also made controversial statements in support of terrorist acts. Regarding the knife intifada, which many Western leaders have referred to as terrorism, Hamadallah has described as ”popular and peaceful struggle”. This is not exactly the kind of Prime Minister you want to collaborate with if you support democratic values and peaceful dialogue. But according to official Palestinian media, Kinberg Batra stated that she assured mr Al-Ahmad that her party would collaborate with his and Hamdallah’s Fatah movement, a political party that educates children to violently attack and kill Jews in a so-called “armed struggle” with Israel. The result of European politician’s unconditional  collaboration with Fatah is more terrorism, no democracy, and no peace.

Kinberg-Batra’s trip to Israel and Ramallah has only proved one thing: She is absolutely not representing an opposition to the current Swedish government’s anti-Israeli policies and unconditional support to the Palestinian leadership. Instead she is should send a strong message that if she is elected Prime Minister, Sweden under no circumstances will continue to  finance a Palestinian leadership that is honouring terrorists and is building a state from hate. 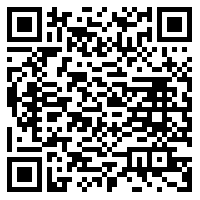