The Turkish Justice Ministry on Tuesday officially requested that the US arrest Turkish preacher Fethullah Gülen, the founder of the Hizmet (Service) movement and its Alliance for Shared Values. Gülen lives in self-imposed exile in Saylorsburg, Pennsylvania.

Despite President Recep Tayyip Erdoğan’s repeated calls over the past two months for the cleric’s extradition, this is Turkey’s first official provisional arrest request to the US for Gülen, who is accused of leading the failed July coup that resulted in the death of 240 people, according to Justice ministry sources cited by the Anadolu news agency.


According to these anonymous sources, the official request claims that the July 15 coup attempt was carried out under Gülen’s “command and control.”

The dispute between Gülen and Erdoğan go back to 2013, when a number of corruption-related arrests were made against Erdoğan’s allies, reflecting a growing political power struggle between Gülen and Erdoğan. The arrests led to the 2013 corruption scandal in Turkey, which the ruling Justice and Development Party (AKP)’s supporters (along with Erdoğan himself) as well as the opposition parties said was choreographed by Gülen.

The Erdoğan government said the corruption investigation and comments by Gülen were part of the long term political agenda of Gülen’s movement to infiltrate the security, intelligence, and justice institutions of the Turkish state, a charge almost identical to the charges against Gülen by the Chief Prosecutor of Turkey in his trial in 2000 before Erdoğan’s party had come into power.

Gülen had previously been tried in absentia in 2000, and acquitted of these charges in 2008 under Erdoğan’s AKP government.

Israel MUST Protect its Heritage 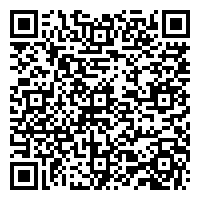