It’s that time of year. School has started and for the vast majority of Orthodox Jews with school age children  ‘belt tightening is the order of the day. What I mean of course is that the cost of educating our children Jewishly is beyond the means of virtually all Orthodox Jewish families.  Even those that have decent incomes – north of $100,000 per year. 5 children or more per family is not uncommon. And in the more Charedi  families 10 children of more is not uncommon.


If one looks at the range of tuition one would have to pay per child, one might get sticker shock. Looking at just Chicago (and suburbs) as an example the range for Orthodox Jewish elementary day schools is anywhere from $10,500 to $17,500. It doesn’t take a genius in math to multiply those figures by  5 children. Full tuition at the least expensive school will cost those parents $52,000! And that doesn’t even factor in high school tuition which in Chicago – in most cases ranges well in to the $20 thousands! And then there is summer camp; the gap year in Israel… How many parents opt out of those experiences for their children? I don’t know what the typical cost of summer camp is… but it isn’t cheap. I also do not know what the gap year in Israel costs. But it is probably a lot more than high school tuition!

So if you’re making about $100,000 per year, which most people would say is a decent income, paying full tuition with after tax dollars will eat up most of it. And most Orthodox Jews do not make over $100,000 per year. (Although many do.)

Which is where scholarships come in. The vast majority of the parent body of religious schools are on at least a partial scholarship. But since these schools are forever running deficits, scholarship parents are carefully vetted before the tuition reduction is determined for them. They are still asked to pay as much as they can. Which many parents feel is more than they can afford. Which leads to the belt tightening.

There is pressure on both sides. Pressure on parents to pay as much of their income as possible and pressure on the school to make up the difference with fundraisers. Some schools do better than others. But few can coast. None of them are on easy street and are forever trying to come up with new ideas as sources of revenue. The bottom line is that a good education costs money. If you want good teachers – you are going to have to pay for them.

Issues about school waste are beyond the scope of this post. Suffice it to say that there will not be much savings to parents even if schools eliminated all of it. And as is often the case, waste is in the eyes of the beholder. What may seem like waste to a parent, may in fact be vital to the smooth operation of  a school.

I bring all of this up in light of an article in the Forward that reports about the publication of spreadsheets that list tuition costs of thousands of religious schools in the US, Canada, and Israel. While the accuracy of these numbers is unclear this list gives a parent some idea about the cost of the options available in the various communities in which they live.

But is cost the best way to judge what kind of school you should send your child to? If for example there are 2 schools that have equivalent educations – and one is cheaper, should you send your child to the cheaper one? The truth is that it will not necessarily save you any money because it does not factor in scholarships. Which can be greater in the more expensive school. And thus ultimately cheaper.

Furthermore, what seems like an equivalent education to an outsider may not actually be the case to an insider. It is important to send your children to a school that will give them the best education based on your Hashkafos. Money should at best be a secondary consideration.

The disparity in the type of education and tuition costs offered between these schools can be profound.

A Chasidic school in Williamsburg might have a tuition cost per child of $5000. But they will offer no secular studies. Which of course saves them the cost of hiring secular studies teachers.

A Yeshivishe school that does offer secular studies may offer them minimally as a necessary concession to parents that want it, but devote the vast majority of their time and resources to religious studies.

Some schools on the other side of the religious spectrum spend the vast majority of time on secular studies – preparing their students for entry into top universities. And treat religious studies as a formality. Some schools offer a lot of enrichment programs. Some have sports teams that compete with other schools spots teams. In short there are a lot of variables. Tuition costs are but one of them, and in my view, the least important one.

The one thing I believe all religious schools have in common is that they provide a religious environment for the child. In my view, the importance of this cannot be stressed enough. If you child is not set to a religious school, he will be influenced by the values of the school to which you send them. Outside the home – they will be subject to a culture practically devoid of any Jewish context. Spending 6 or more hours per day in such an environment can take its toll on religious observance. Even if the home environment is 100% observant.

One need not look any further than our own history in America prior to the advent of Jewish education as we know it today. When there were few religious schools, many observant Jews had little choice but to send their children to a public school. Although many stayed religious, many did not – absorbing the values of that school and seeing their own home environment as irrelevant to their eventual lives.

If on the other hand if you are in an environment where everyone is more or less on the same page religiously – the chances of that happening are substantially reduced. I therefore cannot stress enough the importance of a religious day school and high school education. If you want to assure that your children will be observant, that is the best way to assure it. (There are no guarantees of course. Many young people that have attended these schools have gone OTD for reasons that are beyond the scope of this post. But a religious school is still the best way to assure the continued observance by your children),

This finally brings me to a disappointing article by Forward columnist, Bethany Mandel. She and her husband have been dissuaded from sending their children to a religious school because of those oppressive tuition costs. Which she saw in that newly published spreadsheet. Here is how she put it:

When I became Orthodox I had every intention of doing so. But upon having children, we did the math and realized that for the number of children we want to have (I refuse to have fewer Jewish children for the sake of tuition payments) multiplied by the amount we would be on the hook to pay, even after financial aid, our bill would almost certainly exceed my likely take-home pay.

This has led her to a decision to home school her children. While it is true that they may not have the influences of the public school – her children will not have the influences of a peer group and educators of a religious school. Besides, I’m not convinced that the typical parent is capable of doing the job of highly trained professional educators – to teach their children the knowledge required to excel in both religious and secular studies.

Her children will also not get the positive reinforcement that interacting on a daily basis with a religious peer group and the variety of teachers they would have. I believe Ms. Mandel will be unwittingly shortchanging them by not allowing them to have the full measure of Jewish education that only a school flied with trained professionals can provide. Even with all of the possible flaws she might find in the one she chooses.

I would, therefore, urge Ms. Mandel and like minded parents that have been scared off by those high tuition figures – to reconsider. I cannot emphasize enough the importance of a peer group environment to a child’s religious future. Although that alone is not enough. I feel it is of vital importance as a added edge to an observant end. What about the cost? I am absolutely convinced that her financial concerns will be addressed by the scholarship assistance she will  surely receive. No one is ever asked to pay more than they make. 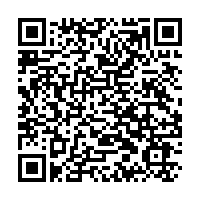