What does ”small” mean in the vast theoretical framework of international relations? IR theory clearly advocates in favor of comparing state actors to classify their power relative to one another. Each state’s power capacity can only truly be assessed through comparison. For example, while it is a theoretical fallacy to argue that the US is a strong state, it is correct to say that the US is stronger than all other states in the international arena.


Comparison is a useful tool that enables us to comprehend the qualitative rather than the quantitative characteristics of each and every state. This is important because quality, unlike quantity, never gives a false indication of either power or weakness.

The same applies to the word ”small.” If the word is used to refer to a state’s size, then it does not adequately support IR theory, as the size of a state does not always determine its relative might in the international arena. There are several cases in which size clearly did not correlate with might. Great Britain was never a physical giant, but it nevertheless managed to establish a global empire on which “the sun never set” through effective diplomacy, efficient private economic institutions (e.g., the East-India Company), and a fearsome navy. At the other end of the spectrum is China, a geographical and demographic giant that has experienced 100 years of continuous humiliation; and the former Soviet Union, a territorial giant with economic glass legs that was defeated by the physically smaller but economically and technologically much more advanced US.

From a theoretical point of view, therefore, a quantitative approach cannot offer satisfactory answers to the pressing questions of the 21st century. Globalization and cosmopolitanism are not just ideological trends but undeniable facts deriving from the impressive technological advancements humanity has achieved over recent decades. In particular, artificial intelligence (AI), which  has entered the defense industry, thoroughly changes the normative quantitative approaches of the past. AI opens a new qualitative list of variables to indicate whether a state will succeed or suffer existential failure. This new dichotomy can be labeled smart states vs. foolish states.

A smart state is a rational actor in the international arena. It rejects IR revisionism and every other fundamental systemic change that might produce total war. It pays close attention to its own technological advancement and reinforcement. Its state economy gives the private sector room to breathe, but controls natural resources such as water. It allows public schools and universities to compete with private schools to produce a balanced societal educational outline, and encourages social mobility.

A smart state develops its homeland security policy on a qualitative and not a quantitative basis. It invests heavily in AI, as the technology—which defies the logic of pure numbers—opens a new chapter in war theory and grand strategy. For example, a hypothetical army of 20 well-equipped robots with high-tech guns might prove more efficient than an army of 10,000 ill-equipped militiamen.

A smart state has the agility to develop both soft power that can positively influence public opinion in other states and a “softer” form of hard power not easily traced by the intelligence services of non-friendly states. This could include psychological operations with the intent to undermine adversaries’ bureaucratic structures.

A smart state is one that invests in flexible diplomacy, comprehends fluctuations in the international environment, and acts to secure its national interests by elevating its status in the structural scale of power to maximize its prospects for survival.

And last but not least, a smart state does not try to read the future by remaining stubbornly stuck in its own past.

On September 15, 2020, the UAE and Israel signed the Abraham Accords, normalizing relations between the states. This move highlighted the already well-defined characterization of these states as “smart” due to the choices they have made over the past decades. The UAE is a global educational hub and Israel is the “Start-Up Nation.” Both favor the preservation of the existing status quo and oppose revisionism by state or non-state actors.

Israel and the UAE have constructed two of the most technologically advanced hard power capacities in the international system, while their soft power capabilities are based on cultural and religious resilience. The Abraham Accords also reveal the continued capacity of the US to act as global stabilizer and formidable western power, one that is still capable of generating international progress despite unprecedented frictions at home.

The Abraham Accords exceed their dimensions as a mere step in the strengthening of the already durable state structures of two nations. They have the potential to operate as a new cornerstone of collective response to state and non-state threats in the wider region.

The world is still in the midst of the COVID-19 pandemic, but this will eventually pass and international life will return roughly to normal. Dismal economic conditions in Iran and fallout from the August blast at the Beirut Port, which exposed Hezbollah to public anger, will force the Tehran regime to play hardball to ensure its survival. The post-pandemic international reality may bring to the surface Iran’s efforts to obtain nuclear capability. A regional front against Tehran’s profound revisionism could prove a strengthening factor to protect the status quo in the Eastern Mediterranean and the Middle East.

At the moment, the global jihadist movement is in retreat. Both ISIS and al-Qaeda have been considerably weakened, mainly as a result of the War on Terror. However, global jihadism is not dead: it is going through an ideological and organizational restructuring. Al-Qaeda, for example, is facing an existential dilemma: whether to follow ISIS’s example and organize a broader social base via a new ideological narrative that can be easily followed by the masses, or continue in its secluded operational circle. As reports from around the world indicate, it is awaiting an opportunity to spread death and misery once again. In addition, jihadism does not operate within national boundaries. This means that strong al-Qaeda cells in sub-Saharan Africa are still capable of operating around the world.

The Abraham Accords may function as a decisive mechanism with which to crush terrorism, as both Israel and the UAE have thorough knowledge and experience in dealing with it. Such knowledge put to use in concert could prove exponentially more effective.

Also, since February the Eastern Mediterranean has witnessed an increase of Turkish maximalism in the Aegean, around Cyprus, in Libya, and in the Gaza Strip. This is not just a sporadic manifestation of Turkey’s behavioral issues but a disclosure of Ankara’s hegemonic intentions, both as a major naval player in the region and as the purported champion of the Sunni world. Israel and the UAE, together with Greece, Egypt, and Saudi Arabia, have the capacity not only to blockade these revisionist moves but to deter Turkey from spurring a violent confrontation between NATO members.

Turkey’s problematic behavior has undoubtedly been spurred on by Washington’s decision to cozy up to Ankara to some extent rather than definitively discourage Turkish aggression. A strong front against Turkey’s conduct will foster peace and prosperity in the wider area of the Eastern Mediterranean and the Middle East, offering more geostrategic confidence to the other states of the region.

Since the dated quantitative approach does not allow for a thorough examination of the status quo in the Eastern Mediterranean and its prospects after the Abraham Accords, a “smart state” theory should be shaped in its place according to which states defy their size and build their own futures. Israel and the UAE are the first in a circle of smart states in the region. Now that they have acted, the other rational actors of the wider Eastern Mediterranean and the Middle East can follow. An excellent path has been paved, and more states are sure to emulate the smart example of the UAE and Israel.

(Dr. Spyridon N. Litsas is Professor of International Relations at the University of Macedonia and Visiting Professor of Strategic Theory at the Supreme Joint College of War of the Hellenic Armed Forces) 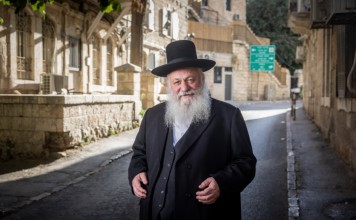 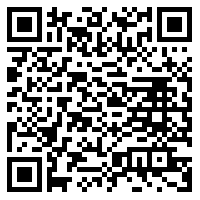