The Chabad-Lubavitch movement this week announced its appointment of Rabbi Levi Duchman to serve as its emissary to the UAE.

According to Anash.org, the Chabad-Lubavitch’s involvement with the UAE began in 2008, when Jewish businessmen from New York who were regular visitors to the UAE asked one of the movement’s leaders, Rabbi Yehuda Krinsky, to create a center for Jewish life in the UAE. The first rabbinical students were sent to the Gulf States in 2010 to conduct a Yom Kippur service, and were followed by new rabbinical students on every Jewish holiday since.

Rabbi Duchman arrived in the UAE in the winter of 2015, and the following spring led a communal Passover seder in Abu Dhabi. He made the UAE his home later that same year and took over the local JCC. He established a Talmud Torah that served four children to start and today has 40 students.

A small Jewish community lived “in the shadows” in the UAE for many years, since before it was established, in 1972. Now, with improved relations between Israel and the UAE, the Jews of the UAE have been coming out of the shadows and openly congregating and praying together. The local kosher slaughtering service provides the community with a weekly supply of 1,000 kosher chickens. But last May, the JCC imported from the US the largest meat shipment in the history of the community.

Duchman has just opened an upscale kosher restaurant in the Burj Khalifa tower in Dubai, serving Mediterranean fare and wine and sporting a “sleek Asian décor.”

“Thank God, Jewish life here in the UAE has been able to blossom like a desert rose,” Duchman told Anash.org. “The coexistence and true respect people have for one another here is beautiful and unfortunately all too unique. It’s also clear that none of this could have happened without the support and vision of the UAE’s benevolent leader, his highness Sheikh Mohammed Bin Zayed Al Nahyan, and is something the entire world can learn from.”

Just like the joke about the Jewish guy on a desert island, Dubai is home to two additional synagogues, one led by Ross Kriel, president of the Jewish Council of the Emirates, and Rabbi Yehuda Sarna—a graduate of the Rabbi Isaac Elchanan Theological Seminary; the other is led by Solly Wolf, who has lived in the UAE for 18 years.

Rabbi Moshe Kotlarsky, who runs the Chabad-Lubavitch global empire of emissaries, told Anash.org: “I’ve been closely following the growth and success of the UAE Jewish community over the last decade and have been able to see it with my own eyes.”

Rabbi Kotlarsky has visited the UAE several times, and has congratulated “the community and its leaders on their monumental past success and bless them to go from strength to strength as they celebrate these new milestones.” 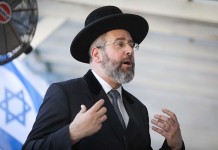 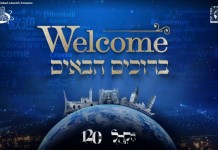 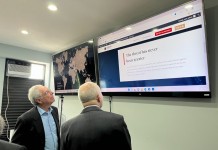 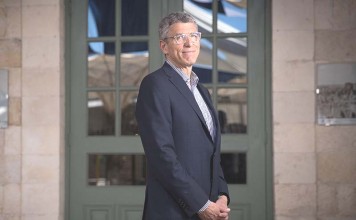 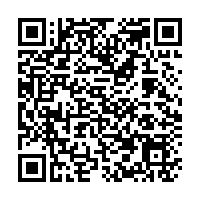