I find it hard to believe, but the first yahrzeit of Kesher Israel (KI) Congregation’s beloved Cantor Seymour Rockoff is rapidly approaching (21 Tammuz – corresponding this year to July 27.)

I will always treasure the talks I had with Cantor Rockoff, many of which took place while walking home from Friday night services. During those short walks, I never knew where the discussion would lead. The cantor might share his unique perspectives on world events, or a little-known detail relating to Jewish prayer, or an original Torah thought. On rare occasions he would offer a window into his life by sharing some of his own experiences from his younger years.


What follows is a Cantor Rockoff story I’ll never forget.

The cantor and I had officiated at a Kesher Israel funeral that week. As with other funerals at KI’s cemetery, after the casket containing the deceased was lowered into the ground, family members and friends each offered a loving good-bye as they took turns shoveling earth into the open grave. Once the casket was fully covered with earth (and then some), we stopped to recite the final memorial prayers.

Upon completion of those prayers, I announced that the service was over. However, I invited any friends and family members who wished to continue placing earth into the grave to do so. When everyone was finished, I let the cemetery workers know we were done. They promptly cleared away the folding chairs and carpeting from the gravesite and used a truck to bring in a load of earth to fill the rest of the grave.

During our Friday night walk home from KI that night, Cantor Rockoff told me that decades earlier he had been a pulpit rabbi in Liberty, New York. While visiting a shiva home the day after a funeral at which he’d officiated, he was approached by the widow. The grieving woman told Cantor Rockoff that her just-deceased husband had vividly appeared to her in a dream, telling her he felt so cold.

Cantor Rockoff did his best to calm her, assuring the woman she had done everything possible for her beloved husband, and that it was natural to have dreams about someone she loved so much and was now gone. His comforting words seemed to put her mind at ease, and their conversation moved on.

When Cantor Rockoff returned to pay another shiva call the following day, he was again approached by the widow, who was just as distraught as she’d been the day before. She told him she had again clearly seen her husband in a dream – and again he had complained about how cold he was. Once again, Cantor Rockoff did his best to reassure the woman.

As he drove home from the shiva house, however, the cantor decided to stop at the cemetery for a quick look. He parked his car and walked over to the fresh grave of the man whose family was now observing shiva. Cantor Rockoff was stunned to see that the cemetery workers had left before finishing their job. A pile of earth still sat next to the grave in which only the casket had been covered at the time of the funeral. Cantor Rockoff immediately took off his jacket and tie and went to work with a shovel. The grave was soon properly filled.

The cantor told me he returned to the shiva home the next day, but never mentioned to the family what had occurred. He noted with a sense of fascination that during that visit (and during all subsequent interactions) the widow said nothing further about any uncomfortable dreams involving her late husband.

We walked a bit further. Cantor Rockoff paused, raised an eyebrow, looked at me with that mischievous look of his, and asked: “What do you think of that?”

I just shook my head in amazement, and we continued walking in silence. However, you can be sure I visited KI’s cemetery that Sunday morning to double check that the grave of the funeral at which we had recently officiated had been properly filled. It certainly had been, and I breathed a sigh of relief.

I often thought about Cantor Rockoff’s story during my time at KI. On several occasions I stopped by KI’s cemetery the day after officiating at a funeral just to take a quick look. I’m happy to report that I never encountered any problems – our local cemetery professionals do their job extremely well.

May God remember how faithfully Cantor Seymour Rockoff served Kesher Israel Congregation. May He bless the cantor’s devoted wife, Dena, with much health, happiness, and nachas from their beloved family.

‘Do You Know Your Parents Are Heroes?’ The Story Behind ‘Operation Wedding’ 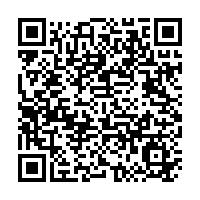