I was a young girl in 1980 when Ronald Reagan was nominated at the Republican National Convention in Detroit, the city I grew up in. I remember the excitement in the air, the fanfare that engulfed a depressed city that was still close enough to its glory days to recall them and yearn for their return, yet far enough to sense that they might never come back.

I remember the red, white, and blue balloons that flitted in the air, along with hopes for a redeemer in the form of this new nominee who radiated optimism in the form of pragmatism. And I recall being proud to be part of a process that people believed in; a confidence not owing to my youth or naiveté but to an instinctive trust in America’s exceptionalism and its system.


Almost four decades later, politicians are still clamoring to identify with Reagan and his politics. His famous invocation of the “shining city on the hill” was the most quoted phrase during last month’s Republican National Convention. Even President Obama, in his address to the Democratic convention in Philadelphia a week later, mentioned that “Ronald Reagan called America a shining city on a hill.”

However, no amount of summoning up that shining city is enough to make it reappear today. Irrevocably altered, the American landscape has changed so that the shining city seems more elusive than ever.

Detroit has crumbled and never recovered. The dreams its citizens harbored in 1980 deflated like the balloons that teased an audience into thinking its grandeur might return. The inflation and long, winding gas lines that characterized Jimmy Carter’s incompetence and were responsible for Reagan’s landslide victory disappeared during the Reagan years, but the country would, over the ensuing decades, regress on several levels and face crises far more severe.

We are now on the road to a $20-trillion dollar deficit. Government regulations are stifling those American businesses that are still afloat. Obamacare jacked up healthcare prices for precisely the people it was supposed to help and continues to threaten small businesses. Illegal immigration, with all its costs and damages, is rampant. The quality of education and our military are continually being downgraded. Half the nation is on food stamps and other government programs. And of course the threat from radical Islam looms ever larger and more dangerous.

If this sounds like some sort of doomsday scenario, it is. All the more so because the economic deficit plaguing America is accompanied by a moral and cultural deficit. Driven by agenda-based groups and the media, America is a different country now from the one I grew up in. What was taboo then is now accepted and celebrated; what was opposed then is now silenced and excused. And an ancient vice squad has been replaced by its inverse – the PC Patrol.

Social mores no longer reflect a Judeo-Christian belief system. Nowadays, the more deviant the behavior, the more likely it is to be flaunted. Single motherhood is an acceptable and common alternative to marriage. Gay marriage is applauded, when as late as 1990 homosexuality was still classified a mental disorder by the World Health Organization. And who could have predicted that crossdressers and transsexuals would become the latest aggrieved minority in the liberal imagination?

We are a country whose young people are being taught to glorify America’s enemies and vilify its friends. Allies like Israel, long championed as the only democracy in the Middle East, are castigated by radicals who then incite politicians against it. And a racial divide built on a false narrative threatens the security that used to blanket this country.

True, many Americans may be thriving individually, but collectively our nation is on a downward spiral. And those who are leading it or who aspire to lead it are cheerleading the descent rather than trying to prevent it.

According to a study by the Pew Research Center, in 1994 only 30 percent of Democrats considered themselves liberal, a number that doubled by 2014. This problem is confounded by the reality that what is deemed liberal today was thought extreme or radical twenty years ago. Consider an Iowa poll earlier this year that revealed that 4-in-10 likely Democratic caucus-goers described themselves as socialist. Thus, the Democratic platforms of twenty years ago and today are similar in virtually nothing but party name.

The fact is, millions of Americans would not have felt “the bern” had the climate not been ripe for such an embrace. Bernie Sanders tapped into an enormous subset of Americans who apparently slumbered through the end of the Cold War and the abject failure of brutal communist regimes. And Hillary Clinton continues to pander to that very crowd by painting a rosy and disingenuous picture of what America would look like with even more government handouts.

An even clearer reflection of the country’s discontent came from the other side of the political spectrum, as political novice Donald Trump, endlessly mocked by the nation’s elites, stormed through the Republican primaries, leaving the campaigns of more than a dozen mainstream establishment politicians a smoking crater.

With so many Americans of differing political views agreeing that the country is way off track and that conventional politicians don’t hold the answer, there is at least some reason for hope. The clock probably can’t be turned back to that shining city on a hill, but we still might be able to make America great again. 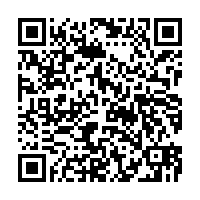