The summer is passing us by at a dizzying pace and we now find ourselves in the month of Av. In which area must we grow during these days? Come; let’s explore what Hashem has in mind for us.

The month of Av, like every month, is aligned with a particular tribe. Since Av is parallel to Shimon, let’s take our first step by analyzing the essence of Shimon alluded to in his name. Upon giving birth, Leah states “Hashem has heard that I am hated, and He gave me even this one. So she called his name Shimon”(Bereishis 29:33). The pasuk is explaining that the root of ‘Shimon’ is from the word ‘shmiyah’ – which means listening. Apparently, the avodah of Av is related to listening. In what way can this be understood?


To answer this question, let’s move on with a further analysis of Av. Every month has a constellation, with Av being aligned with Aryeh – Leo the Lion. The metaphor of a lion is found in many places in the Torah, and the significance of Av’s alignment with the lion can consequently be very great. However, it may be prudent to limit our study to two specific instances.

One obvious example of one who may be compared to a lion is Hashem (see Hosea 11:10). This anthropomorphism is logical, for there is no greater leader that can be compared to to the King of kings than the lion, the king of beasts. The problem is, the avodah of Av can’t possibly be to emulate Hashem’s lion-like qualities, because it is impossible to obtain even a fraction of Hashem’s power. So let’s move on to another option. We find in Sefer Yirmiyah (4:34) that Nebuchadnezzar, mighty ruler of the globe-spanning Babylonian Empire, was also compared to a lion. Now this choice may be an option, as Av is the month in which Nebuchadnezzar destroyed the Beis Hamikdash. Apparently there is a connection between Av and Nebuchadnezzar. However, in reality, this option is even less helpful, for what could we possibly want to learn from Nebuchadnezzar’s evil ways?

We remain with our question: which lion is Leo?

Let’s take a detour. The Rema (O.C 476, 2) writes that some have the custom to eat an egg (which is a symbol of mourning) at the Pesach Seder. He explains that this is because the first night of Pesach always falls out on the same day of the week as Tisha B’av. Is this not a strange idea? Who cares if Pesach and Tisha B’av fall out on the same day of the week? It is obvious that the Rema understands that there is a connection between Pesach and Tisha B’av. What can that connection be? Perhaps the key can be found in the Gemara in Megilla (14a): “Praise the servants of G-d, who are not the servants of Pharaoh.” This strange equivalence between Hashem (the omnipotent King of kings) and a mere mortal monarch seems to imply that human beings are never really their own masters. They are always either the servants of Hashem or of Pharaoh.

This idea can be explained as follows. Hashem wants only the very best for us. As the Ultimate Giver, He wants to give us everything. Now, one can never be truly happy if he believes that what happens in his life is solely in the hands of man, because he will constantly be worried about occurrences that are out of his control. In contrast, someone who knows that Hashem is in complete control and is taking care of everything can relax knowing that everything will work out in a good way. So Hashem, being the Ultimate Giver, wants us to be humble before Him so we will truly be happy. But if we refuse to humble ourselves on our own, then Hashem will need to find a different way to lower our grandiose self-image. It is likely that Hashem will lend some of His power to a mortal so that mortal can subjugate us and make us realize that our lives are not in our own control, but rather in Hashem’s. This is the connection between Pesach and Tisha B’av. At the Seder we eat the egg to remind ourselves that we can either humble ourselves and be servants of Hashem, or Hashem will find another way to bring us to the greatest happiness – by placing us at the mercy of a mere mortal. 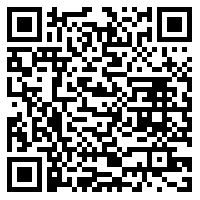