Growing up in Boro Park, New York, the heart of the Orthodox Jewish community in America, in the 1980s, nearly every family I knew had been touched by the Holocaust. The few girls in my grade whose grandparents were not survivors seemed different. Their family dynamics and experiences were just different from the rest of ours. I was always very aware of why my mother never knew what it was like to have grandparents. My grandfather rarely spoke about his prewar life and almost never discussed the war itself. My grandmother thankfully did.

To me, my grandparents and their generation were unbelievable heroes. The strength of spirit that it took to emerge from utter desolation, to arrive in a strange new land, and to rebuild is unimaginable. They started families and built communities. They amassed wealth and prestige. With all that being said, what truly amazed me is that although they had lost everything – literally – the one thing they never lost was their faith in God.


Every year on Passover, at the Seder, my grandfather would recite the Haggadah with a fervor that would light up his face. To me he always looked like an angel. There were always a few tears streaming down his face as each word was precisely recited. I learned that the last time my grandfather saw his family was the first night of Passover. He had been drafted into the Hungarian army and went AWOL to see his family. He celebrated the first Seder with them and then returned to the army. His family was taken shortly after.

Knowing this, the tears on Passover made sense to me, but the fervor of the recitation did not. This God he was praising for taking the Jewish people out of Egypt was the same God who allowed Hitler to kill his family. If anything, for him Passover should be a reminder of God’s betrayal, not an occasion to wholeheartedly celebrate His glory. Every year it amazed me.

My grandfather served in the Hungarian army’s kitchen, cooking and preparing food for the troops. He was surrounded by and had access to food all day, and yet he would not eat. Why? The food was not kosher. He ate raw potatoes to survive. To me, as a teenager and even as an adult, this seemed like madness. In times of emergency, the laws of kashrut were surely meant to be suspended. And why even bother? All the devotion to God and His laws did not prevent this human tragedy.

To my grandfather, keeping the mitzvot and belief in the Torah were so integral to who he was that not even the Holocaust could cause him to question his belief or waiver from his observance. He, and so many others like him, went back to their homes after the war only to discover that no one was left. They picked themselves up, went to America, and continued to live their observant lives. They started synagogues, yeshivas, and kosher supermarkets, and rebuilt religious communities. The depth of their belief in God and His just nature allowed them to move on, with God still being the central focus in their lives.

I have carried that feeling of amazement with me all my life. My life has been easy and blessed. Certainly I have faced no challenges even worth mentioning in comparison to my grandparents’ lives. Yet there are times when I doubt and when I question. I don’t question the presence of God. I truly and innately have a deep belief in God and His total control of the universe. It’s the particulars – the details – I have an issue with. Would God really be offended by my eating a non-kosher tuna sandwich? Does not opening a light on Sabbath really demonstrate one’s commitment to God? As a more liberal, intellectual Jew, I have grappled with these questions. The one thing I always come back to is neither liberal nor intellectual. It is my vision of my grandfather willing to starve to death during the war rather than break God’s commandments. 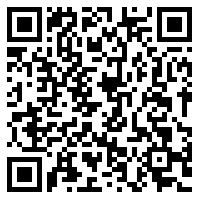