“Whoever has mercy on cruel people will in the end act cruelly to merciful people.” So the Midrash deduces from the story of Shaul HaMelech – King Saul. When commanded to kill out the wicked nation of Amalek, the king had mercy on its monarch, Agag, sparing his life. As evidence that Saul eventually acted with cruelty to merciful people, the Gemara quotes the Navi that years later Saul showed no such compassion when he killed out an entire city of Kohanim because they had given shelter to his nemesis David.

But is this always the case? Must being kind to the cruel inevitably lead to the reverse? If we view the Midrash as only using the example of the Kohanim to show the middah of cruelty in Saul, there is actually a deeper meaning in the observation that kindness to the cruel leads to cruelty. When one is kind and helpful and protective of those who are cruel to others, it is automatically an act of cruelty to innocent people.

Clearly there was no conscious cruelty motive in Saul’s allowing Agag to live. But what was the actual result? Although Shmuel HaNavi executed Agag the very next day, Agag still had time to impregnate a woman with a son whose descendants rebuilt the nation of Amalek, leading to everlasting misery for the Jewish people (until Mashiach comes).

The mitzvah to confront child molesters is incumbent upon each of us. As Rabbi Shea Hecht charged at a recent gathering for the National Jewish Week for the Prevention of Child Abuse, when Shimon and Levi held the entire city of Shechem accountable for the rape of Dina by only one of its citizens, it taught us for all time that someone who abuses even one Jewish girl or boy must be confronted by every member of society.

Excuses for not doing so include bogus halachic claims of mesira, lashon hara and chillul Hashem; concern over the “unfair” suffering of the abuser’s innocent family (who are often victims themselves in need of help); and fear of lawsuits against yeshivas that have knowingly harbored molesters. Not one of these makes sense when the physical, emotional and spiritual safety of children is at stake. Psychological studies repeatedly find that molested children are significantly more likely to suffer later in life from depression, anxiety, substance abuse and addictions, posttraumatic stress disorder, sexual and interpersonal problems, and suicide.

On a communal level, we have protected abusers by not exposing them. We should be ashamed of ourselves. If we are to be redeemed, we must change our ways.

An open letter in 2007 from the Vaad Harabbonim of Baltimore stated that “it is already well established by our own Poskim that an abuser is to be considered a rodef (literally a ‘pursuer’), effectively poised to destroy innocent lives and, therefore, virtually all means may be used to stop him and bring him to justice.”

It is not good enough to teach children about “good touch and bad touch” in the hope that they will be able to protect themselves. We are responsible for their protection. We cannot afford to be squeamish about sending a message of zero tolerance to those who would abuse and harm them.

This is not about punishment or justice, though publicizing the molesters does put the shame back where it belongs. It is about public safety. Having compassion on the cruel molesters and protecting their identities is an act of cruelty that destroys innocent lives. If a doctor failed to quarantine a patient with a deadly contagious disease because it was embarrassing to the patient and his family, it would constitute the height of professional negligence, not an act of compassion. Child molestation is a deadly disease and parents need to know whom to keep their children away from.

Our gedolim have finally acknowledged that children are being abused, but as of yet have not named one single molester – not even publicizing those who have been convicted of crimes. This defies rationality. How can so many be molested without there being any molesters? Are parents supposed to be protecting their children from Martians?

At parent training programs, therapists from a leading frum mental health agency present a slide show with pictures from the newspapers of non-Jewish convicted sex offenders and soberly warn parents, “These are not the people you need to be afraid of.” Would it not make more sense from an educational perspective to show pictures of the people whom parents do need to be afraid of? 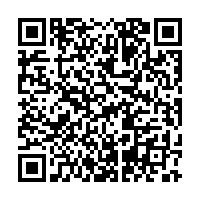