NATO’s strategic objective should now be to bring down Russian President Vladimir Putin and see him replaced by a less dangerous leader. If he fails to achieve his goals in Ukraine, harsh constraints are imposed on Russian oligarchs, and suffering is inflicted on ordinary citizens by Western diplomatic and economic action; his current adventure might cause him to self-destruct.

If that does not happen, Putin will remain a permanent threat to NATO, Europe and the world. Russian law now allows him to hold onto power at least until 2036. He apparently aims to re-create the Soviet Union in a new form and restore Russia’s superpower status by pushing NATO back, regaining Moscow’s dominion over its eastern neighbours. He is now also demanding the nuclear disarming of Europe.

Putin’s next targets could be Moldova or the Baltic states which, like Ukraine, he reportedly considers illegitimate and properly part of Russia’s sphere. If further suffering and bloodshed are to be avoided, the West must do all it can to ensure his current aggression fails. At last we are seeing unity among NATO countries, with unprecedented sanctions already beginning to bite and the Russian economy heading towards freefall. To halt Putin’s broader ambitions, it is also essential that NATO keep the Ukrainian army fighting and that includes financing the war effort and getting lethal weapons and military equipment to Ukrainian forces.

In the event, as seems likely, that Putin does prevail in Ukraine, we should now also be preparing to support a resistance movement against a potential Russian army of occupation. That would include supplying weapons, intelligence and surveillance, as well as offensive cyber capabilities, and sending in undeclared advisors to help. Moscow should be driven into a quagmire in Ukraine, with a stream of body bags heading back to Russia (rather than mysteriously “disappeared” in the mobile crematoria that Ukrainian President Volodymyr Zelenskyy says are ominously following behind Russian forces). It is not that we want to see Russian conscripts killed, but heavy casualties would help deter further aggression and destabilise Putin’s regime.

The previous pattern in the West has been to impose sanctions and then allow them to fade away to nothing when the situation settles down. That is what happened in 2014, when Putin invaded Crimea, and that is what’s happening with Iran’s aggression against Middle Eastern countries and its burgeoning nuclear weapons programme. It must not happen with Putin. Western countries should make it clear now that sanctions and other actions will be permanent. They should be stepped up to include severing diplomatic relations and banning exports as well as denying access to seaports, airspace and airports and excluding Russian teams from sports competitions, and cultural and scientific events.

To intensify the pressure, some have suggested that all Russians could be banned from entering Western nations and, going further, those who are already there could be expelled. This would have far greater effect on ordinary Russians than sanctions against a handful of distant oligarchs about whom they care nothing.

Russia’s war of aggression is illegal under international law, and compounding that illegality there are widespread reports of war crimes inside Ukraine, with allegations of deliberate targeting of protected civilians. These crimes will likely continue and increase. All such atrocities should be systematically recorded, aiming to bring those responsible into the dock at the International Court at the Hague, with Russian leaders indicted for crimes against humanity.

In short, Russia must be isolated and turned into an international pariah not just while Putin’s army is assaulting Ukraine but for as long as necessary. These actions will inflict damage on us as well, as Russia retaliates with its own sanctions and restrictions. The short term pain can be ameliorated in the medium term by eliminating dependence on Russian energy, increasing gas supplies from North Africa, the Adriatic and the Mediterranean. Also by reopening in the United States the world’s largest supply of energy, which President Joe Biden began closing down his first day in office, and by fracking and building nuclear power plants.

Putin will also try to exact revenge against Western countries, including cyber war and his trademark assassination programme. The development of our cyber defences, as well as offensive capabilities must be accelerated urgently and intelligence services expanded to counter and inflict severe damage to Russian espionage agencies.

The Chinese Communist Party will help defray harm to Russia by providing economic aid, and China is set to buy up energy supplies that can no longer go into Europe. Some argue that punitive Western moves will drive Russia into China’s arms. It is already there: Russia is the biggest single recipient of Chinese financial support globally, and Putin and Xi have established a military alliance.

Meanwhile, NATO armies must be built up — as Germany has, remarkably, just promised to do — and deployed in strength into northern and eastern European countries that are in Putin’s immediate line of fire. Britain, for example, decided last year to drastically reduce its already meagre tank and infantry units. Those cuts should not only be cancelled but reversed, with military forces rebuilt towards the Cold War levels of the 1980s.

Where Putin demands that NATO pull back, it should push forward. Some may see this as provocative, but it is in fact a sign of strength which will do more to deter Putin than appeasing him. He knows his talk of threats to Russia from NATO is nothing more than an excuse for his own territorial ambitions, motivated by fear of proximate Western freedom and prosperity undermining his grip on power. He knows that NATO poses no military threat to Russia and that it is a purely defensive alliance. If it is to restore the credibility it once had, which Biden’s Afghanistan debacle did much to undermine, NATO must regain its strength — not only in military power but also the demonstrable political will to use it.

The US and NATO may not be able or willing to directly bring Putin down; that probably can more realistically be done from within. But as well as economic, diplomatic and legal action against Russia and the individuals who are responsible for this war, we should give maximum support and encouragement to potential successors to Putin that we identify as reasonable and moderate.

The difficulties of this cannot be underestimated. Putin’s chief opponent, Alexei Navalny, whom Moscow’s security services tried to murder with Novichok, is in prison and his political movement outlawed. Dmitry Muratov, who won last year’s Nobel Peace Prize for his efforts to safeguard freedom of expression in Russia, recently lamented that no-one was able to stop Putin’s aggression in Ukraine. The few senior officials who urged restraint as Putin planned to invade were quickly swiped aside. His generals are compliant and the Duma and Federation Council are packed with his vassals.

Before the invasion, America and Britain published intelligence that woke up the world to Putin’s aggressive intentions even as he repeatedly denied them. We can use the same technique to foment dissent by relentlessly exposing Putin’s criminality, corruption and kleptocracy to the Russian people. We can wage endless targeted economic and legal warfare against Russian oligarchs, pressuring them to turn on Putin and mount a palace coup.

Our message to the Russian people should be clear from the start: we will neither accept nor allow Putin’s belligerence in 21st Century Europe and we will damage the country and its leaders until the danger to us is eliminated. At the same time we should make it clear that when this happens we will be generous towards the Russian people, warmly welcoming them back into the rules-based order and encouraging them towards greater unity with Europe and the West if they wish.

We should also be prepared to offer economic support, a modern-day Marshall Plan. As our isolation of Russia will be costly, so will its rehabilitation. Even such astronomic costs, however, are cheaper than the alternative, both in dollars and human life. The stakes could not be higher. In recent days Russia became the first country ever to attack a nuclear power plant, risking meltdown and untold human and ecological disaster. Meanwhile Putin twice threatened the West with nuclear weapons in the last week.

As Israel often reminds us over Iran, if a leader threatens us with annihilation we cannot afford to hope he is not serious. Had the world focused on getting rid of Hitler in the 1930s rather than appeasing him, we may not have seen the horror of a global war that killed 70 million people.

The urgency of a Western message of strength goes even beyond Russia. China’s President Xi has greater territorial ambitions than Putin, and they are being played out today in every continent around the world. Xi’s Ukraine is Taiwan, and it may be that visiting catastrophe on Russia’s dictator will deter his friend in Beijing. 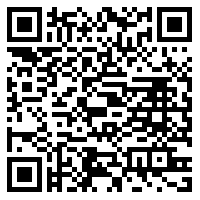